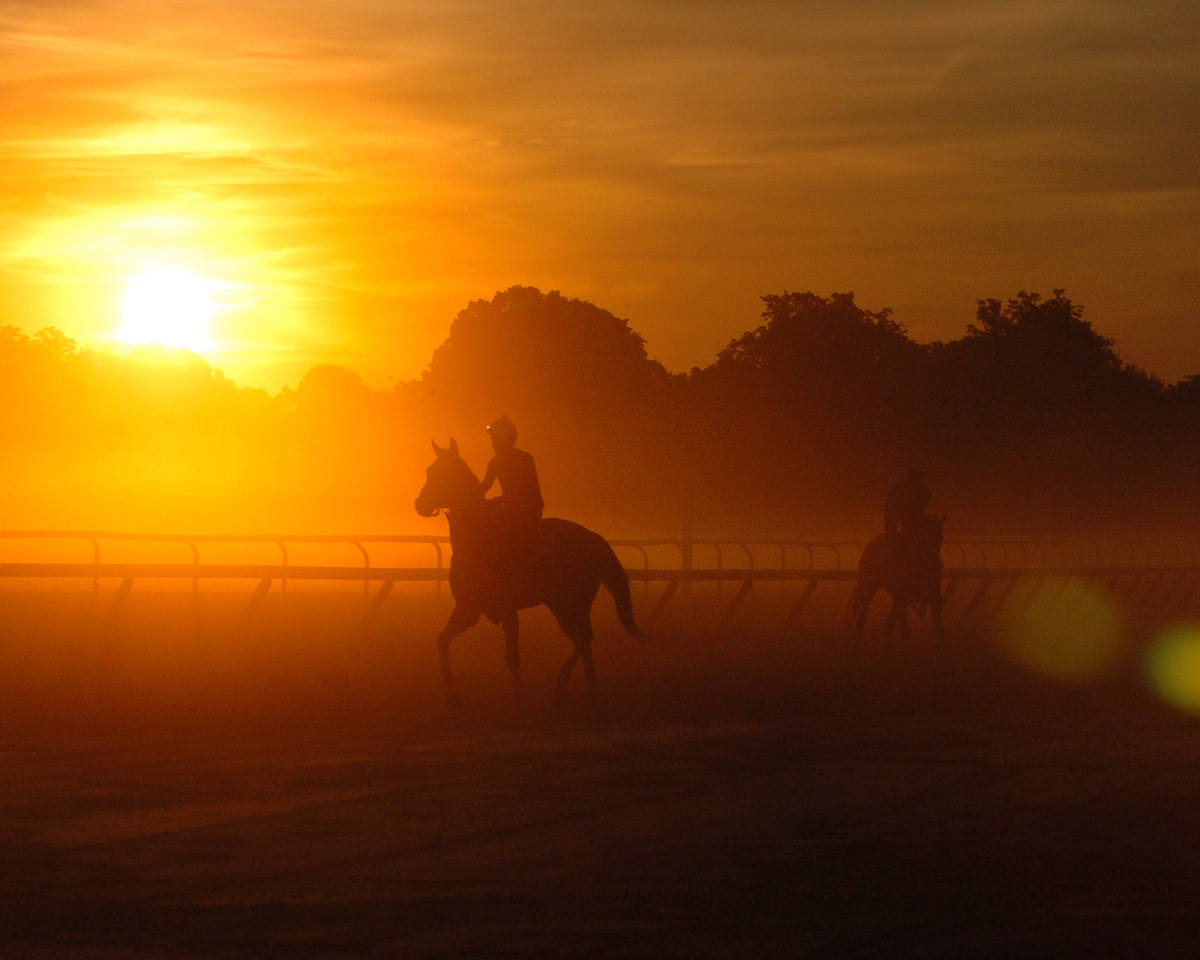 The New York Racing Association (NYRA), in conjunction with the New York Thoroughbred Horsemen’s Association (NYTHA) and the state Gaming Commission (NYSGC) have announced cancellation of Saturday racing at Saratoga Race Course in anticipation of predicted excessive heat that could pose a health risk to both horses and riders.

The 13-race card has been rescheduled for Sunday, but extreme conditions are predicted to last through the weekend and officials will continue monitoring forecasts.

Saratoga is among the racetracks that have cancelled Saturday race cards in response to a massive heat wave moving from the Midwest to states near the Eastern seaboard and into New England. Heat indices, the combined effect of temperatures in the high 90s with corresponding high humidity, are predicted to rise to between 105–110 degrees Fahrenheit.

New York Racing Association officials called it a “sensible decision” not to run. It is the first time in 13 years a race card has been cancelled at “The Spa” because of extreme heat. Races were last cancelled there Aug. 2, 2006 when heat indices topped 110 degrees Fahrenheit.

“Working in consultation with NYTHA and following the recommendation of Dr. Palmer, we are cancelling Saturday’s card in the best interests of the safety of our equine athletes and horsemen,” said NYRA CEO and President Dave O’Rourke in a statement announcing the decision.

“Assessing the safety of racing conditions, including weather, racing surfaces and race day scrutiny, is of the utmost importance to NYRA and our industry partners.”

New York-based trainer Chad Brown, who had horses slated to run in 11 races, applauded the decision.

“I think it’s a great idea. I’m happy they moved the card just to be safe for all the horses and all the staff working with them.”

The hoped-for move to Sunday would avoid complications involved in rescheduling all 13 races, many of which are significant.

Delaware Park canceled its Saturday card on the recommendation of the Delaware Thoroughbred Racing Commission. The card will be made up Oct. 3.

“With the forecast calling for extreme temperatures and high humidity this weekend, we have decided to cancel our live racing programs both Saturday and Sunday,” said Sal Sinatra, Maryland Jockey Club President. “The health and safety of our horses and jockeys are of the highest priority.”

Among the races cancelled at Finger Lakes is the New York Derby, the race in which New York-bred Not That Brady was slated to run in hopes of earning a gate to the Aug. 24 Travers Stakes (G1) at Saratoga.

Officials at New Jersey’s Monmouth Park are closely monitoring weather conditions, but for now have decided to proceed with Saturday’s running of the $1 million 1 1/8th mile Haskell Invitational Stakes  (G1).

The Haskell is a major feature of the unofficial start of racing’s “second season.” It can help determine year-end championships in a year in which there is no clear outstanding runner among three-year-olds. As part of the Breeders’ Cup “Win And You’re In” program, the Haskell winner is awarded an automatic paid gate in the Nov. 2 Breeders’ Cup Classic.

This year’s eagerly anticipated 52nd running of the race is slated to feature a rematch between Maximum Security, disqualified as the winner of the May 4 Kentucky Derby (G1), and King For A Day, winner of 1 1/16th mile Pegasus Stakes at Monmouth June 16, the only horse to cross the finish line first in Maximum Security’s six races. The Todd Pletcher-trained son of Uncle Mo has won three of five starts also including The Sir Barton Stakes on the Preakness undercard May 18 at Baltimore’s Pimlico. Highly regarded Mucho Gusto also is scheduled to be in the race.

Monmouth Park officials said a number of safety protocols regarding heat and humidity will be in effect and the race, scheduled for 5:45 pm and broadcast nationally on NBC, could be delayed if necessary until temperatures lower. A high of 95 degrees Fahrenheit and a heat index in the triple digits is predicted for the Oceanport, New Jersey track.

The heat preparations will include extra hoses for horses to cool down before and after races and a misting system in the paddock. Post parades may be shortened to keep horses and jockeys out of the sun and minimize exposure to heat and humidity.

“The safety of the horses, the jockeys and the fans really does come first here,” said Monmouth Park’s spokesperson Tom Luicci. “We’re prepared for the heat.”

The cancellations and weather precautions come in the wake of controversy involving California horseracing, including 30 horse deaths at Santa Anita Park during its Dec. 26–June 23 meeting, which some have attributed to unseasonably excessive rainfall in Southern California.

Notwithstanding the Monmouth precautions, People for the Ethical Treatment of Animals (PETA) has urged track officials to cancel and reschedule the Haskell.

“Heat kills, so it’s extremely foolish and reckless for Monmouth Park to stay open with temperatures soaring to record highs,” said PETA Senior Vice President Kathy Guillermo in a statement. “PETA urges Monmouth and the New Jersey Racing Commission to postpone the Haskell Invitational and cancel racing for the weekend. This is the only way to protect Thoroughbreds from heat-related injuries, as New York, Maryland, and Pennsylvania tracks have already recognized.”

Monmouth officials said in addition to the heat precautions, they will consider delaying post times and postponing races if weather becomes too extreme.