Eric Lamaze Speaks Out on Brain Tumor for First Time 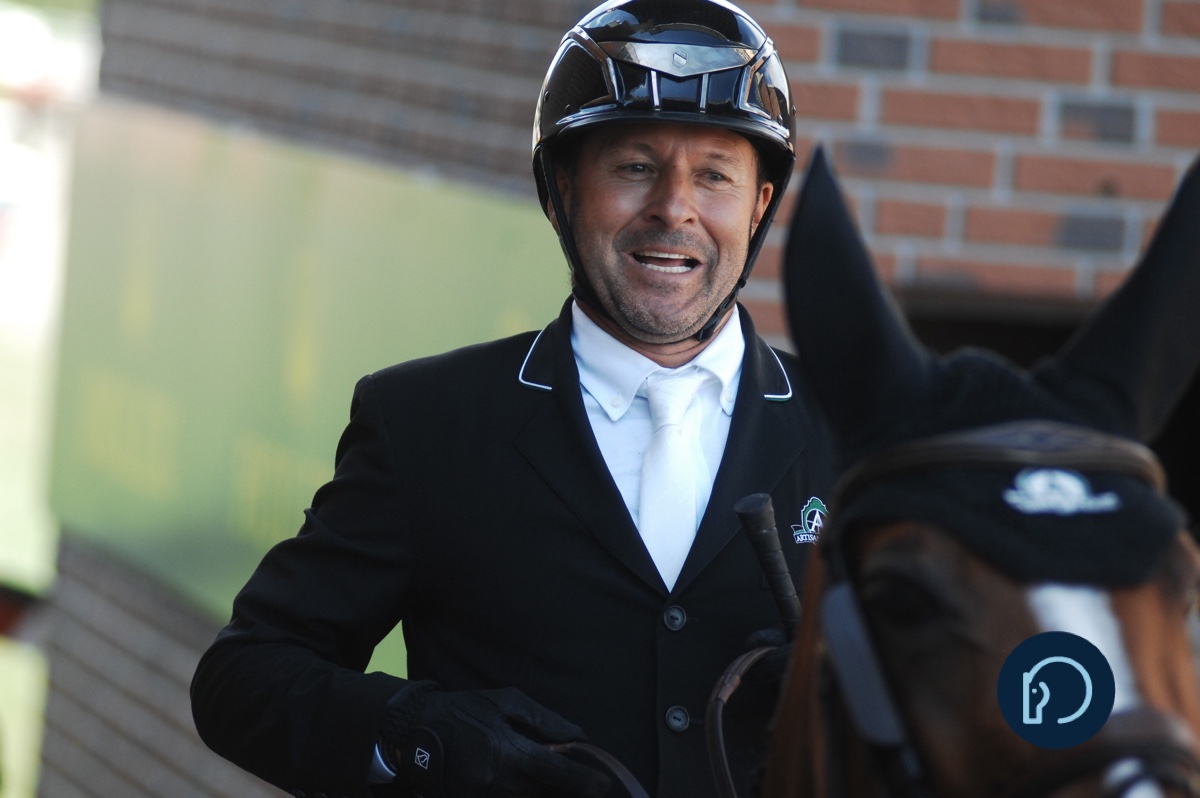 The rumors have swirled for over a year, but apart from a single social media post in December announcing that he was taking a break from competition for “health issues,” Eric Lamaze (CAN) has said nothing on record about the extraordinary challenges he’s been facing.

In an emotional interview in French for RMC Sport’s Horse Series, the Olympic gold medalist and former world number one spoke out for the first time about the brain tumor that he’s been battling for the past year and a half.

“It took me a very long time to be able to discuss it with the people around me,” Lamaze told RMC Sport’s Kamel Boudra. “The last thing I wanted was to scare them, I did not know how to tell them. I retired a little socially, from a lot of people already, I was going to bed very early.”

The 2008 World Equestrian Games individual bronze medalist continued to keep riding while in treatment, but said he stepped away from the sport when he felt his body could no longer do it, at one point convinced he’d reached “the end.”

Said Lamaze in the interview:

“I was trying to keep riding, I had decided to continue riding until the day when it would not go anymore. The head was going but the body was saying no, and then I made the decision to leave because I honestly thought this was the end.”

The Canadian veteran went on to speak about the support he’s received from current world number one Steve Guerdat (SUI), the value of friendship, and the emotional toll of losing his famed mount Hickstead.

Lamaze returned to competition in February and has been named to the Canadian team that will contest the Longines FEI Jumping Nations Cup™ of Canada next week at Thunderbird Show Park. The most successful Olympic show jumper in Canadian history, he won both individual gold and team silver in his Olympic debut in 2008 and individual bronze in 2016. He’s captured nearly every major grand prix title in the world, including the CN International Million (twice), Geneva (2008), Aachen (2010), La Baule (2011), and Rome (2011).