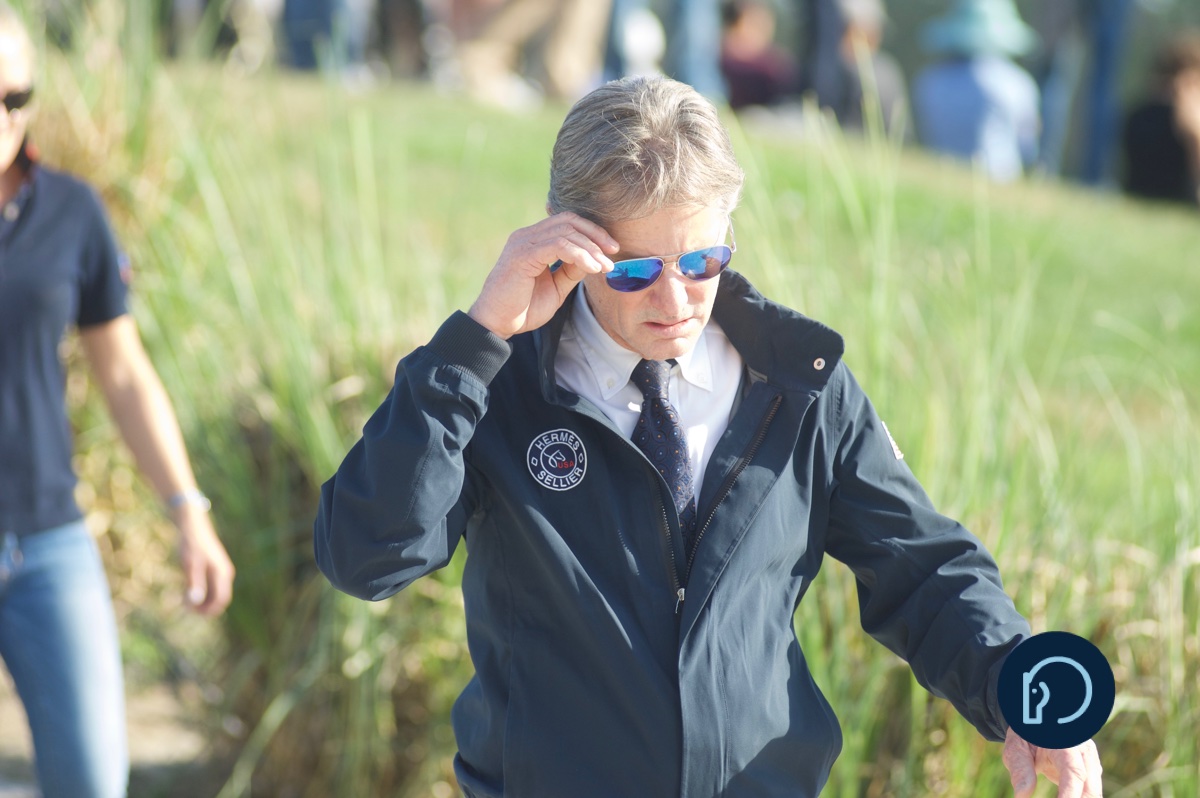 This week in “It’s About Time!” news, Robert Ridland is to be inducted into the Show Jumping Hall of Fame.

From elite athlete (he’s an Olympian) to media personality (Ridland was a show jumping sports analyst for ESPN and NBC), from technical crew (he’s an award-winning course designer and an FEI official) to competition management (he’s also president of Blenheim EquiSports), there are few hats Ridland hasn’t worn in competitive equestrian sport.

But it’s his most recent that is perhaps his most successful.

Following in the footsteps of show jumping legends Bertalan de Némethy, Frank Chapot and George Morris, Ridland was named US chef d’equipe/technical advisor in 2013. Under his tenure, the American show jumping team has medalled at every Pan American Games, World Equestrian Games and Olympics since and won three FEI World Cup™ Finals.

As a personal aside, he’s also an individual who on separate occasions has said that my “questions are hard” and that my last story idea for him “sounds dumb,” which was both flattering and humbling in equal measure—and likely an accurate representation of the straightforward communication style that makes Ridland good at his job. Or jobs as the case may be.

Here’s his full bio from the press release:

From Olympic rider and network broadcaster to international official, award-winning course designer, and U.S. Chef d’Equipe, Robert Ridland has had a career in show jumping that is virtually unparalleled.

While still an undergraduate at Yale, Ridland was selected for his first Olympic team for the 1972 Games in Munich. Four years later, he helped the U.S. to a fourth place finish at the 1976 Games in Montreal.

Ridland achieved great success in the ring throughout the 1970s and ’80s. Among his more noteworthy accomplishments were wins in the American Invitational in Tampa Stadium, the Grand Prix of the United States at the National Horse Show in Madison Square Garden, and the Grand Prix of Switzerland at Lucerne.

Ridland rode on winning Nations Cup teams at Lucerne (1976), Rotterdam (1978), Toronto (1978) and Spruce Meadows (1986) and also rode in the FEI World Cup™ Finals in Gothenburg in 1981. Twice he finished in the top 10 of the AGA Rider of the Year standings, including 1986 when he was third. In 1985, he set what were then AGA records by winning three straight events and placing four horses in a single Grand Prix.

Expanding his career into television, Ridland served as analyst for show jumping telecasts on ESPN and for the 1986 World Championships on CBS. He had the same role for NBC during the 1992 Olympic Games in Barcelona and the 2004 Olympic Games in Athens.

Turning to course designing, Ridland was equally successful and he was selected to design courses for major events such as the U.S. Olympic Trials (1992 & 1996), Hampton Classic, Paris CSI, and Central American Games. Twice he was honored as the U.S. Equestrian Federation’s Course Designer of the Year.

As an FEI official, Ridland served as FEI Technical Delegate at four FEI World Cup™ Finals including Gothenburg (1995), Helsinki (1998), Milan (2004) and Kuala Lumpur (2006). He has served on the FEI Jumping Committee and on the Board of Directors of the AHSA, USET, USEF and Show Jumping Hall of Fame.

With the start of the new millennium, Ridland established and became President of Blenheim EquiSports, a management company that produces approximately 20 show jumping competitions a year and more FEI Championship events than any other equestrian management company in the U.S. In that role, Ridland managed the Olympic show jumping Trials in 2000 and 2004 and the World Equestrian Games Trials in 2002. He also produced the Oaks Blenheim International CSI**** in 2001–2003 and was Competition Manager for the FEI Children’s Jumper Finals in 2004–2006 and the highly-acclaimed FEI World Cup™ Finals in Las Vegas (2000, 2003, 3005, 2007, 2009). In 2008, he was named co-manager for the 50th anniversary Washington International Horse Show, a role in which he continued through 2012.

In 2013, Ridland was named the U.S. Show Jumping Chef d’Equipe/Technical Advisor, following legendary predecessors Bertalan de Némethy, Frank Chapot and George Morris. Since he assumed that role, the U.S. has won at least one medal in every Pan American Games, World Equestrian Games and Olympics, in addition to winning three FEI World Cup™ Finals! The success of his program was highlighted in 2018 when the U.S. won team Gold at the FEI World Equestrian Games™ and claimed first, second and fourth places at the FEI World Cup™ Finals.

Joining Ridland in the 2018 class of inductees for the Show Jumping Hall of Fame are show announcer and USEF/FEI-rated judge Peter Doubleday; Olympic rider and coach and first United States Equestrian Team president, Colonel John W. “Gyp” Wofford; and Bold Minstrel (aka, “Fatty”), the only horse in history to win medals for the U.S. at the Pan American Games in two different disciplines.

An honor that is bestowed annually, Show Jumping Hall of Fame inductees are selected for contributions to the sport have set them apart and whose influence has had a significant impact on the sport of show jumping and the equestrian community.