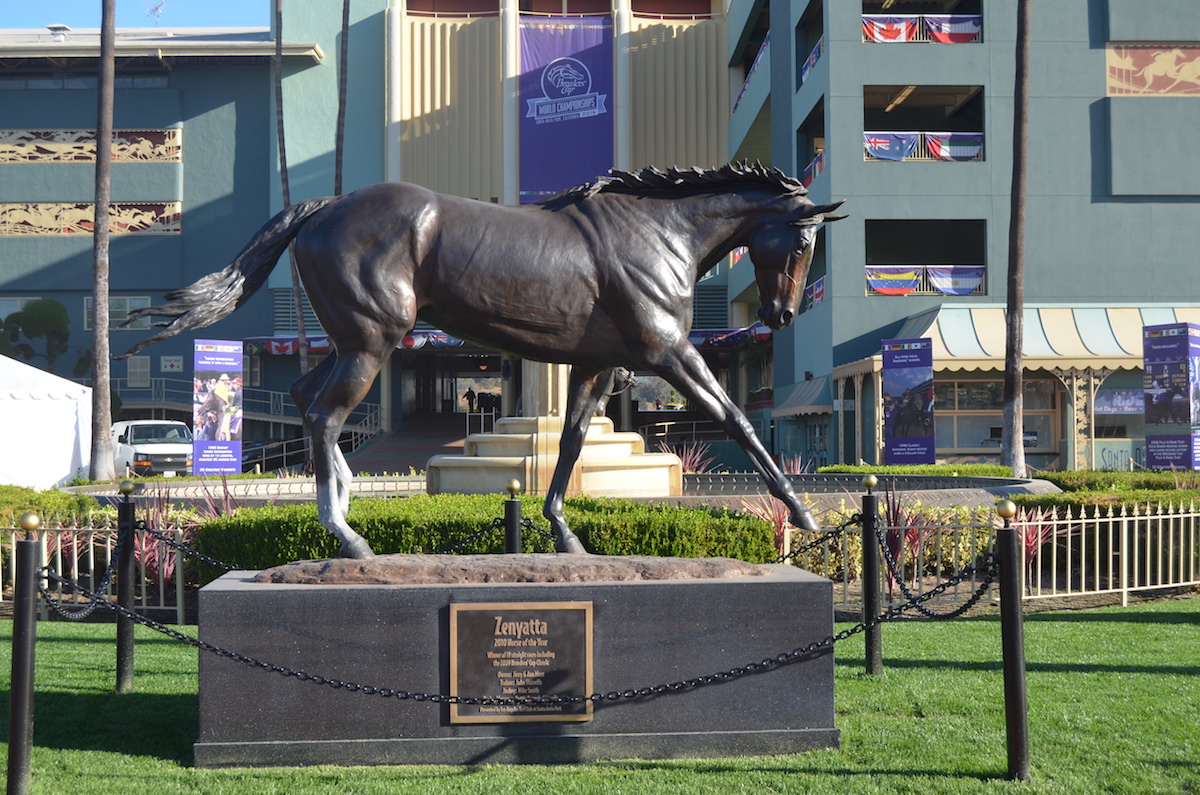 It is being reported that three-year-old maiden filly Princess Lili B broke both forelegs following the end of a half-mile workout Thursday morning at Santa Anita Park and was euthanized, this according to her trainer David Bernstein as reported in the Daily Racing Form by Brad Free.

Santa Anita Park has been plagued by horse fatalities since the winter season opened on Dec. 26, this being the 22nd reported fatal incident.

The track was closed for racing on Tuesday March 5, pending further evaluation of the surfaces. It was reopened for galloping and jogging, but not timed workouts, yesterday, Wednesday, March 13, following retesting of the surface by veteran trackman and previous Santa Anita superintendent Dennis Moore.

“Everything went well,” Moore is quoted as saying in a press release. “The main track is good. All of the test data support what we experienced.”

A reported 196 workouts were completed Wednesday without incident, prior to this morning’s fatality.

Tim Ritvo, chief operating officer of The Stronach Group, which owns Santa Anita, is quoted as saying, “We are devastated.”

A spokesperson is quoted as saying a “major corporate announcement” is planned for midday Thursday.

The problems have altered the racing schedule and have had an impact on prep races for The Kentucky Derby with the cancellation of the San Felipe Stakes (G2). Santa Anita Park is scheduled to host the Breeders’ Cup Championships Nov. 1–2.

This is an evolving story.