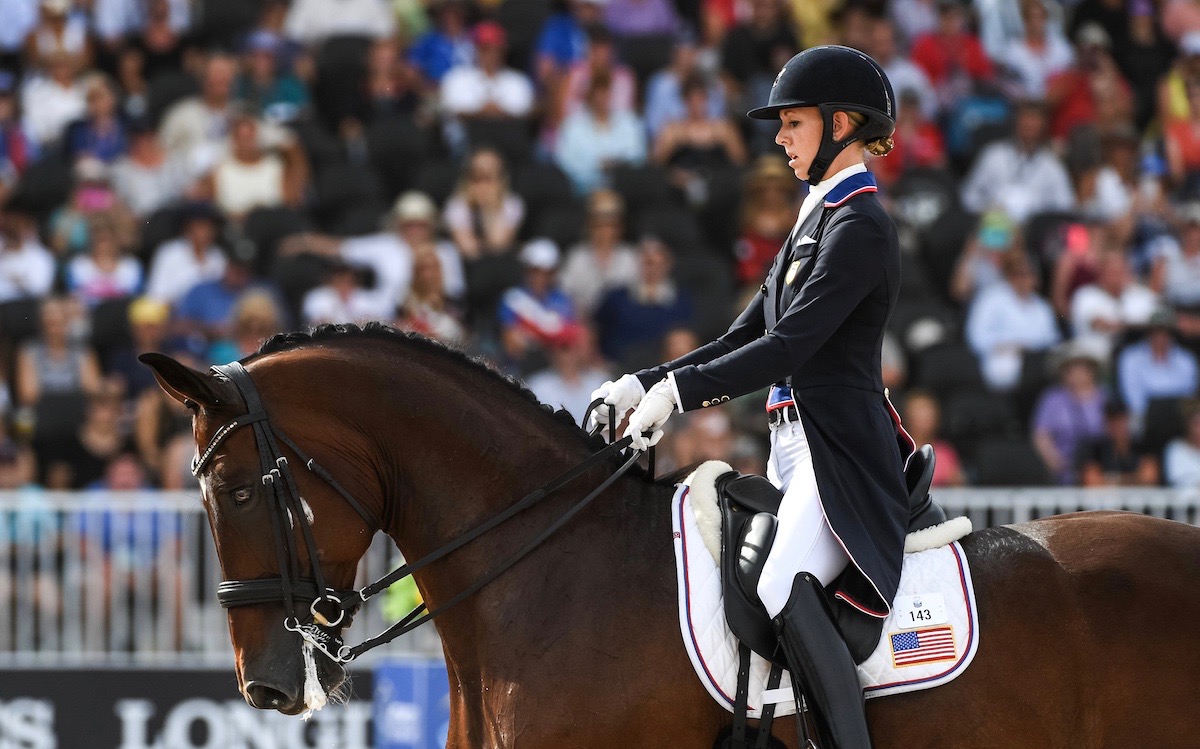 Dressage is the latest victim of the weather in North Carolina.

Or of untenable logistics. You be the judge.

Late Friday night, the press office at the FEI World Equestrian Games™ Tryon 2018 released a statement announcing that several events originally slated to run on Sunday would be rescheduled to Monday due to extreme rainfall forecast by the National Weather Service. Specifically, the final Jumping phase for Eventing was moved to Monday. Depending on further official weather updates, it was the organizers’ intention to move the Dressage Freestyle from its original time slot of 8.30am on Sunday to Monday, as well.

A subsequent release at 1:09 pm on Saturday hinted at more dire measures:

“Contrary to reports in the media, please note there is no decision to cancel the Dressage Freestyle. Discussions on the potential rescheduling of the Freestyle are still ongoing.”

The final death blow was leveraged with a third release at 3:29 pm today declaring that the Helgstrand Dressage Freestyle has indeed been cancelled. (Tear marks.)

“Despite the best efforts of the whole Tryon 2018 team and the Officials, who have been working on plans for rescheduling since yesterday evening, including meetings with the Chefs de Mission and Chefs d’Equipe, the logistics of putting all necessary elements into place in time have proved insurmountable. As a result, and very regrettably, the Dressage Freestyle will now be cancelled.

“This was not an easy decision, but we have explored every option, including trying to reschedule the horse departures, and even looking at moving the competition into the indoor with a change of footing, but the logistics of making all this happen are just not possible”, Tryon 2018 Organising Committee President Michael Stone said.

“We know this is desperately disappointing for the 15 athletes who had qualified their horses for the Freestyle, and of course for all the spectators who had bought tickets, but the weather has simply left us with no choice. Horse welfare has to be the top priority and flying the horses out on the same day as competition doesn’t work, so sadly the decision to cancel the Freestyle had to be taken.

“Although we are devastated that this decision has had to be taken, we’ve had two absolutely world-class competitions here at Tryon, including yesterday’s Grand Prix Special, and to see Germany’s Isabell Werth and Bella Rose taking double gold and Team USA claiming silver was a real treat for Dressage fans.”

The decision does not affect the Olympic qualification process, which was completed on Thursday. The dressage teams for Germany, USA, Great Britain, Sweden, Netherlands and Spain have booked their tickets to Tokyo 2020. It is disappointing, to say the least, for the legions of fans looking to watch Laura Graves and Isabell Werth face off one final time in Tryon. (Read: “EVERYONE.”)

Alas, as photographer/part-time comedian Sue Knox Weakley succinctly pointed out, only one Freestyle was destined to be ridden at WEG 2018…