Justify Is Retired From Racing 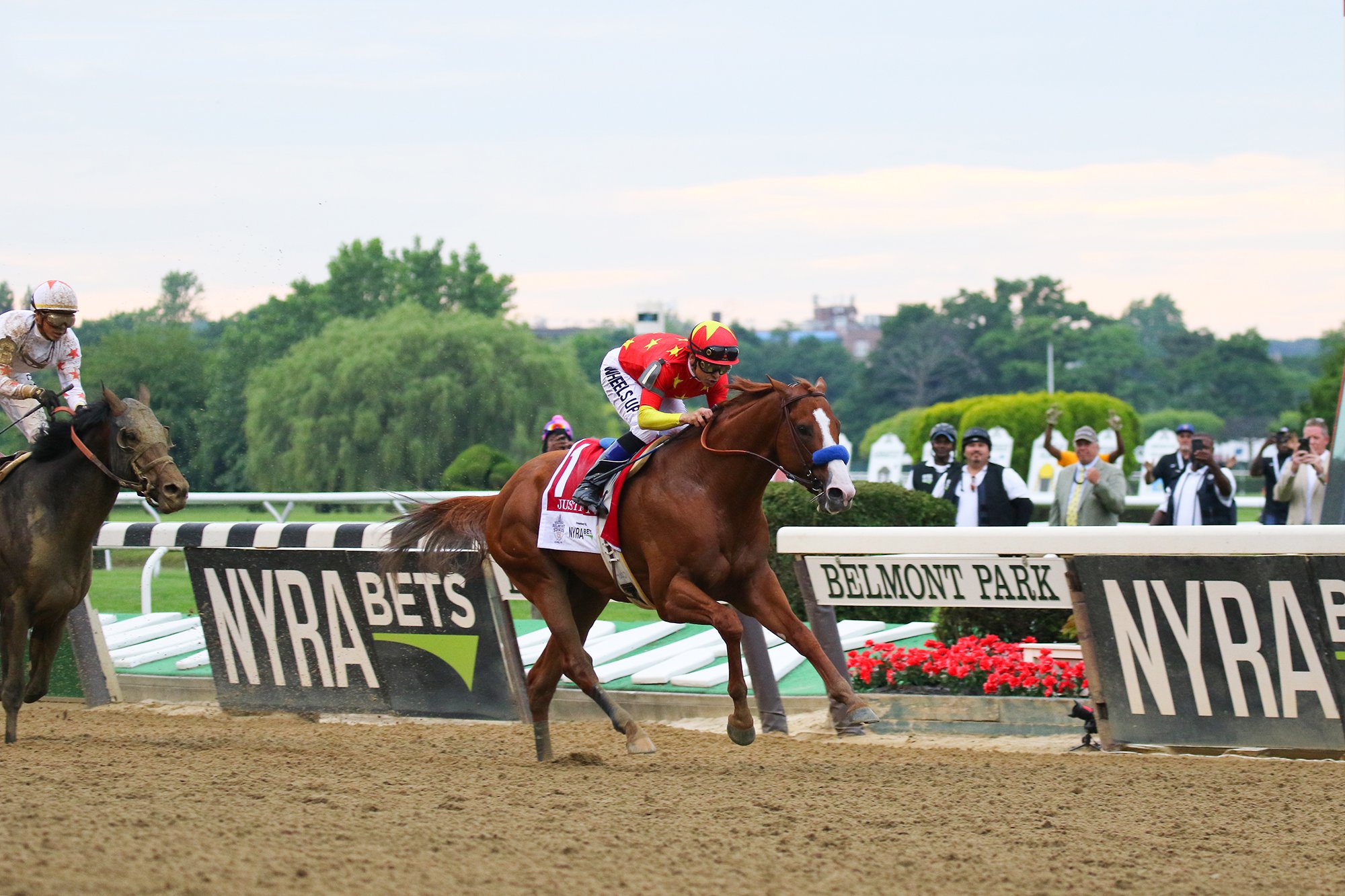 American Triple Crown winner Justify has been retired from racing.

The announcement came Wednesday following several weeks of speculation about his racing future after disclosure the three-year-old son of Scat Daddy had suffered recurring bouts of fluid filling in his left ankle following his Triple-Crown-securing win in the June 9 Belmont Stakes.

Trainer Bob Baffert was assigned the difficult task of breaking the disappointing news in a press release issued by the Champion’s connections:

“Justify had some filling in his ankle, and he is just not responding quick enough for a fall campaign,” wrote Baffert. “We all wanted to see Justify run again, but ultimately it is my responsibility to make sure he is perfect. Without 60 to 90 days, I cannot be definite (he can run).”

The 60-to-90-day time period is in response to Justify’s hoped-for entry in either the  August 18 Pacific Classic at Santa Anita, the August 25 Travers at Saratoga or the September 22 Pennsylvania Derby at Parx Racing near Philadelphia. Justify had already been ruled out for this Sunday’s Haskell Invitational at Monmouth Park, New Jersey.

One or more of these races would have served as preparation for the ultimate goal of the Breeders’ Cup Classic November 3 at Churchill Downs, the site of his Kentucky Derby win enroute to the Triple Crown.

Justify is currently owned by WinStar Farm, China Horse Club, Head of Plains Partners and Starlight Racing. He is reportedly the recipient of a $75 million breeding agreement with Ireland-based Coolmore Breeding to stand in stud at its breeding facility in Kentucky beginning in January and perhaps shuttle to Australia for the Southern Hemisphere breeding season beginning in July. Details of the agreement have not been made public.

“He is an incredible horse, and we are very disappointed he can’t run again,” said WinStar Farm owner Kenny Troutt. “All things happen for a reason, and we are blessed to have raced him to be the 13th Triple Crown winner in history.”

His retirement opens the question of his historical place among Thoroughbred Champions.

He vanquished the so-called Curse of Apollo, becoming the first horse to win the Kentucky Derby since Apollo in 1882 after not having raced as a two-year-old. He went on to win the muddiest Kentucky Derby in recorded history by 2 1/2 lengths over Good Magic and Audible on May 5, and an equally muddy and fog-enshrouded Preakness at Pimlico in Baltimore May 19 by a half length over Bravazo and Tenfold before securing his place in history as the 13th Triple Crown winner at Belmont on June 9, beating Gronkowski and Hofburg.

Beyond his legacy, there is the intriguing immediate question of his ranking in this year’s American Eclipse Awards, to be announced January 24, 2019 at Gulfstream Park, Florida.

Considered a shoe-in for Horse of the Year (HOY) as a Triple Crown winner, his retirement may open the door to other horses continuing to campaign through the summer and fall, most notably overall 8-1 and undefeated in 2018 Monomy Girl.

The popular Tapizar filly has won the G1 Kentucky Oaks, the filly complementary to the Kentucky Derby; the G1 CCA Oaks at Saratoga, the G1 Acorn Stakes at Belmont, the G1 Ashland Stakes at Keeneland and the G2 Rachel Alexandra Stakes at the Fair Grounds in New Orleans, LA.

Trained by Brad H. Cox, she is now expected to contend against males sometime during the fall racing season to burnish her HOY chances.