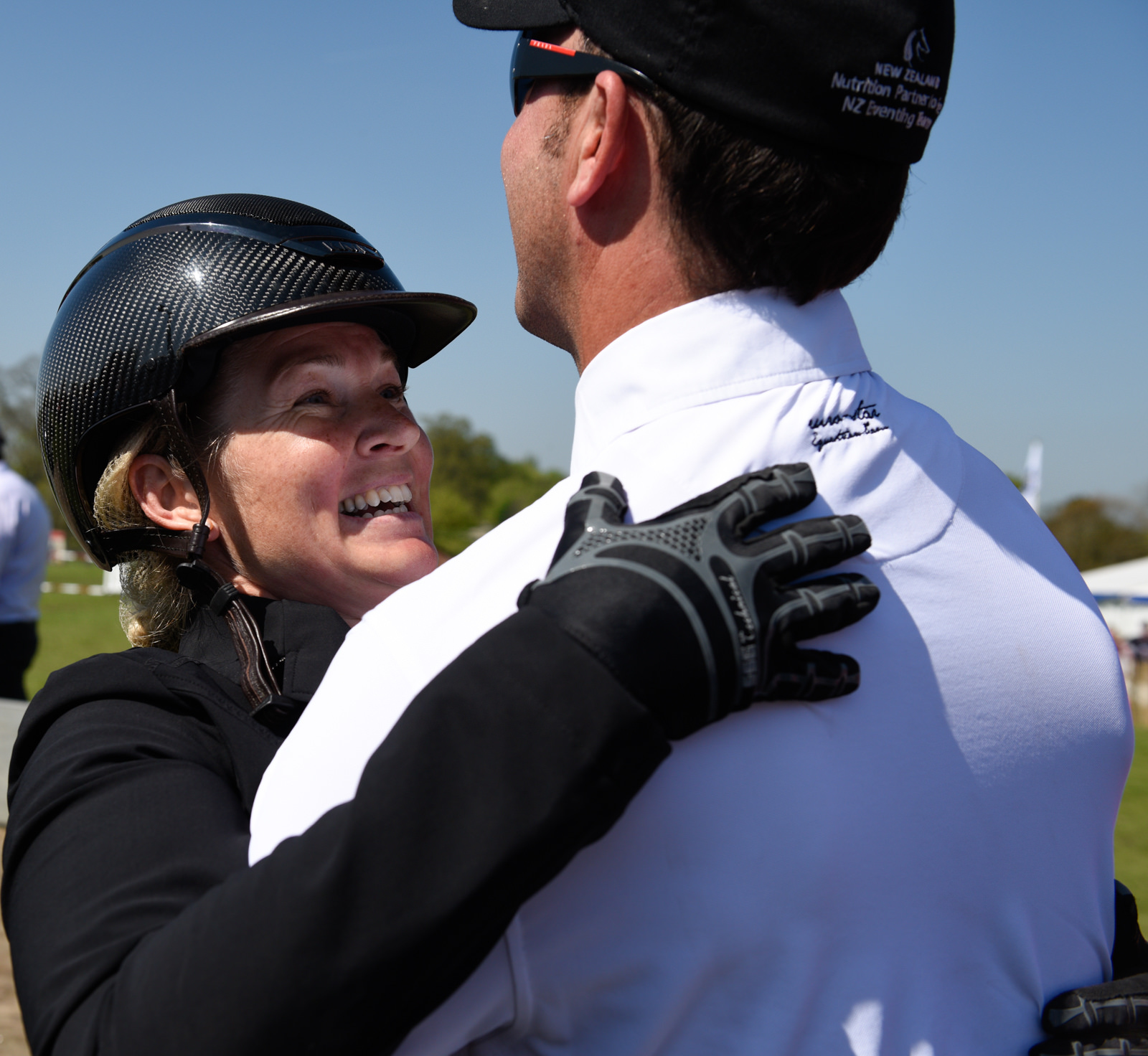 Less than ten months ago, the Olympic eventer became a mother, welcoming son Otis with her husband and Rio Games teammate, Tim Price.

On Sunday, she officially became a four star winner, too.

The first female winner of the Mitsubishi Motors Badminton Horse Trials in over a decade, Price climbed from 22nd after dressage to the top spot following cross country. Riding Classic Moet, she incurred just 0.4 penalties on Saturday’s course despite a hairy moment in the Lake (fence 9abc) when the mare got chipped to the brush in the water and twisted in the air.

“I was a bit rusty and too strong—it was my fault—so we had to abort,” explained Price. “I had been up on the clock until then and we were then 12-15 seconds down, so as soon as we were through the Shogun Hollow, I thought ‘Let’s go.’”

Today, the speedy pair clinched the win with a clear in the final show jumping phase, earning the 37-year-old rider her first four star title.

“Being a CCI4* winner is an elite club to join and it’s been something that has eluded me for a while now, so to now join it—especially here at the Mitsubishi Motors Badminton Horse Trials—is very, very special,” said Price, who’s immediate celebration plans involve “packing up” and “thinking about the eight horses she has to ride Wednesday and Thursday.” (See video below.)

The British rider had two horses in the top five following cross country. Ballaghmor Class was lying second overnight but lowered two rails in show jumping to drop to fifth. His second mount, Cooley SRS, posted a clear to jump from fifth to second overall.

“If you’d have told me I’d have two horses in the top five at the end of this week I’d be very, very happy,” said Townend. “I’ve had to fight harder than I’ve fought before and it didn’t always look like I wanted it to look, but both horses have come out of it feeling very good.”

Less favorable has been the response to British rider on social media. Townend was issued an official warning by the ground jury on Saturday regarding his over-use of the whip on both horses in the cross country phase. This morning, one of his mounts was held at the third horse inspection allegedly over marks on the horse’s side. Both incidents have incited ire from eventing fans online.

The ever consistent Ros Canter (GBR) finished the week in third, after lowering one rail with Allstar B. It was the same position she held after both dressage and cross country.

“I was a bit nervous going into the show jumping today because he felt quieter than usual in the warm-up and that rattled me,” she said. “But our round got better and better as we went on.”

Full results are available on badminton-horse.co.uk.