Marilyn Little Has “Some Things to Accomplish” in Tryon 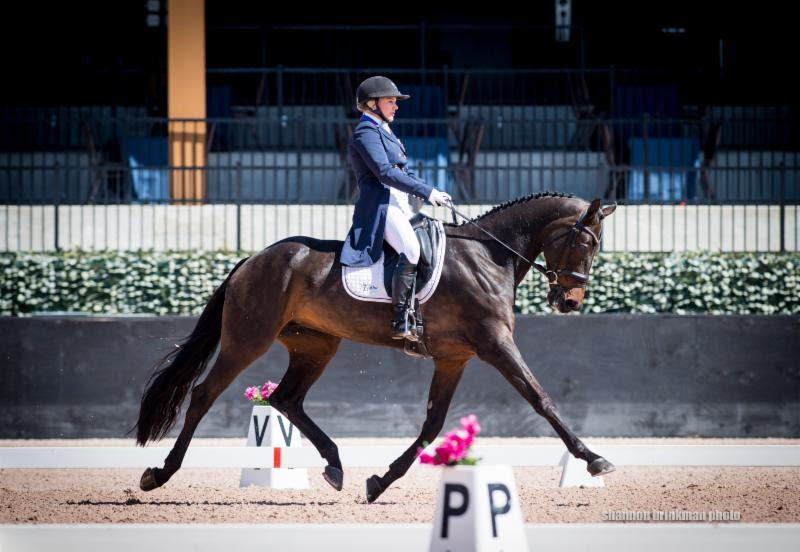 American eventer Marilyn Little is competing at The Fork in Tryon, NC this week with her veteran partner RF Scandalous.

Officially, it’s the FEI World Equestrian Games™ Eventing Test Event (WEG) for the the championship coming up this summer. But for Little, it’s also a personal proving ground.

“The Fork was wonderful for us, that was a great event. I came back in the fall for [the American Eventing Championships] and that didn’t go so well for me, so there are some things that I would like to accomplish out there.”

So far, the event is unfolding in their favor.

Little and the 13-year-old Oldenburg mare hold the lead after the dressage phase, having incurred a mere 24.2 penalties. It’s a personal best for the pair and their second dressage score in the twenties this year. In March, due logged a 25.6 in dressage at the Red Horse Trials CIC3* in Tallahassee, FL, an event they went on to win.

“I think RF Scandalous is much more mature than she was a year ago,” said Little. “She went in there [on Thursday] and had some of the best canter work she’s ever done. I was really pleased with her changes. She was perfect. She’s a dream!” 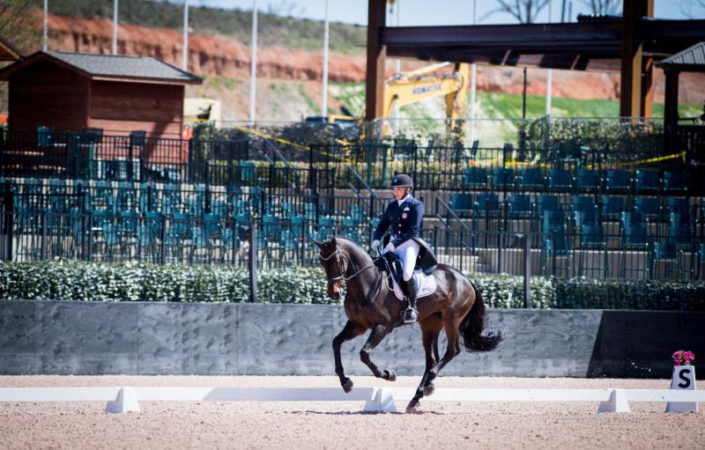 This afternoon, they’ll put their preparation to the test on the cross country course.

Thirty-six starters will contest the Captain Mark Phillips’ designed track. Little and RF Scandalous won the event last year and, with an astounding 10 out of 17 win rate in FEI events in since 2014, the defending champions are the favorites to do it again.

But Little says she’s playing this year’s course by ear. The Maryland-based rider has her sights set on the Land Rover Kentucky Three-Day Event approaching later this month and WEG this summer.

“I got to see the course yesterday and there are so many fly fences. I’m sure plenty will make the time, and I’m just not sure this is the event to push her. I’m working on rideability and control and it would be easy for the horses to get going out there because [Captain Mark Phillips] is using so many portables,” said Little.

“So, we’ll have to see how she warms up. I just rode her down there and back and she’s been pretty calm, so it’s nice to see that she’s changed a lot in a year. We’ll just see how she feels.

“This is her final competitive run before Kentucky,” continued the 37-year-old rider. “I was really thrilled with her, given that she is incredibly fit right now. My plan was to get her as fit as I could by this time, and then be able to back-off a little bit in April and fine-tune some things, so she’s coming into this event right where I’d like her to be.”

Live results for the FEI CIC 3* competition are available on Longines Timing.