Margie Engle Celebrates 60 with a 5* Victory, the Way Every Champion Should

Home > Blog > Show Jumping > Margie Engle Celebrates 60 with a 5* Victory, the Way Every Champion Should 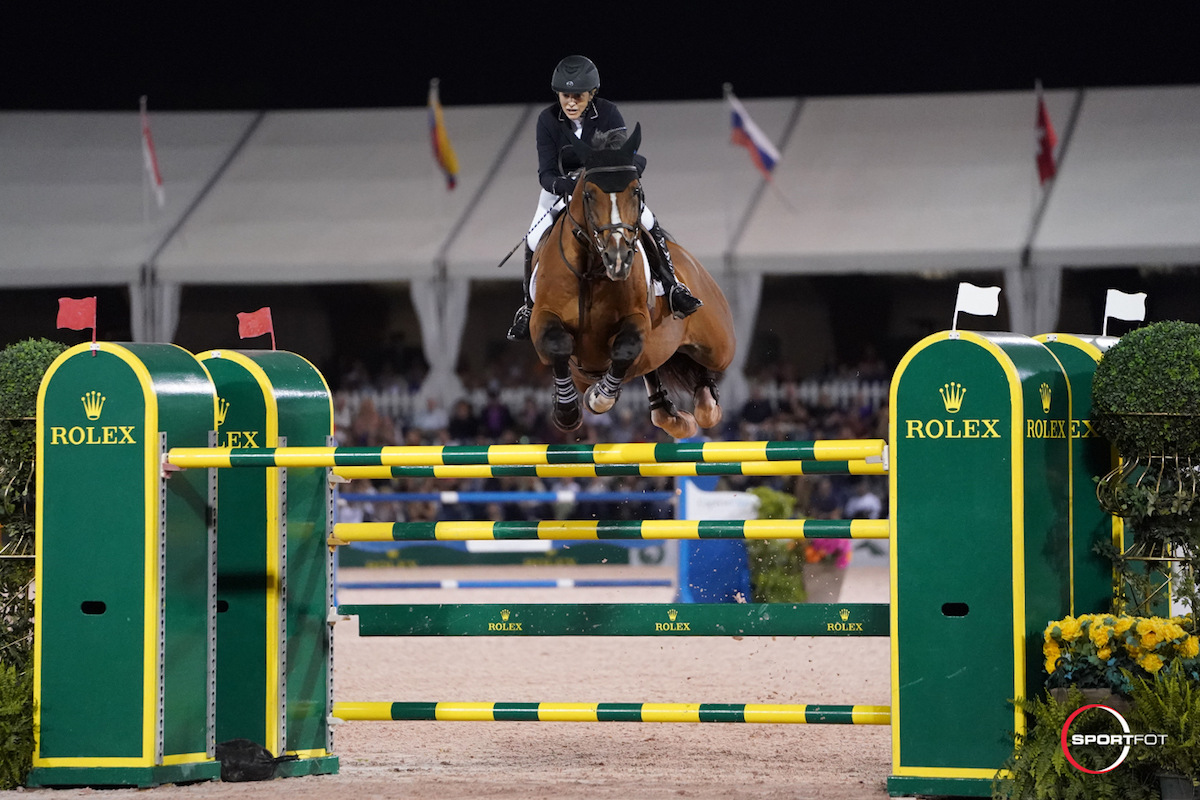 Margie Engle, the tiny titan of show jumping, won the biggest grand prix of the 2018 Winter Equestrian Festival on Saturday.

It was her birthday gift to herself, which everyone knows are always the best presents.

Riding veteran partner, Royce, Engle captured the $500,000 Rolex Grand Prix CSI 5* in the final “Saturday Night Lights” event of the Wellington, FL winter season. It also happened to be the day she was born precisely 60 years ago.

“It feels great. I saved him just for the five-star grand prixs. Unfortunately, I think it was week seven I got mono, so he got even a longer break. This is only his third week showing here, so he was plenty fresh. When everyone else is getting kind of tired, he was fresh.” 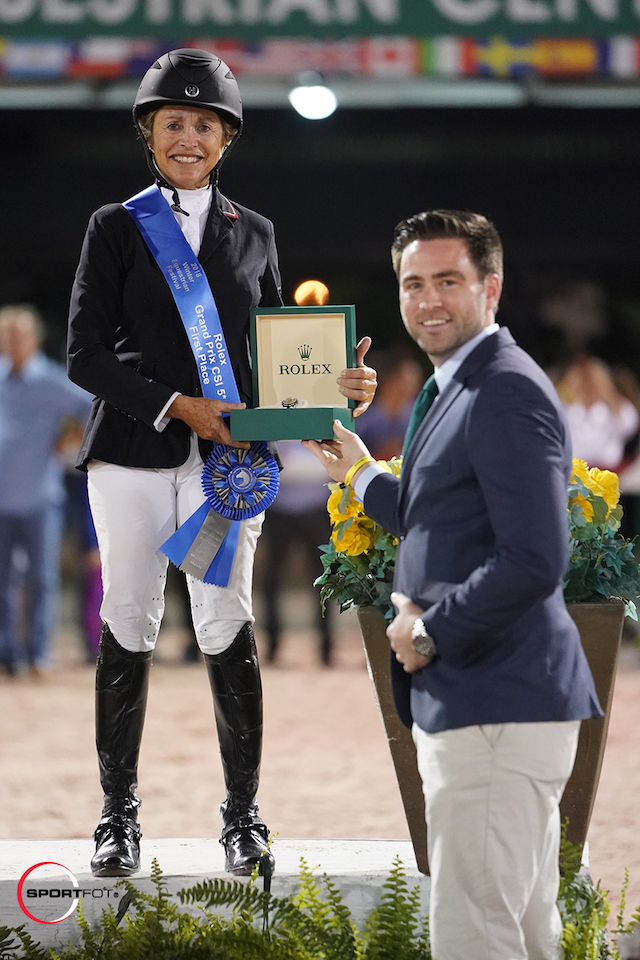 The small but mighty, Margie Engle.

Six of the 40 original starters found clear rounds over the Guilherme Jorge (BRA) designed track to advance to the jump off. Brazil’s Luis Francisco de Azevedo and Comic were the first combination to post a double clear, stopping the timers in 42.52 seconds. Then superheroes Engle and Royce swooped in and destroyed their time. Finishing in 39.35 seconds—more than three seconds faster—they were the only combination to squeak in under the 40 second mark.

Now in their eighth year together, Engle says her partnership with the 14-year-old Oldenburg stallion is only getting better.

“He’s a great horse,” she said. “All he lacked was rideability. I’ve had a lot of help between my husband doing the chiropractic, and Lisa Wilcox has been great working him on the flat with the dressage. He’s always had raw talent, but the rideability was an issue. Now he’s riding great. He just feels like he’s getting better and better.” 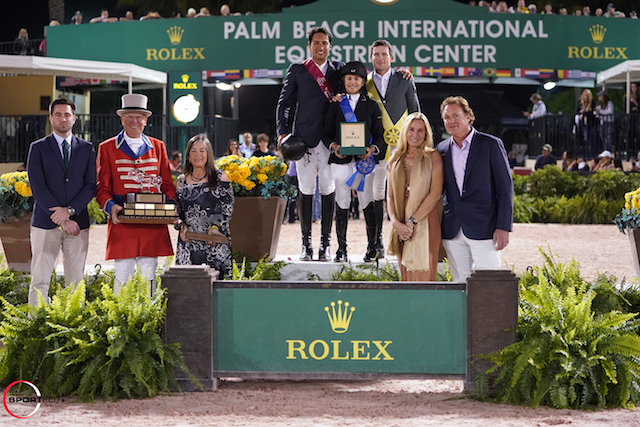