How Important is Your Saddle, Really?

Home > Blog > Tack Talk > How Important is Your Saddle, Really? 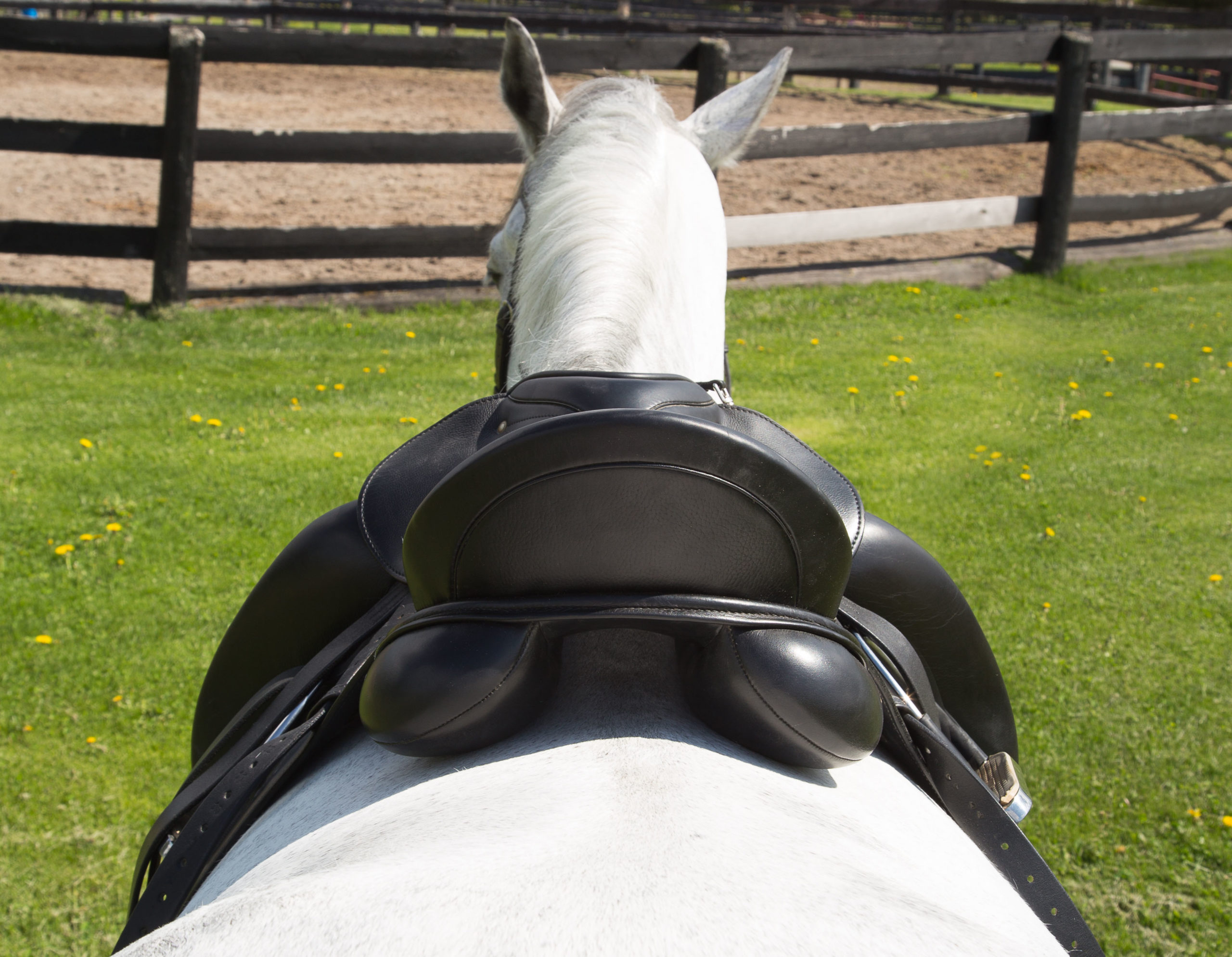 Growing up with horses, we gave saddle fit only the most cursory of consideration.

More often than not issues were “solved” with the addition of a foam riser or a special pad, and the one saddle you had was believed to be fully capable of segueing from back to back to back, regardless of differing breeds, builds, and fitness levels. Things are truly different now, as much of the equestrian population has come to understand at least the basics of what constitutes acceptable saddle fit, as well as the physical consequences when a saddle causes pain or inhibits the horse’s movement.

In his bestselling book Suffering in Silence, certified Master Saddler and Saddle Ergonomist Jochen Schleese explains just how important the saddle is to your horse’s performance and his health and longevity. Here he describes its role in what he calls the “Circle of Influence”:

Many of the traditional and newly rediscovered realizations about the cause and effect of saddles, equine anatomy, and riding were not documented in literature until recently. Saddle fitting is still not part of the curriculum in many of the mainstream educational programs within the equestrian industry—whether for body workers or veterinarians; nor is it yet included in the training to become a professional rider or trainer. It is an unfortunate, though realistic, fact that saddle issues are the cause of many behavioral and training problems, as well as being responsible for a lot of lameness, which is more often than not addressed pharmaceutically rather than physically.

To better accommodate the physiological and anatomical requirements of horse and rider, the saddle industry needs to undergo a shift in willingness to produce a product that takes these into consideration. There are still way too many saddles on the market that are simply not adjustable and do not take the horse’s requirements into consideration.

To illustrate some of these influences, consider a circle surrounding the horse divided into equal pieces (minimum of eight). One of these pieces represents the rider; other components include the trainer, the veterinarian, body workers (physiotherapists, chiropractors, acupuncturists), nutrition and supplements for the horse, the farrier, the horse’s age and condition, and last but not least, tack—including bits, bridles, saddles, and pads. 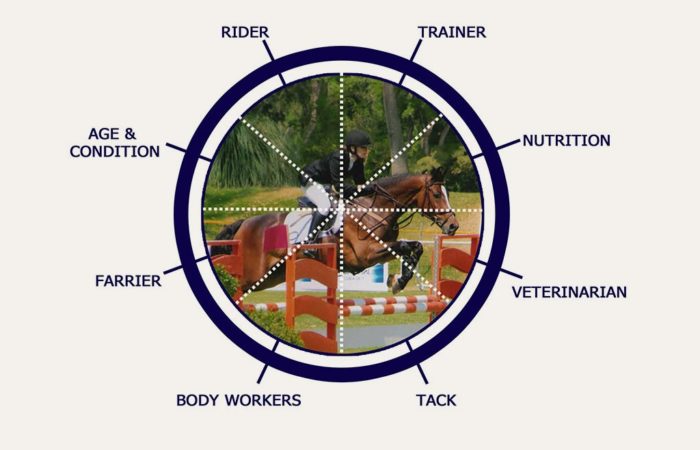 I call this the “Circle of Influence” around the horse, in which the saddle and the work of the saddle fitter are never considered in isolation. All the items of influence are interdependent.

If, for example, training methods or nutrition are changed or supplemented, the horse’s conformation will alter. It follows logically that the saddle will no longer fit, and the reason is not because the saddle fitter did a bad job. Saddle fitting is nothing more than attempting to prevent long-term damage to the horse by avoiding pressure on his reflex points, and to distribute the rider’s weight optimally on the horse’s back. Keeping the horse sound and the rider healthy should be the ultimate goal for each one of the “pieces” of the Circle of Influence that need to work together cooperatively to achieve this. 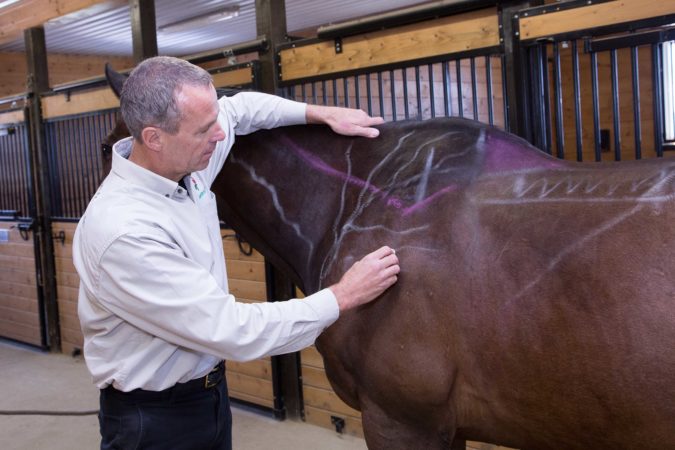 Every change affected by any one of the pieces—whether deemed positive or negative—will have a consequence on the others, which may have the simple end result that the saddle will no longer be balanced. (Let’s recall Newton’s Third Law here: Every action brings with it an equal and opposite reaction!) For the most part it is not the saddle that changes, it is the horse’s three-dimensional back shape that alters the saddle-support area. But without exaggeration, it is the saddle (as interface between horse and rider) that has the potential to inflict the most anatomical and physiological damage—especially to the horse when it no longer fits.

This excerpt from Suffering in Silence by Jochen Schleese is reprinted with permission from Trafalgar Square Books. 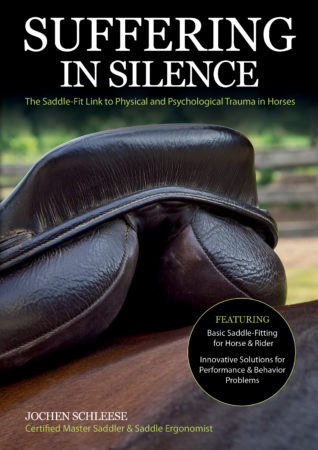