“Everyone dreams of that 80%,” said American Olympian Adrienne Lyle.

It’s the first time Lyle has ever surpassed the 80% mark.

“I’m so proud of the feeling he gave me in there,” enthused Lyle. “I’m so blessed to have him. He’s getting a lot stronger and I can keep the power and the uphill balance—and I have the most amazing coach in the world in Debbie McDonald. This was just a wonderful night.” 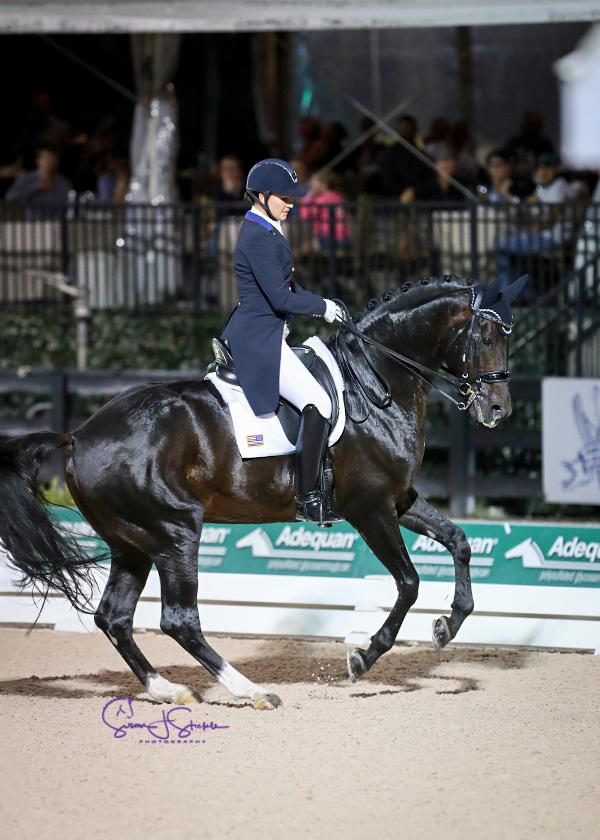 For the final Friday Night Stars event of the 2018 AGDF season, the pair performed a freestyle originally created for Lyle’s former top mount, Wizard, the horse she rode to a fourth place team finish at the 2014 World Equestrian Games. She is currently working on new music and choreography with Terry Gallo.

Rounding out the podium, with personal bests of their own, are Americans Sabine Schut-Kery on Sanceo with a 78.145% and Olivia LaGoy-Weltz on Lonior with 77.385%.