Oh, the Difference a Day Can Make 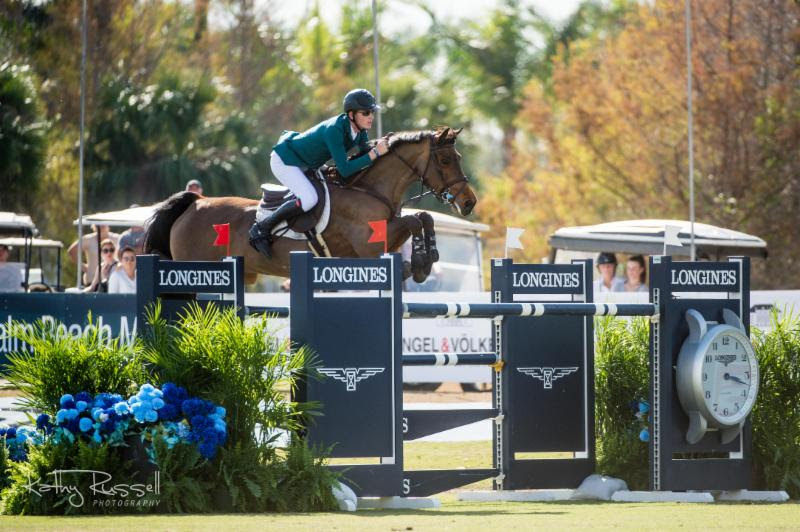 Just 24 hours ago, Ireland’s Daniel Coyle was convinced that the FEI World Cup Final in Paris was beyond his reach.

After today’s performance in Florida, his ticket is nearly booked.

Riding Cita, the 23-year-old topped a field of 40 to earn the first World Cup victory of his career—the $220,000 Longines FEI World Cup™ Jumping Wellington at the CP Palm Beach Masters, presented by Sovaro®.

Third to go in a five horse jump-off, Coyle flew around course designer Alan Wade’s shortened track to shave a second and a half off the time set by USA’s Margie Engle and Royce.

“I suppose Margie is always very fast,” said the Irish rider. “She done seven [strides] in the first line and I done six. That’s really the only place that I got her. I really took advantage of the third jump and then I could just start to smooth out the finish, instead of try to do anything crazy.”

It was Coyle’s second victory of the week (he won Section B of the $15,000 Exhibition Class 1.35m with Martha Louise on Friday) and Cita’s first FEI appearance of the year.

“It took me a long time to work out which way she likes to go best, what way she jumps the bigger fences easiest,” revealed Coyle. “When she’s on my side, if it’s possible, she will do her best to jump all the jumps for me. That’s probably what I love about her most.”

What happens next for the ginger pair has yet to be decided.

Neither the World Cup Final nor the World Equestrian Games were on the Irish rider’s radar prior to Sunday afternoon.

Now with his first place finish in Wellington, and 11th place finishes in the Toronto and Calgary World Cup qualifiers, Coyle has 33 ranking points. One more result would all but guarantee him a spot at his first Championship.

(Coyle is based in Canada. To qualify for Paris as an “extra athlete” in the North American League, he needs to have at least as many points as the last qualified USA athlete in the East Coast subleague. As the rankings currently stand, that’s Laura Kraut with 29 points.)

But, he’ll have to decide sooner than later.

There are only two qualifying events left in North America—one in Thermal, California next week and the other in Ocala, Florida in March.

“I felt there was no chance for me qualifying for the World Cup Final this year,” said a baffled Coyle. “This is exactly show jumping. This is exactly the way it goes.”

Tune in to Horse Network Live next week as we broadcast all the FEI classes from HITS Desert Horse Park in Thermal, California.