Shelly Francis Is the Hero Every Press Conference Needs 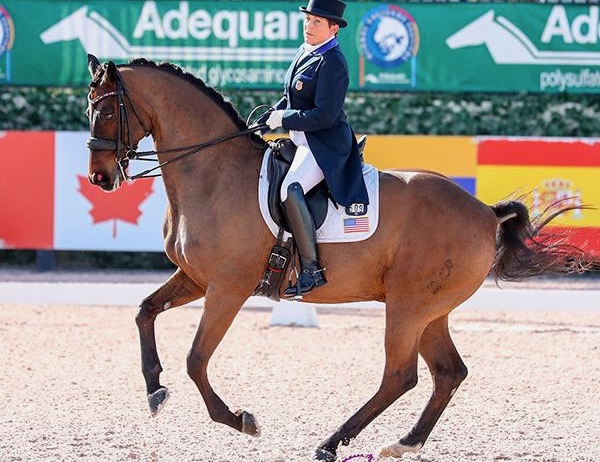 It’s a well known fact among journalists that press conferences are sometimes boring.

Maybe nothing terribly exciting happened in the class. Maybe the winner is not the talkative type. Or perhaps he or she is just tired of answering the same three questions (tell us about your preparation/ride/horse!)

But every now and then you get a gem who not only has a stellar performance and backstory, but can seamlessly work in personal anecdotes that are at once informative and/or hilarious (whether intentional or not).

Francis then went on to (unofficially) win the press conference at both events, too. 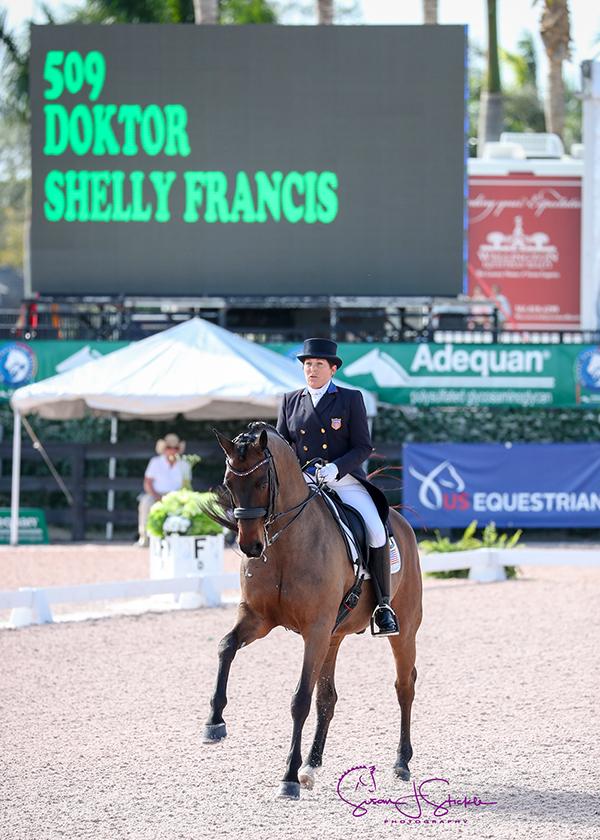 Here are her four best lines from the AGDF—so far.

On going off-course in the Grand Prix Special

“Everybody says I’m just getting old, but I used to go off course when I was young too,” said the 59-year-old.

On Doktor being a “bit of a project”

“I didn’t do the award ceremony [on Friday] with him because I usually put ear plugs in, but as I was last to go I didn’t have time. Some people might think I’m a chicken but I’d like to live a bit longer; he runs flat out in there.”

On Doktor as a spooky five-year-old

“He was very nervous if you moved on him,” she said. “it took me a long time to be able to wear a tailcoat.”

“I lost 40 pounds of weight in five months and I think the whole picture probably looks a lot nicer,” said the 5’2” rider. “I feel I can sit better, too. It’s the second time I’ve lost weight; I’m one of those women who can swell and shrink.”

Francis and Doktor are currently ranked 54th in the world. But they just moved up to #1 in our hearts.