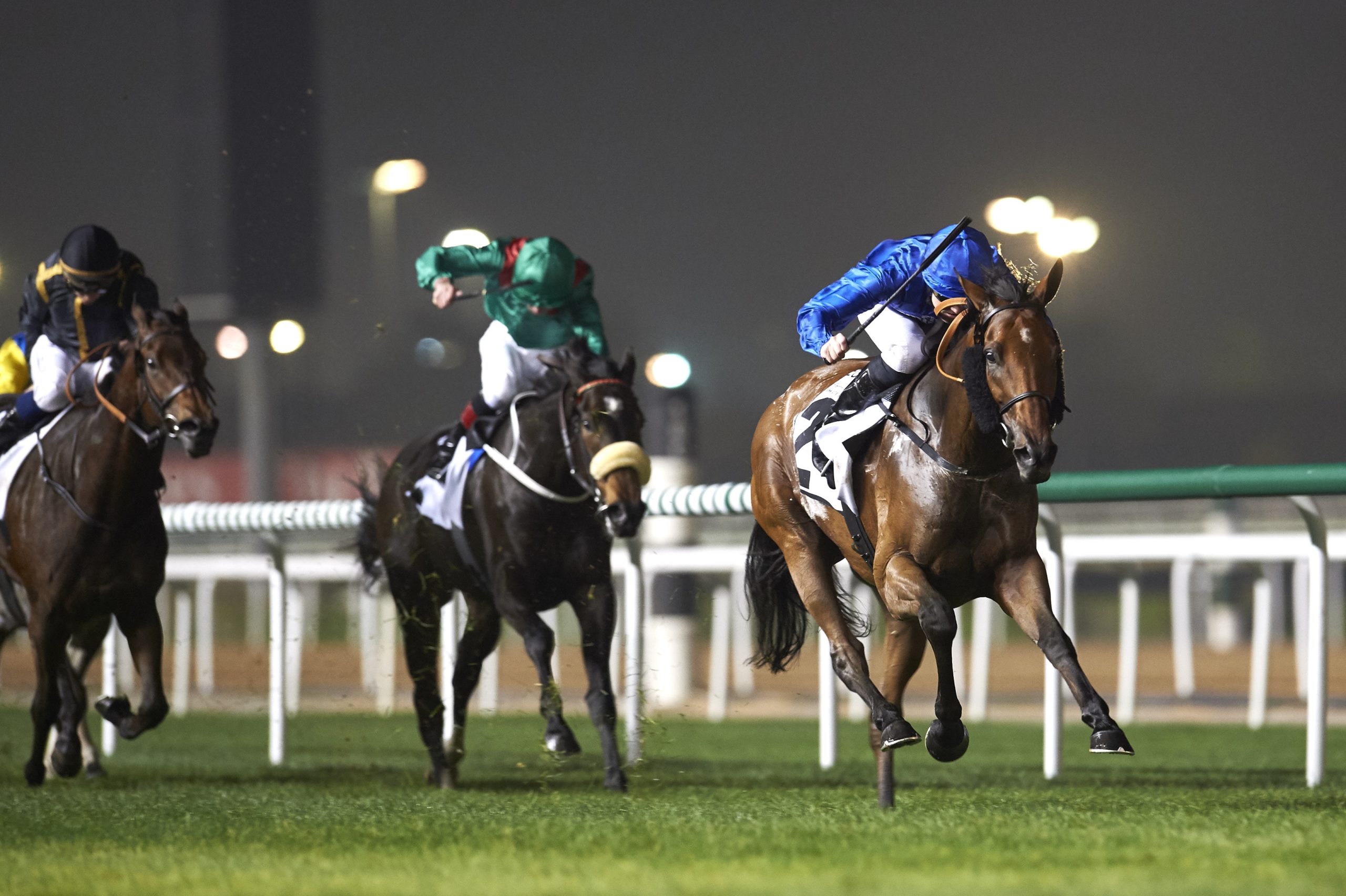 Hometown Godolphin enjoyed a grand slam-winning evening Thursday at Meydan highlighted by a comfortable 4 1/2-length win by Promising Run in the featured mile-long Group 2 Cape Verdi turf for fillies and mares.
The 5-year-old daughter of Hard Spun loaded last but left first and settled in behind leader Rehana. The pair separated from the rest in the field of eight and it appeared a stretch battle was on, but Promising Run was easily moved to the front by jockey Patrick Cosgrove and breezed to the finish line. Rehana held second by a short head over Aljuljalah.

“She shows us very little during her morning workouts, but produces on the racetrack,” notes trainer Saeed bin Suroor, who has won this race five times, including the past two years with Very Special. “We’ll probably aim her to the Balanchine in three weeks,” he added. The Group 2 Balanchine is run over 1 1/8 miles of turf and is a frequent prep race for Super Saturday, this year on March 10.

“I raced her in England last year and she didn’t like the soft ground at Goodwood,” added Cosgrove. “The firmer turf here was much more to her liking.”

The UAE 2000 Guineas Trial, a 7-furlong conditions race on dirt for 3-year-old colts and geldings, was oversubscribed and split into two divisions. Godolphin’s Gold Town won the division one gold by an easy 4 1/4 lengths over Roland Rocks, who didn’t, while Roy Orbison was left crying in third.

“That was a great performance,” affirmed rider William Buick of his Charlie Appleby-trained winner. “He’s a son of Street Cry, so we expected him to go well on this dirt surface.”

Division two looked set up for another Godolphin win, with Racing Country and Christophe Soumillon comfortably in the lea for most of the race. But El Chapo raced passed Racing Country in the straight and held on for the win despite a late challenge.

“He was tough and brave,” said rider Luke Morris of the winner. “He really dug deep when I need him to help me close home.”

In other races, Dutch rider Adrie de Vries scored a perfect trip from the front aboard Los Barbados to land the 1 3/4-mile marathon honors. It was a good night for Holland as Dutch Masterpiece with Pat Smullen in the irons completed one over Jordan Sport in the 5-furlong turf sprint, with Yard Line back in third.

The evening was bookended with wins for Godolphin in two 1 1/4-mile handicaps. In the evening’s opening event, Don’t Give Up didn’t and passed Active Spirit to hit the wire first over the Meydan dirt. The 4-year-old son of Dubawi was unraced before June, but won in England on turf and all-weather. This dirt win demonstrates both talent and versatility for trainer bin Suroor.

The Boys in Blue finished off their grand-slam evening when Mountain Hunter and Soumillon finished three lengths atop stable mate Banksea under Buick in the 1 1/4-mile turf handicap.