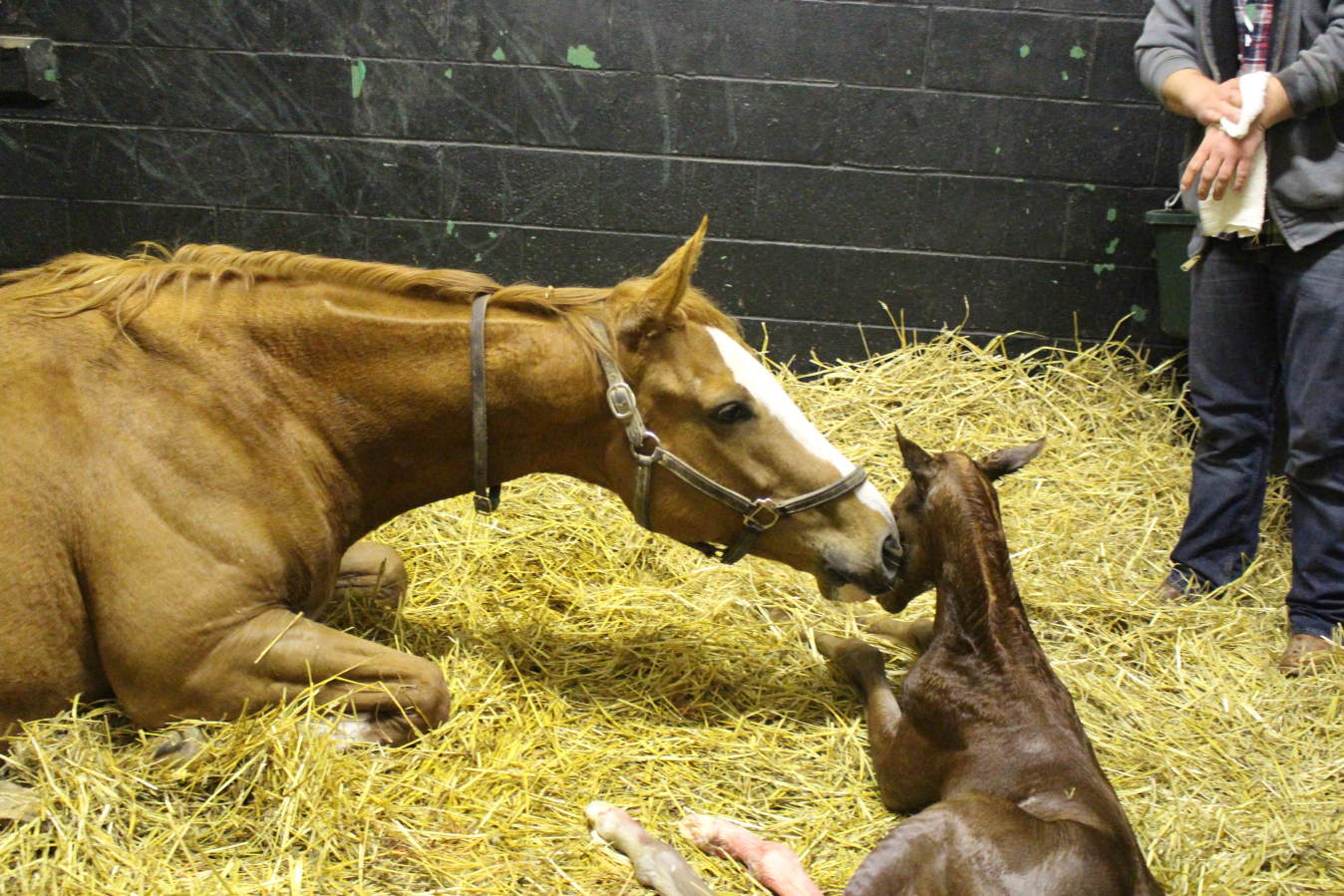 I’m sure by now many of you have seen the video circulating social media about the cloning and genetic engineering of horses.

Published by the World Economic Forum, the 60 second video proclaims that a company in Argentina, Kherion Biotech, is aiming to produce the first genetically engineered “super horse” within the next two years. Through the use of cloning and altering the genome of our great equine athletes, the video states, we can produce horses that jump higher, run faster, turn tighter and are altogether BETTER than the horses we have in existence.

The idea that these horses would be allowed in the *gasp* Olympics caught fire and equestrian fans everywhere ran to their keyboards to say just how unfair and grotesque this would be; how we were all about to “play God.”

I had to do everything in my power not to throw a little bit of science smackdown on the outpouring of rage, but told myself that it wasn’t worth it since the general public might not understand just how radically this video had illustrated one company’s mission statement.

Then I realized this is exactly what this blog SHOULD be: science, written in a way for the public to understand it. So, I shall try to talk you all off your ledges and hopefully educate some in between the lines.

Cloning is a simple idea wrapped in some crazy complex science. In a nutshell, it begins with a horse that you want to clone. Now, as the procedure costs upwards of $100,000, you have to believe that only a horse of tremendous value would be considered. Such a valuable creature is considered a “Somatic Donor” and donates their DNA through a variety of cell types —usually hair.

In addition to this horse, another cell from a different horse is retrieved—the oocyte, or egg. This horse’s DNA should not matter, as the nucleus, or the organelle filled with the genetic material, will be removed before it is ever utilized.

In its place, the nucleus of the valuable animal will be implanted. This allows for the genetic material of one animal to be within the cellular structure of another. And this can then grow within the laboratory in a nice little petri dish full of fun nutrients at a specific temperature. If the embryo survives, this is where the cloning component of the procedure ends and the embryo transfer aspect begins.

See, just like in a standard embryo transfer procedure, this embryo is then implanted into a recipient mare. A mare that is chosen for her reproductive soundness, physical soundness, temperament and mothering ability. This is usually done at roughly the seventh day after the clone is made, and when the recipient mare is heavily in diestrus and producing that magical progesterone which will both nurture the embryo while also telling the mare that she is pregnant.

And then, if all goes perfectly, in roughly 340 days we have a beautiful foal.

Now, none of this is new. There are many famous clones galloping amongst us, and there are quite a few commercial companies who will do this for you. The prodigious thoroughbred stallion Storm Cat has a handful of clones in Argentina living as polo sires. William Fox-Pitt’s event horse Tamarillo has also been recreated, and the first clone of legendary jumper Gem Twist was born 10 years ago.

So where is the outrage stemming from? Not the cloning, but the genetic engineering.

For the past couple of years researchers have been using a technique called CRISPR/Cas9 to edit the genes of research animals with the hopes of potentially being able to edit them in humans. Is this “playing God?” Maybe. But when your child has a genetic mutation that can lead to potentially fatal maladies such as Cystic Fibrosis, and you can change this by altering one gene within their genome, it sounds pretty amazing. And this is where the science gets tough, and I won’t delve too deep…

In a nutshell, the CRISPR/Cas9 gene editing system allows us to cut, implant or replace genetic material that we want to change. In a life or death situation, it’s fascinating. In a run fast/jump higher situation, it sounds simply ridiculous.

But that is where we all need to pause and think about what exactly we intend to engineer.

The Genes to Engineer

There is only one gene that has been found to correlate with “running faster”, and it is myostatin. Only, the myostatin gene does not predict if your horse will win races, it simply predicts which distance your horse will be best suited for. (This was discovered and studied by Dr. Emmeline Hill et al. in Ireland.)

There are 4 types of molecules which make up our double stranded DNA: Adenine, Cytosine, Guanine, and Thymine, or A, C, G, and T. And these are the molecules that come together to create our genes.

In the gene for myostatin—an important aspect of muscle development—researchers found that C/C horses are suited to fast, short-distance races; C/T horses compete favorably in middle-distance races; and T/T horses have greater stamina and may be best suited to longer distances. The takeaway? C/C and C/T horses will do better in the 2 year-old sales, while T/T horses might just be better suited to marathon distances and possibly steeplechase. 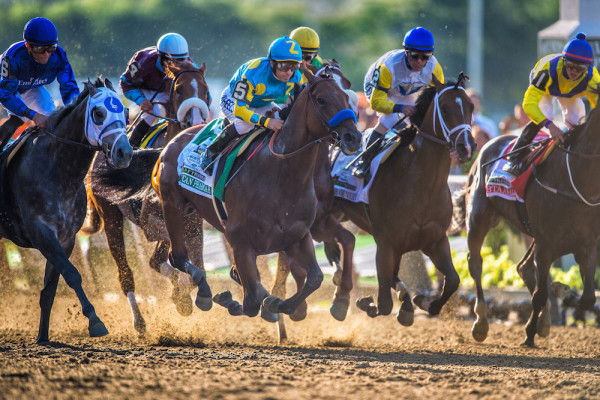 Does this mean that we could genetically engineer a racehorse specifically to suit certain distance preferences? Sure. Except the Jockey Club won’t allow it. And this is one of the main reasons why. While so many people lament the fact that the Jockey Club only allows the use of natural live cover breeding with no assisted reproductive techniques, it’s rooted in the idea that no one in the thoroughbred industry should “play God.” And while everyone misunderstands the prohibition of artificial insemination, embryo transfer or cloning, at the base of it is to avoid something like this.

But in the sport horse disciplines, we can. 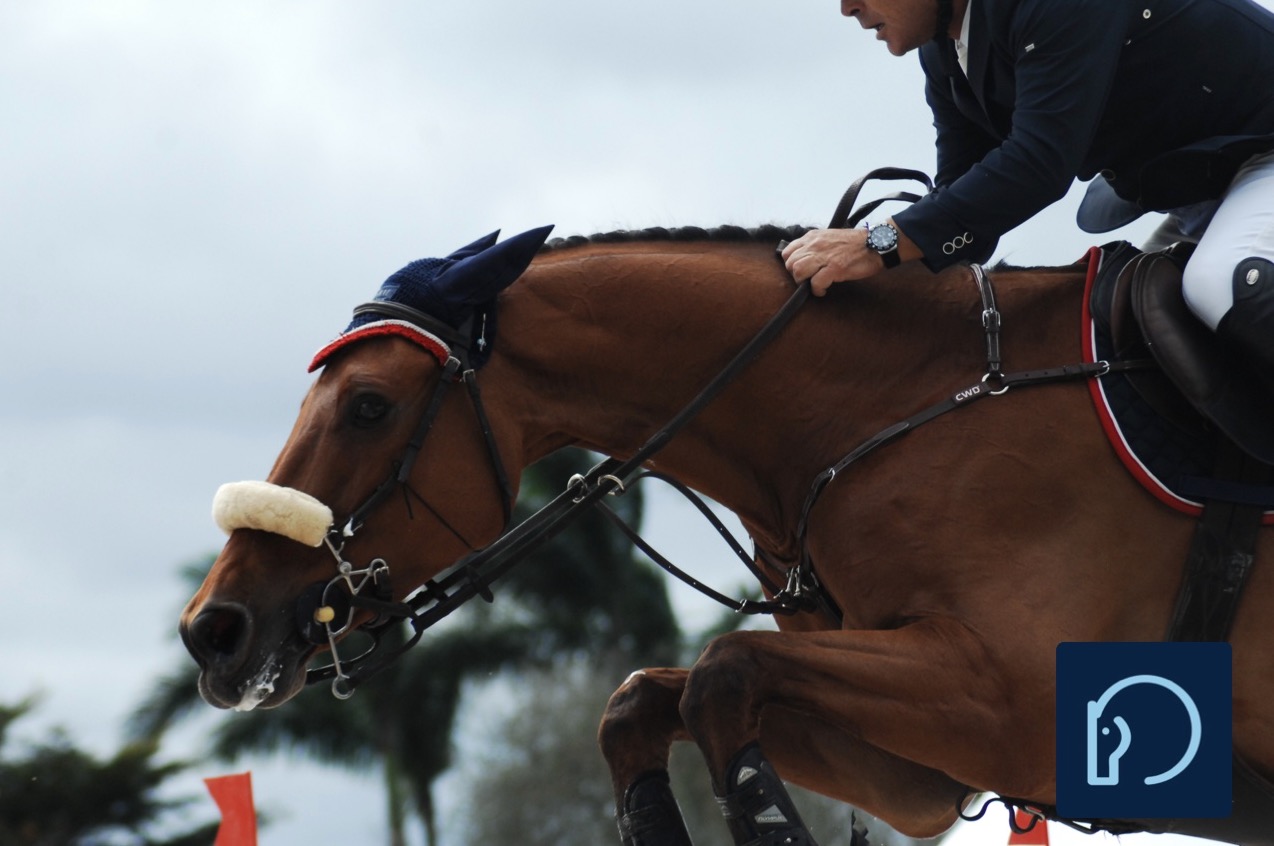 Only, in these disciplines this information is fairly useless, at least now. The eventer, jumper, reiner or dressage horse doesn’t just run, they also jump, turn, spin and passage. And no gene has been found to specifically correlate to success in any of these traits in the way that myostatin was found to correlate with stamina for the thoroughbred. Thus, there’s simply nothing to mutate, or engineer….yet.

It is not the Olympic Committee, nor the FEI’s job to discern whether a cloned horse can or cannot compete. That determination lies with the breed industries and organizations which govern the actual registration of the animal, and just how that animal was created.

One could argue that warmbloods bred with embryo transfer are also at an advantage over anyone bringing a Thoroughbred to an FEI event.

With embryo transfer, we can also discern the sex of the embryo, and are perilously close to testing embryos for genetic disorders and allowing the owner to choose which embryo they would like the veterinarian to implant into the recipient. This is “playing God” nearly as much as genetic engineering with CRISPR/Cas9. 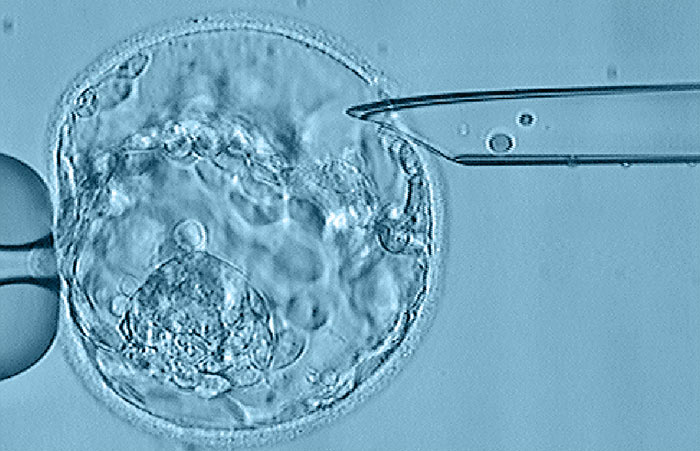 Assessing an embryo via biopsy.

There is only one breed organization that does not allow assisted reproductive techniques, and as stated previously, that is the Thoroughbred. But even the thoroughbred uses therapeutics and drug interference to get mares who would otherwise be considered infertile, pregnant. Likewise, thoroughbred stallions can be manipulated via hormonal therapy to cover the desired amount of mares. We’ve all given ovulation-inducing drugs like hCG or deslorelin. We’ve all administered Regumate to a mare with an incompetent cervix. We’ve all used immunomodulators on a horse that pools fluid.

We are far away from finding specific genes that actually impact the success of a sport horse. Because it’s not just one gene, and there are so many unpredictable forces of nature at play.

You can take a genetically superb horse and it can get into a trailer accident and never again like confined spaces. You can clone Gem Twist and miss a distance to a jump and train him to not enjoy the job. You can clone Tamarillo only to have it find a divot in the water complex and refuse to go back in one.

Now what can/should genetic engineering be used for? Well, any genetic disease that’s been found to be disastrous for the breed. HYPP in quarter horses, Lavender Foal Syndrome in Arabians, and maybe even diseases that have always had assumed genetic components without any scientific basis like cryptorchidism, or Wobblers Syndrome. It would be possible to take a horse that you intend to use as a breeding stallion, but will not be allowed into the breed book due to a genetic issue, and clone him to produce a stallion who will.

Those reasons are legit and will be interesting to study.

Will we one day find the genes that make a sport horse extraordinary? Honestly, I don’t think so. So many horses have overcome bad genetics, while others have never risen to the fame of their relatives. This ultimate uncertainty has not been overcome by breeding with statistics or science, and won’t be overcome by cloning or genetic engineering.

Because at the end of the day, the most important aspect of the horse are not the genes for speed or jump. It’s the genes that transcribe to the heart.

And that, my friends, can never be engineered. 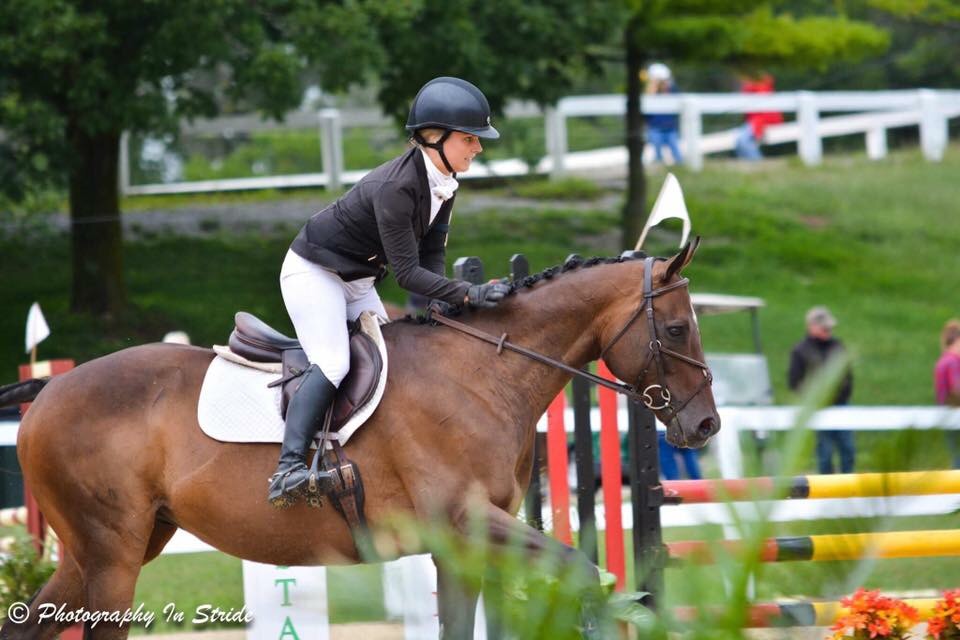