Taylor Kain Is Living Proof that Fairytales Do Come True 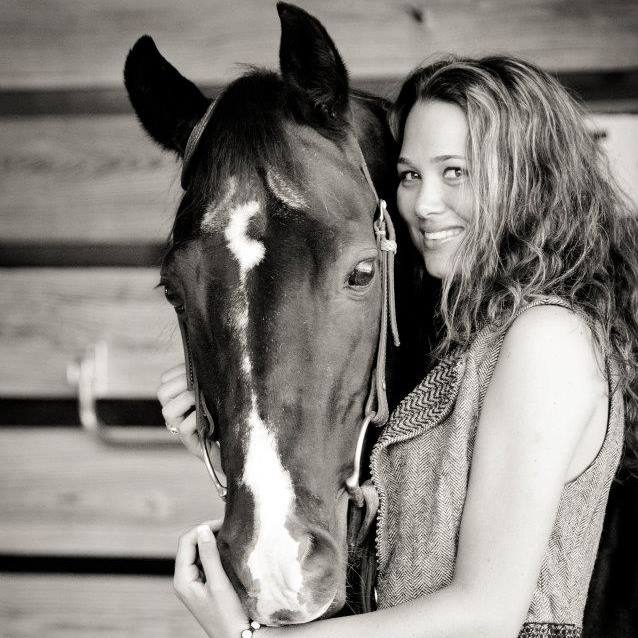 It’s a story as old as time.

A year and a half ago, the now 27-year old was a professional hunter rider with jumper aspirations and no means to fulfill them. Then Geoff Case came into the picture.

Kain started dating the international show jumper nearly three years ago, after having known one another for over a decade. Not long after, he set out to buy her a jumper. 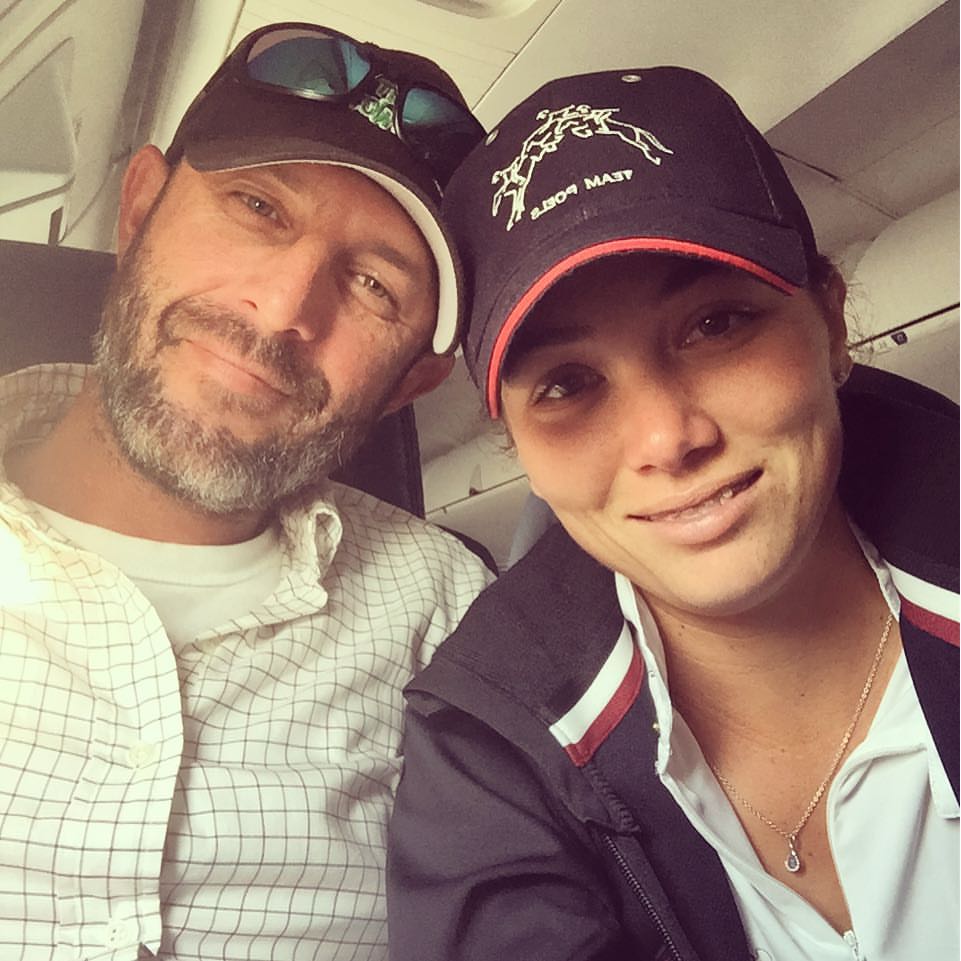 It took nearly a year for them to find the “one.” Caphur (he goes by “Cappy” in the barn) was competing in the High Amateur division at Shane and Ali Sweetnam’s Sweet Oak Farm when Kain tried him. It was an instant match. 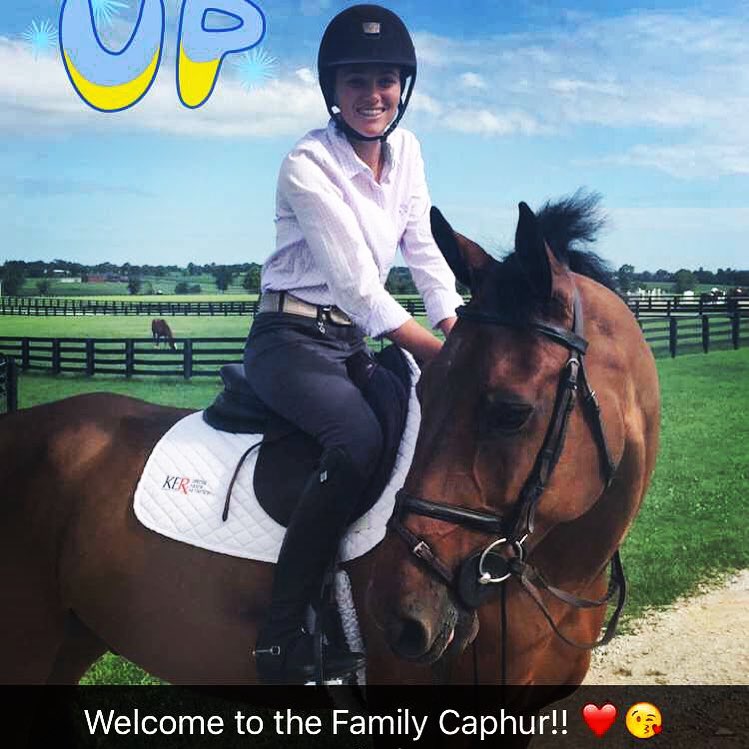 Kain would jump her first 1.35m and 1.40m classes on the 11-year-old Swedish Warmblood in the same week. Within three weeks, they were competing in the Grand Prix.

“That first one was a bit, ooooh, just keep kicking! But we got it done. By my third Grand Prix, we were third in a National Prix in Lexington, Kentucky. I’m very fortunate to have him,” she smiled. “He’s a horse of a lifetime for me.”

Then came their first big win—the Open Welcome at the World Equestrian Center Fall Series III in Wilmington, Ohio this past October. 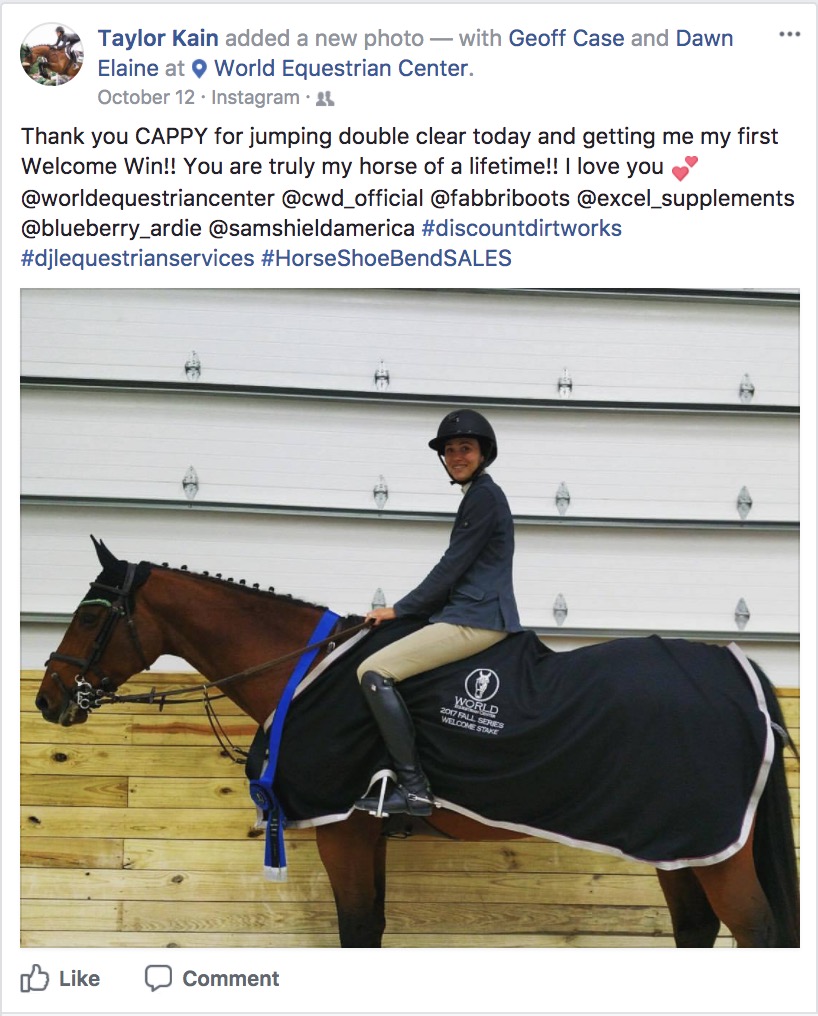 They’d go on to post double clear rounds in three consecutive Grand Prix classes at the World Equestrian Center, collecting three second place finishes. Kain also logged back-to-back wins in the Welcome, the second of which as with AF Karatino, a sales horse she’d only been riding for three weeks.

If Geoff Case is Prince Charming in this story, Daryl Henning is the Fairy Godmother—the benevolent force who helped to orchestrate Kain’s rapid rise up the jumper ranks.

Henning moved to Montana to train with Case and Kain when they were just starting their resale business, Horseshoe Bend. A few hunter resale projects later and she purchased a second Grand Prix horse for Kain in January, the 12-year-old Hannoverian gelding Lasco 29. By March, the talented pair was competing in the HITS Million in Ocala.

“He’s a great horse. I very grateful for Daryl for getting him for me. She’s been a huge supporter of my career. I wouldn’t be here without her,” gushed Kain. 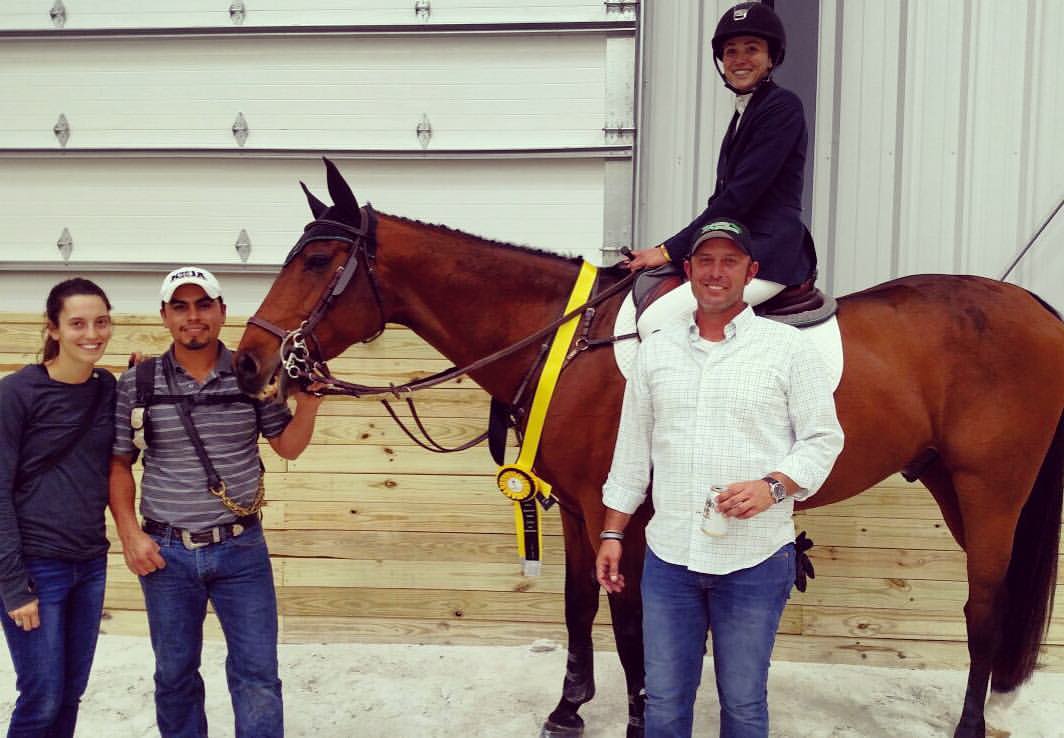 The next chapter in Kain’s story will unfold in Wilmington this winter. She’ll be spending the season honing her jumper skills in the World Equestrian Center’s Winter Series.

“We are going to take that next step—keep getting faster and more competitive and more results. My goal is, of course, to represent the USA eventually,” said Kain. We’ll do more travel next summer to other shows and slowly develop my string.”

Like all the best fairytales, part one of Kain’s love story ends on a surprise twist.

She’s long been convinced that her “happily ever after” with Case would not include a wedding scene.

“Geoffrey says that Cappy is the biggest ring I’ll ever get! We joke about it all the time. My mom says that we should have renamed him ‘The Commitment’,” she laughed.

Case had other plans. Yesterday, on her 27th birthday, he popped the question—in lights at The Sanctuary of the World Equestrian Center, the very venue where so many of their shared dreams have come to fruition. 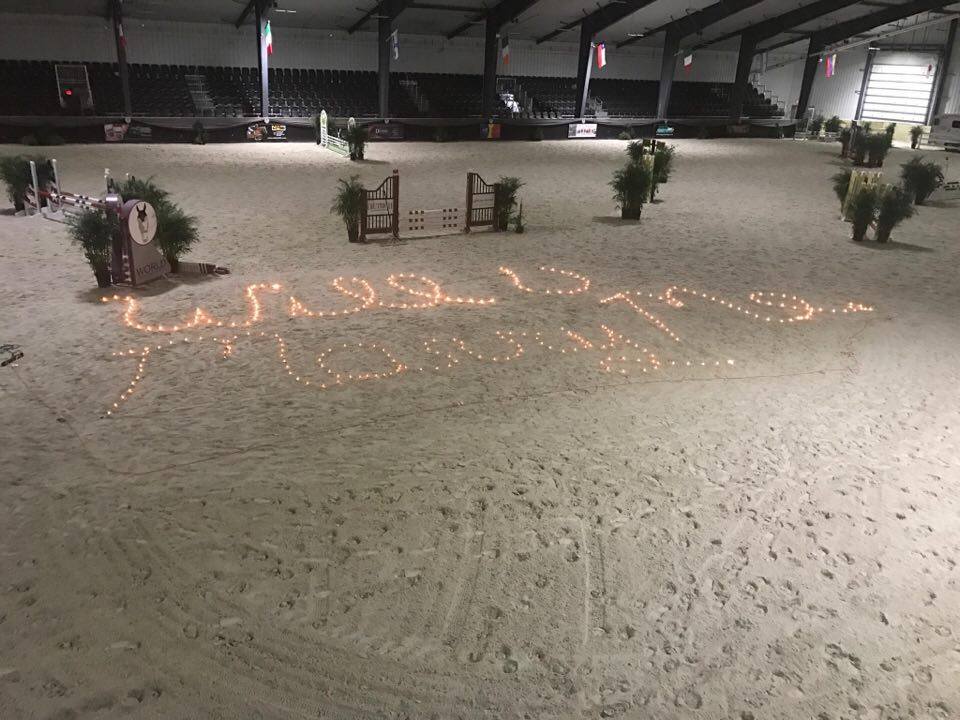 “This has officially been a birthday I will never forget!” smiled Kain.

“Between Geoffrey and Daryl, they’ve given me my whole dream. I never would have imagined that I’d have my own stable. I had 15 horses [at the World Equestrian Center] for the Fall Series. I have four jumpers right now and three Grand Prix horses. I might only have them for a short time, but that’s okay. I love producing them, I love selling them and getting new ones. It’s been a lot of fun.”

“It’s like a fairytale,” added Kain. “I say that every day.”

Southwest Ohio’s premier equestrian venue! This World Equestrian Center, in Wilmington, OH is the full-service environment for both the horse and rider.

Very few equestrian event venues offer amenities like those at the World Equestrian Center. With three beautiful, state-of-the-art, climate-controlled indoor arenas, heated walkways, premium footing, and family-friendly atmosphere what is not to love. Enjoy showing with the convenience and comforts of home!