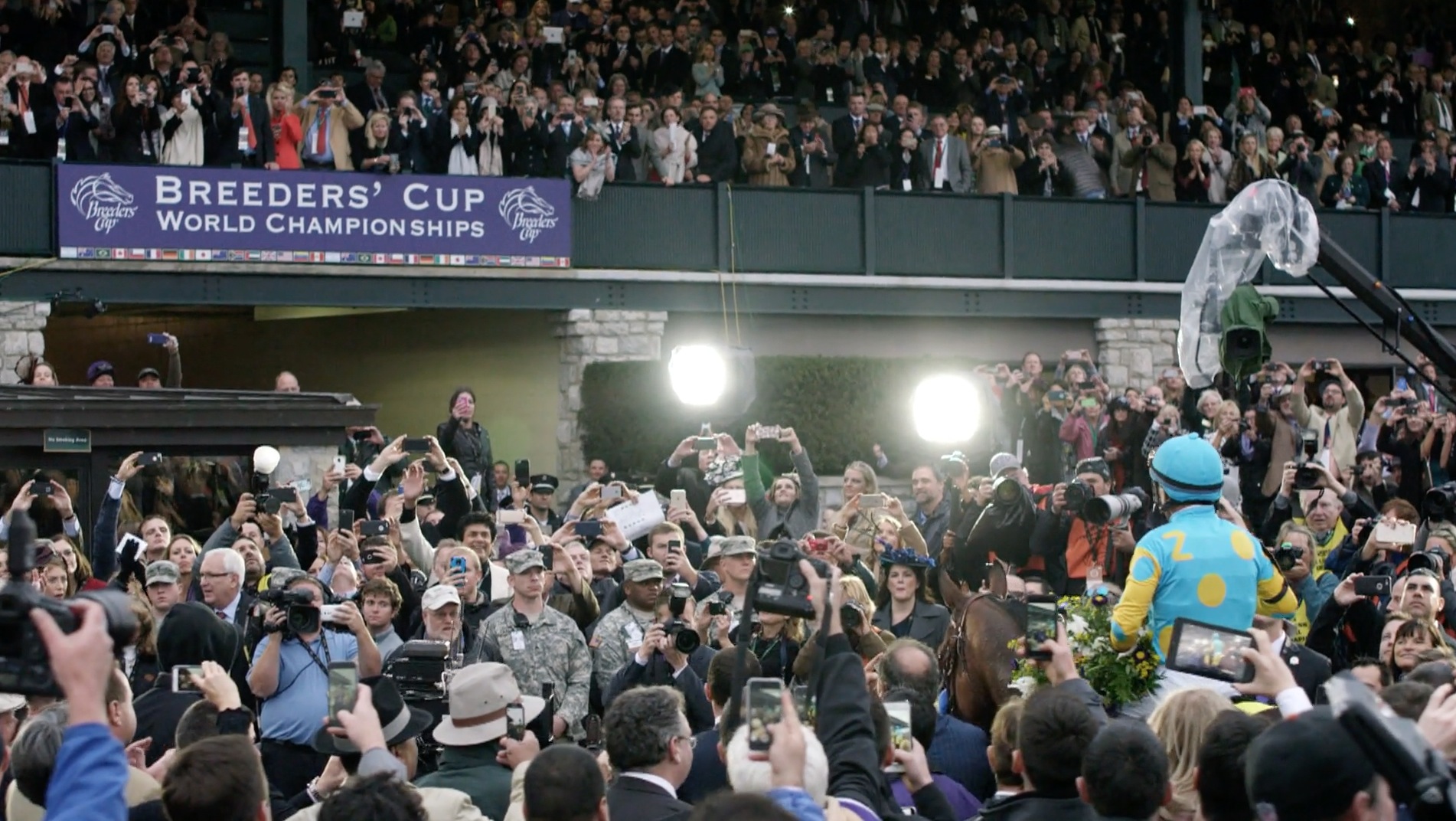 Humans have been breeding and racing thoroughbreds all over the world for centuries, and each year, the best of the best converge at the Breeders’ Cup for a weekend of divisional championships and a whole lotta dough. USA against the world. East Coast vs. West Coast. Pedigreed prodigies and  unforeseen upstarts. And of course, FULL FIELDS!

Since its 1984 inception, the Breeders’ Cup has delivered an abundance of indelible memories. This is where the modern day legends like A.P. Indy, Personal Ensign, Sunday Silence, Lure, Cigar and Zenyatta all stamped their legacies while taking us on helluva thrill ride. So many great horses, so many unforgettable races, but here are my most unforgettable Breeders’ Cup moments.
(Oldest to most recent)

Wild Again was a nice 4-year-old colt when the inaugural Breeders’ Cup rolled around, and enticed by the $1,350,000 purse of the Classic, his owners considered entering their multiple graded stakes winner. There was just one problem, Wild Again was never nominated for the Breeders’ Cup. They would have to pay $360,000 just to enter their colt in the race. Though a nice horse, he was far from the top of the class. It was a major gamble, and one that ultimately paid off. Let that be a lesson to ya, children.

Talk about hype. The ’87 Classic pitted two popular Kentucky Derby winners against each other for the first time nearly a decade (Affirmed and Alydar in 1978). Bill Shoemaker vs. Chris McCarron. The finish did not disappoint.

There’s a special place in the history books for the ones who never taste defeat. Who overcome all the variables, randomness and chance, and bring it every time. Personal Ensign will forever be remembered for her flawless 13 wins in 13 career starts. Her last one was the hardest, as she found herself well behind the speedy Kentucky Derby winner Winning Colors with just a furlong to go.

Ali/Frazier had nothing on these heavyweights. Two of the best 3-year-olds of the modern era dueled down the stretch in each leg of the Triple Crown, and saved one more thrilling finish for the Classic. It was the last race for a pair of legends, and could not have ended more fittingly.

Death. Taxes. Cigar. On a sloppy Belmont track, Cigar capped off one of the greatest seasons in racing history (12 starts, 12 wins) with this frolic in the park. “Incomparable, invincible, unbeatable, Cigar!”

2001 Classic: Tiznow wins it for America.

A little over a month removed from the 9/11 attacks, there were questions whether the event would even be held at all. The show did go on, just a few miles from Ground Zero at Belmont Park. And thank goodness, because this tough Cal-bred colt gave everyone something to cheer for when he gamely held off European champion Sakhee to capture the Classic for the second year in a row.

Come on. What can you possibly say about this incredible mare? Uncoiling her signature late run, she dusted the dudes in 2009, becoming the first female to win America’s richest race.

She came back for more one year later at Churchill Downs still undefeated in 19 starts. It was to be the storybook ending for one of the greatest of all time. And then, in the blink of an eye, BLAME, by a head-bob.

There’s just something special about watching a horse who finds their thing and totally owns it. Such was the case the Irish-bred mare, Goldikova. She was a miler, that’s what she did, and for three years in a row, she did it better than any horse on the planet. Look at her go…

2011 Turf: St. Nicholas Abbey wins one for the family

Trainer Aidan O’Brien shipped his colt from Ireland to Churchill Downs for 2011 Breeders’ Cup Turf, and brought someone else with him too…his son, Joseph, who was also his jockey. All of 18-years-old, and still bigger than most American jocks, O’Brien gave his colt a brilliant ride and became the youngest rider to win at the Cup.

You just have to smile when you watch this chestnut gelding unleash his gorgeous, powerful stride. So professional, so full of himself, so fast. Born from relatively humble stock, Wise Dan could do it all: any surface, any distance, he was your man. His best game was the turf mile, a race typically owned by the Europeans, but in 2012 and 2013, there was no catching this wise guy.

As the first Triple Crown winner of the Breeders’ Cup era, American Pharoah entered the 2015 Cup at Keeneland with the bases jacked. Sure enough, the champion delivered in his penultimate peformance, crushing his hapless rivals in front running fashion just a few miles from where he was foaled, and his future retirement home. The breathtaking colt set a new precedent in the sport that might never be duplicated in this lifetime.

As the sport’s reigning matriarch, Beholder entered the 2016 Distaff with one final proclamation to deliver before bowing off into retirement. Though the sentimental choice, many wondered whether the 6-year-old mare had enough in tank to out-duel the devastatingly fast and yet to be defeated super-filly Songbird. It was no surprise when these two forces of nature locked up at the top of the stretch. But no one could have foreseen the sheer greatness that unfolded all the way to the wire.

What does 2017 have in store? We’ll find out this Friday and Saturday. Don’t miss history in the making.