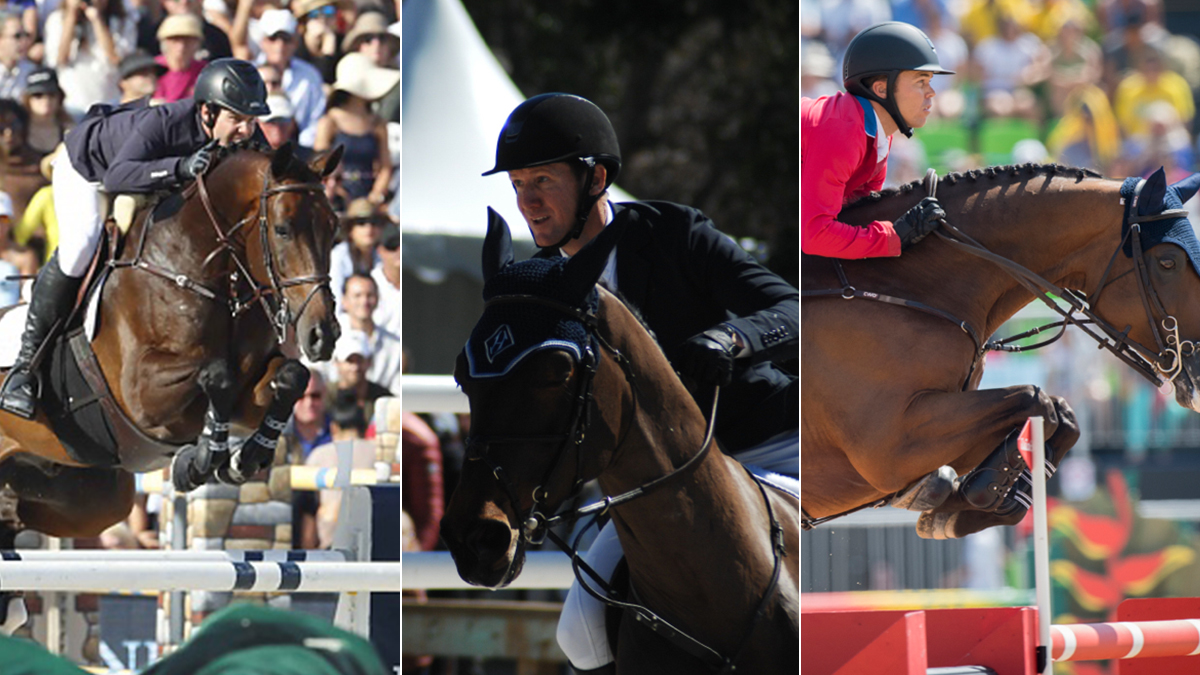 Who will win the Longines FEI World Cup™ Jumping Toronto? We called in equestrian sport scientist, Dr. Tim Worden, to pick his top three contenders. Dr. Worden has a PhD in biomechanics from the University of Guelph, Canada and specializes in the translation of human high-performance training theory and techniques to equestrian athletes. He, like, knows stuff.

I have been looking forward to this World Cup Qualifier for quite some time now. This is my ‘hometown’ competition, and The Royal is the top indoor show in North America as voted by the North American Riders Group. I have been in attendance for this class the last seven years, and you always end up watching great jumping here. HH Azur and Mclain Ward have won the class in back to back years, and I strongly believe there will be a three-peat in 2017!

HH Azur and Mclain Ward won this class in 2015 and 2016, so it’s clear they can perform well at this venue. The pair looked unbeatable at times this year, highlighted by their dominating win at the FEI World Cup Final in Omaha this spring. Azur and Ward have a history of success at this show as well as top recent results, which indicate they are still in top form. Not surprisingly, they are my top pick (by a wide margin) to take home the win in tomorrow’s class! 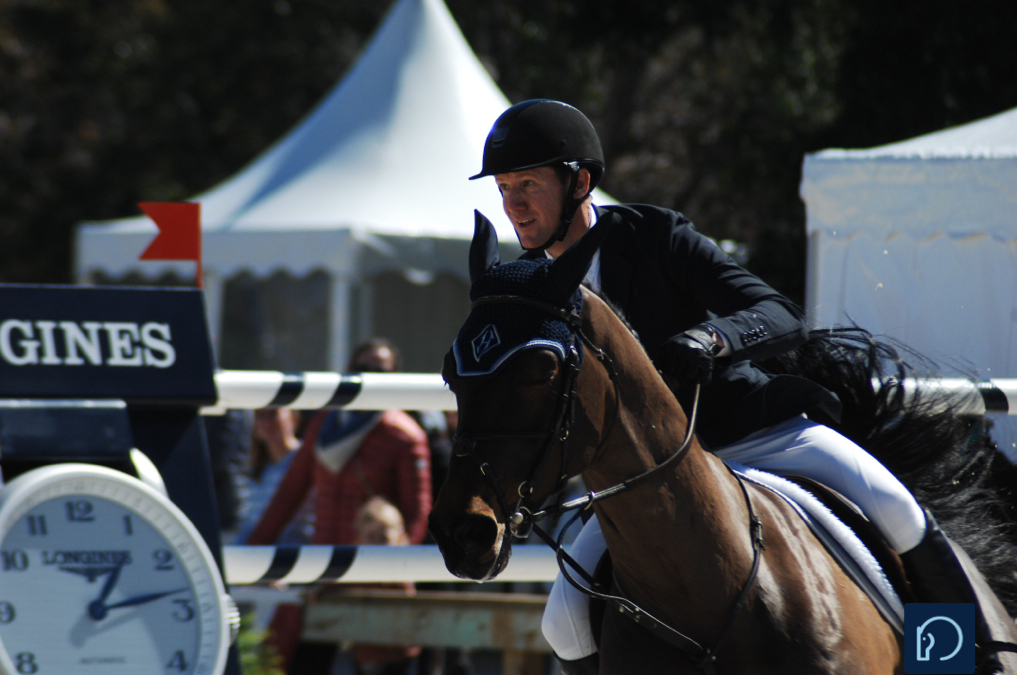 Strengths: Azur has everything you would want in a top horse. She is careful, powerful and fast. She is adjustable and reads fences very well. Ward is a top rider and gives the mare the confidence and opportunities needed to realize her athletic potential. Their competition history is filled with top results against the best in the world. At just 11-years-old, this mare has an impressive list of accomplishments with Ward in the saddle, and as she enters the prime of her career, I anticipate many more dominating performances.

Weaknesses: It is very hard to assign weaknesses to this pair. Of all the horse-rider combinations in the world, they are probably the pair currently closest to perfection. In this situation, I don’t think I can identify a glaring weakness—instead I encourage you to sit back and watch one of the greatest ever combinations in modern show jumping put on a show as they attempt to win their third consecutive World Cup Qualifier in Toronto.

For the seventh consecutive month Kent Farrington has retained his title as the number one ranked rider in the world. Whenever you have the best in the world competing in any sport they will always be a threat to finish in the top spot. It has been an up and down year for Voyeur and Farrington in 2017, so the pair will look to finish strong with a good result this week in Toronto. 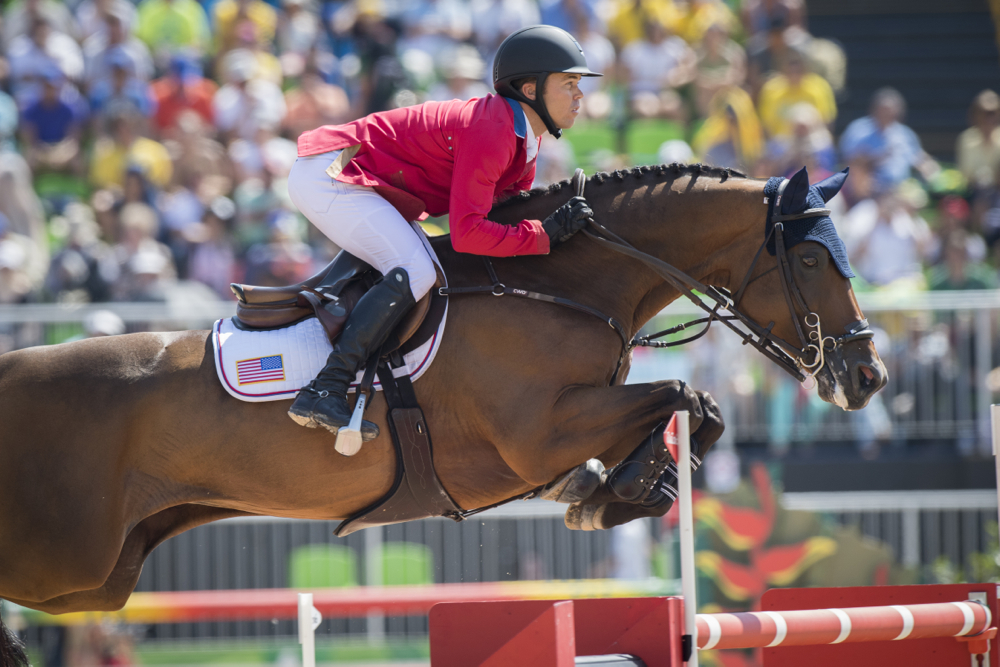 Strengths: Voyeur is one of the most experienced and accomplished horses in the class. The 15-year-old bay gelding has won 5* Grand Prix around the world and is always impressive to watch. He is powerful and electric off the ground. Farrington certainly knows what it takes to win the big classes and, as one of the fastest riders in the class, is a serious threat anytime he gets in the jump off.

Weaknesses: Voyeur has been inconsistent this season. Although there have been a number of strong performances, he has put in more eight fault rounds than we are accustomed to seeing from this amazing partnership. However, around this time last year Voyeur and Farrington won the World Cup Lexington, and Voyeur’s last class was a 2* win in Ohio. The stars are aligning perfectly for this duo, and I believe it will all come together this week in Toronto as Voyeur returns to his top form and gives the spectators a great show!

Hardin Towell and Lucifer have had a number of top placings as of late. The pair was on form in Lexington last week until a piece of equipment broke mid-way through the World Cup course, forcing them to retire. In the World Cup New York earlier this year they finished third. Lucifer has been jumping in great form since and I expect this duo to continue their hot streak tomorrow night and cruise easily into the jump off. 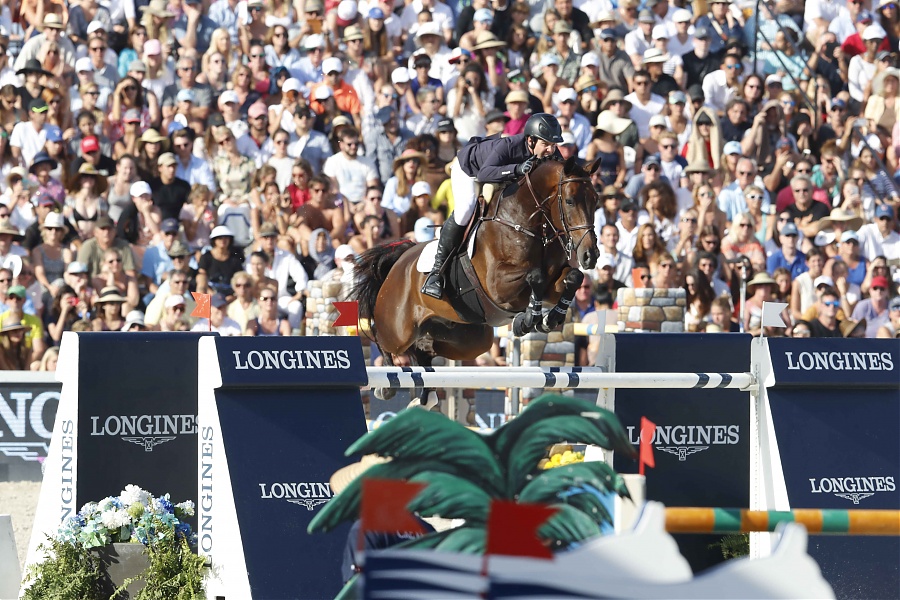 Strengths: This 11-year-old gelding is explosive, agile and fiery. Hardin does a great job riding him, allowing Lucifer to play in the corners while getting him focused and motivated on approach to the jumps. Lucifer was in great form in Lexington, and although he looked a bit hard to control at times, he gave outstanding efforts over every jump on course. If Towell can harness Lucifer’s explosive style they will be an exciting pair to cheer for in the jump off.

Weaknesses: As I previously mentioned, Lucifer appears to be difficult to ride at times. Between the jumps he can be explosive and inconsistent in his way of going. This can make Towell’s job more challenging, as preparing the proper approach to each fence is based on unpredictable responses from Lucifer. That being said, this partnership knows how to make it work and the results keep getting better. Although it may be nerve-wracking for Towell fans to watch at times, this combination will be contenders in the jump off.

This pair is on a hot streak after putting in two clear rounds in competitive classes last week in Lexington. Cristalline and Adrienne have been progressing well as a partnership and have been close to a major win a few times now. A win in Toronto on Wednesday night would be a big moment in their career. 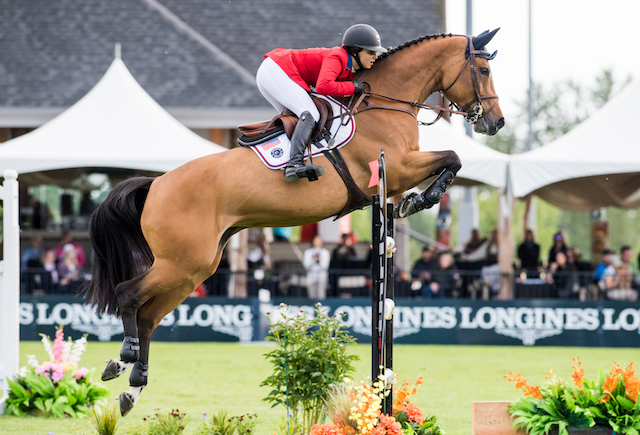 Strengths: The 10-year-old mare is a great match for Adrienne Sternlicht, and the pair have experienced a number of great results together. The more I watch Sternlicht, the more impressed I am—she is a quality rider and has a bright future in the sport at the top level. Cristalline is incredibly powerful, agile and has a great motor that allows her to move efficiently around the course. Sternlicht’s toughest challenge is harnessing the mare’s enthusiasm and keeping her focused.

Weaknesses: This will be the third week of competition in a row for Cristalline and Adrienne, so it will be interesting to see if the mare looks tired or if she is jumping as well as she did last week. Not many FEI horses compete three weeks in a row, but given how well Cristalline jumped last week, it is likely this momentum will carry forward into great jumping in Toronto. Look for this pair to produce some spectacular jumping efforts and to be contenders in the jump off.