Priced Out: A Letter to US Equestrian President Murray Kessler

Home > Blog > Opinion > Priced Out: A Letter to US Equestrian President Murray Kessler

A response to US Equestrian (USEF) President Murray Kessler’s letter to members on August 2, 2017.

I recently read your letter regarding the US Equestrian Board of Directors meeting and the proposed changes to the USEF program and its structure going forward. First, I would like to thank you for the positive changes that have been implemented since you took on the role of President and the effect those changes have had on the sport. Harsher punishments for abuse and welfare violations are a welcome change, as were the newly increased penalties for drug violations. The welfare of the horse should always be our number one priority as equestrians. Horses are our partners, not tools to be used strictly to our benefit and should be treated with the level of dignity and humanity which that entails. The reinstatement of the printed suspension list also works to this point to decrease instances of abuse and cheating through transparency, as a trainer or rider’s most valuable business asset is his or her reputation.

That being said, I was disappointed to find that the topic of money within equestrian sport was not openly addressed in any capacity. On July 12th, veteran show jumper Katie Prudent was on the WiSP Sports Horse Show podcast where she delivered a concise summary of her view of the sport when she said, “Unfortunately, because of money, the fearful, talentless amateur can rise to a certain level. And that’s sort of what the sport has become—how far can the amateur go by buying the greatest horse in the world. It’s not where can a good riding kid go on any horse that comes down the pike. It’s just a totally different sport now.”

Since that interview, the topic of money has taken center stage and divided public opinion, as evidenced by multiple articles across various publications, including a piece in Chronicle of the Horse by McLain Ward. At a time when equestrian sport is being marginalized by the general public as a hobby for the elite, rather than a true athletic endeavor, it comes across as tone deaf for the main governing body to not address this concern while simultaneously announcing an increase in membership fees.

I recognize that membership fees have not risen in a decade, as stated in your letter, and the fact that the increase comes out to a relatively low $25/yr. (roughly $2.08/mo). An increase from $55 to $80 annually is a 31% increase in fees when costs have reportedly risen at a rate that is closer to 33%, per your letter to members. On the surface, this seems to be fair and equitable, but there is another facet to consider. According to the United States Equestrian Federation’s 2014 990 (a matter of public record), then-CEO Christopher Welton reported an annual income of $263,655 for a year. 2014 is the most recent record available publicly for US Equestrian’s taxes, but let’s assume that current salaries are similar to those paid in 2014. It hardly seems fair to ask the members to each pay an increased membership fee while those at the top of the corporate ladder collect overstuffed paychecks. If the CEO were to take a pay cut and collect, say, an annual salary of $127,000 (still a very generous sum), that would free up a good bit of money to cover other expenses.

The mission statement of US Equestrian is, “To provide access to and increase participation in equestrian sports at all levels by ensuring fairness, safety, and enjoyment.” The best way to honor this mission statement would be to put promotion of the sport ahead of personal financial gain in an effort to keep costs from rising for the individual members.

The approved increase discussed in this year’s meeting does not include the hike in Drug and Medication fees to $15 per horse, per show. While these costs are not exorbitant and the drug fees are intended to combat cheating and doping, they do add up for anyone looking to show with any sort of seriousness or regularity. The fact of the matter is that it is already difficult for a rider on a shoe string budget to afford the various fees—USEF membership, USHJA membership, zone and nominating fees, office fees at each show, stabling fees, etc.—without implementing an increase. These higher fees are going to turn off a lot of prospective new members who may not be able to afford them at a time when the main goal of the federation is to bolster membership and increase the visibility/popularity of the sport.

To counter that point, it could be pointed out that membership saw an increase of nearly 25% since you took office last year. However, that number is somewhat misleading due to a number of these incoming members being a part of the new Fan Membership program, intended for those who are interested in supporting US Equestrian but who do not plan on competing. Fan Membership is a well-intentioned proposal that allows one to stay in the loop in a more affordable way when not competing, but it is the equivalent of putting a band-aid on a shark bite in the sense that it is not enough to fix the problem.

In the past year many positive steps have been taken to help with the growth of equestrian sport within the United States. Stricter penalties for cheaters and panels designed to study the effects of certain drugs on horses have created a positive trend of prioritizing the welfare of the horses while an increased focus on promotional efforts and a new anniversary membership model have given greater incentive to join as a member. But equestrian sport currently stands at a crossroads because of money and affordability.

As the governing body for American equestrian sport, US Equestrian has some weight to throw around regarding the issue. My hope is that the Board of Directors recognizes the importance of this issue and chooses to focus their efforts on finding a solution—one that benefits all horse people and not just those who may have a few commas in their bank account. Because without one, money will continue to divide the sport and those who cannot afford to keep up with the ever-increasing costs will slowly be edged out until horse sports are populated entirely by those who can afford to participate, transforming them from a meritocracy to an oligarchy. It is the duty of the Board of Directors to look out for the best interests of the sport and find a way to maximize affordability for all riders of all economic status and to create a playing field that allows anyone to have a chance at athletic greatness based on skill rather than buying power.

Any number of suggestions could be made to confront this issue head on, whether it be imposing a price cap on horses within lower level shows to prevent competitors from “buying the blue ribbon” by way of a proven horse, or creating programs and sponsorships designed to help fund riders to find the next “diamond in the rough”. But the powers that be must decide if they are willing to pursue a US Equestrian that is made for all riders.

Ultimately, the decision must be made: is this a sport for the Rockefellers, or the Rocky Balboas?

Jake Menez is a rider located in California’s Bay Area. He is an advocate for off-the-track thoroughbreds and an unapologetic fan of underdog stories of all kinds. 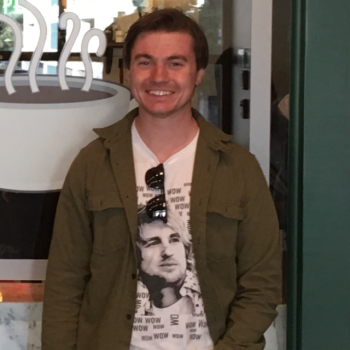