Words of Warning: Don’t Let This Freak Riding Accident Happen to You! 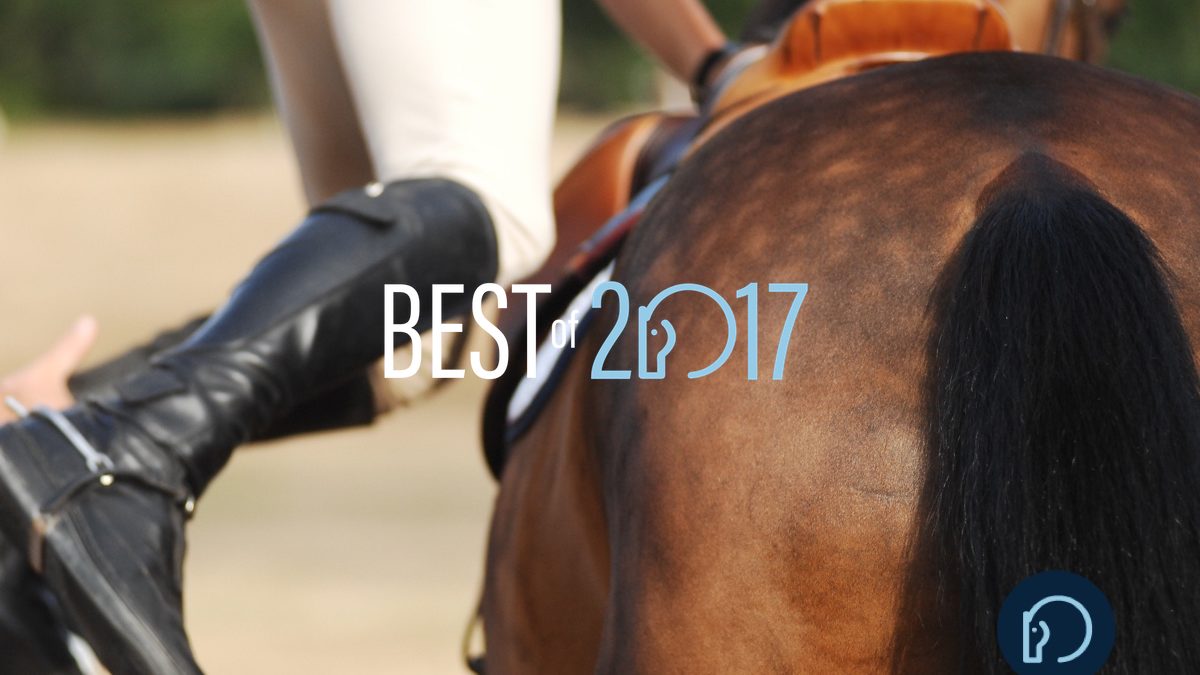 I’m temporarily out of the saddle due to a freak accident. The initial tears I cried were not of pain, but fear as the image sank in of “Knight” spiraling out of control, whinnying and doing donuts then landing on the ground, hooves in the air next to a large wooden mounting block.

Thank the Lord I fell off at the beginning of the chaos.

For some odd reason I adjusted my riding helmet a little tighter than normal before my riding lesson last week. It just didn’t feel right on my head and so I took it off, tightened the chin strap and started over.

Afterward, when he knew I was okay, my husband optimistically said, “Great writing material.” And when my trainer called later that evening and I told her what hubby said, her response was, “You should. I see people let their horse chew on the tip of their boots all the time.”

Please don’t let your horse get its face near your iron!

Don’t even let him or her turn to the side to get a fly.

I have never heard of or witnessed this type of accident—bit caught on stirrup—before, and I have been active with horses for over 30 years.

I Was Done Riding When I Got Dumped

Our riding lesson went as usual before the fall.

When we were done my friend and I rode our horses in a cool down lap around the property. We ended near the cross ties where she untacks, but were mid-conversation and kept talking while on our halted horses.

Knight was mouthy and I had to pluck the rein out of his mouth while we stood there chatting away. At one point he grabbed the martingale strap underneath his face and nibbled. I jerked it away. This EOTRH puppy chewing is really annoying…and dangerous.

What happened next was terrifying.

Knight turned his head I think to the left—it’s kind of a blur—and before I could react to jerk the right rein, it happened in a flash.

My gelding intended to bite on the stirrup iron my foot was in, but the iron (Herm Sprenger Bow Balance) bit back. It caught on the side of his D-ring snaffle. He then panicked and did about two donuts before I flew off and landed on my right thigh and elbow.

I hit hard and was down. The impact stunned me to the point I couldn’t immediately react.

My friend leaped off her mare, handed me the reins as I was rising like a zombie, and authoritatively shouted for me to move her horse out of the way of Knight who was literally spiraling out of control. Doubled over in pain, I took a few steps into the safety of the cross ties and the smart mare followed me and stood like a statue.

Meanwhile, my scared horse was spinning and spinning like a crazed top.

Knight traveled about fifty feet away, down a small incline until he crashed, landed on his side, then back. His four hooves faced the sky. (My friend texted me the next day to say she checked the outline in the dirt of where he fell and it was about a foot away from the mounting block.)

I had this brief thought, “That’s the end of him,” but was relieved to see him pop back up.

In his fall the bit and stirrup iron disconnected. My friend grabbed his reins and walked him a few steps and he moved fine, immediately dropping his head in relief.

By this time my trainer who had been teaching made it over to me and had me sit down on a tack trunk, asked me what day of the week it was and if I could wiggle my toes. She examined my helmet and told me there wasn’t a scratch or any dust on it. My friend came and sat next to me and put her arm around me. My trainer said she was so glad I fell off. “It could have been so much worse.”

My periwinkle sunshirt now has a small hole on the right elbow and I have two large bruises on my hip and thigh. Holes can be patched and bruises heal. Knight had a small cut and when the vet came out, she said he was fine and to keep giving him Bute.

Even though I escaped a severe injury I felt emotionally delicate for the next couple of days.

I called my friend who is a psychologist as I drove home; she listened. That night I did not sleep well and even was shouting in my sleep. My husband had to wake me up to stop my nightmares. I kept dreaming dark dreams and waking up every couple of hours, but I didn’t remember any details of them.

I texted my psychologist friend the next day and told her about the shouting and my dreams and asked if that was normal. Her response: “Yes, absolutely. You may have that for a while.” (The next night I slept just fine.)

Healing Up (Body and Spirit)

The good news is that I already had a chiropractic appointment set up for the next day, and I arranged another one for the following day. During the second appointment I had my neck, wrist, left foot, pelvis and spine adjusted. He urged me to keep icing for 20 minutes at a time.

“I have so many sore areas, where do I ice?” He said in a fall situation to ice the places that had the impact.

Knight is due for a chiropractic appointment too.

As I processed this event over the phone a bit more when my trainer called, we talked about how it was just a freak thing. It wasn’t Knight’s fault, it wasn’t my fault; sometimes these types of things happen with horses. She said she thought I was one of the more careful, safety-conscious riders she knows.

And that felt good to hear.

I don’t openly ask for people to share my blog posts, but if you can forward this one along to a friend whether via email or social media, I would be grateful. My goal is not to sensationalize or scare people but just let fellow horse lovers know that such a simple thing—letting your horse turn its head while you’re halted—can escalate into a dangerous situation. And it can happen so quickly.

The other thing I’d like to add is Knight is not a spooky horse. He has a good brain and is not a lunatic. So if this can happen to an experienced rider on a sensible horse, it can happen to just about anyone.

Please share in the comments if you have witnessed this type of scenario or maybe another rare-ish category of accident that we can all avoid.

Susan Friedland-Smith is the horse lady with arena grit on her always dusty boots, hay in her purse, and hat head. When not at home with her dogs or the barn with her OTTB Tiz A Knight, she’s probably in the classroom teaching middle school history, posting on her blog Saddle Seeks Horse, or a number of other equine publications. 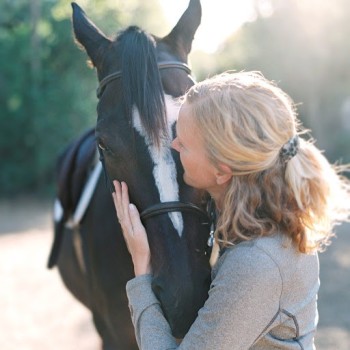