Letting Go of Perfection with an Imperfect Horse

My pursuit of perfection has gotten me into a lot of trouble over the years.

Both in and out of the saddle, it’s led to paralysis and inaction more times than I care to admit. Horses have taught me a lot about letting go of perfection and allowing myself to take imperfect action.

A few years ago I set out to buy a family horse for my two girls and myself. I hadn’t owned a horse in 20 years. That horse cleaned out my bank account with my ill-fated attempts to make him sound with multiple surgeries and rehabbing and little actual saddle time.

I gave that horse away to a dairy farm where he was turned out on a hundred acres with happy California cows, and walked away from horse ownership for good. Or so I thought.

The years passed, I had two girls with the horse bug and partial leasing a few times a week was no longer satisfying.

When my trainer showed me Devon, a six-year old OTTB, I was taken aback. “For my 11 and 9 year olds?” I asked, incredulous. A horse hauler had rescued Devon in Texas (in the middle of the night in a dramatic trailer unloading/loading by the side of the freeway) and brought him back to Las Vegas where he was used as a school horse. The owner assured me all the kids loved him.

But, not only was he six and off the track, he was little. Only 15.2 ½ with petite hooves and a dainty bone structure. And he had banged up knees from a racing crash.

But Devon was handsome and quiet, and my 11-year old fit him nicely. In the spirit of letting go of perfection I took him on trial for a few days. My 11-year old got along with him well and he was patient and willing with my nine-year old. So I bought him and was proud of myself for erasing from my mind the perfect horse I had imagined we would buy (who wouldn’t have fit my budget). My oldest daughter had fun with Devon. For a few months. She won a lot of flat classes on him at local horse shows. My nine-year old was champion in the walk/trot division. But Devon had a major problem. He didn’t like to jump unless he had a very confident rider on him. My 11-year old never got around a course at a show without a run out or stop.

The imperfection had gone too far.

I thought about selling Devon. But he was sensible, reliable, and sound. So I took another imperfect action and made the radical decision to get another horse for my girls and keep Devon for myself.

In a perfect world, I’d rather have a taller, more substantial horse that fits my height better. But at my age I don’t mind that I’m closer to the ground.

In a perfect world I’d rather have a horse I’m comfortable jumping. But at my age I’m okay passing on the jumping.

In a perfect world I’d rather my horse be less sensitive to my riding errors. Devon twists his head when I hold my hands unevenly, he kicks out gently if I don’t use my leg correctly, and goes up and down if I have too much hand and not enough leg. But his kind reminders to correct what I’m doing have helped me fix a lifelong hand issue.

In a perfect world I’d rather have a horse that wasn’t ever flighty on the ground. But I’ve learned new horsemanship skills with Devon and his occasional leaping around on the end of the lead rope no longer bothers me.

I don’t live in a perfect world. None of us do. So I appreciate that I have grown as a rider and a horsewoman with my imperfect horse. I love the companionship, the hours of grooming, the workouts, watching him run in the turnout, the quiet moments. I love all the fun involved with owning my very own horse, despite his imperfections.

My imperfect actions gained me an imperfect horse who has taught me a lot about the value of imperfection in an imperfect world. And that’s just about perfect. Anne Helmstadter is a writer and lives in Las Vegas. When she’s not riding her OTTB she can be found supporting her two girls at horse shows and driving to and from the barn in her horse scented car. Her writing has appeared at literarymama.com and in Las Vegas’ Zip Code Magazines. 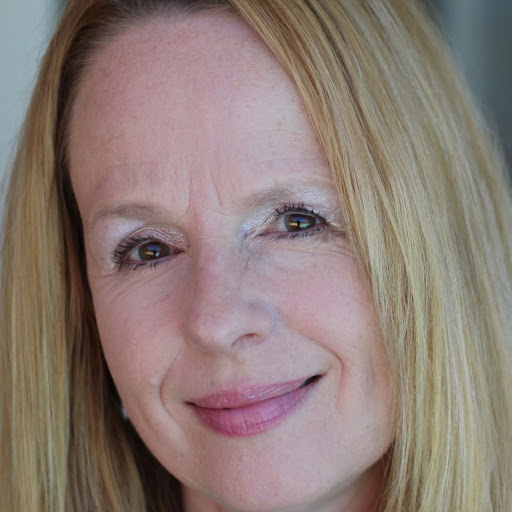