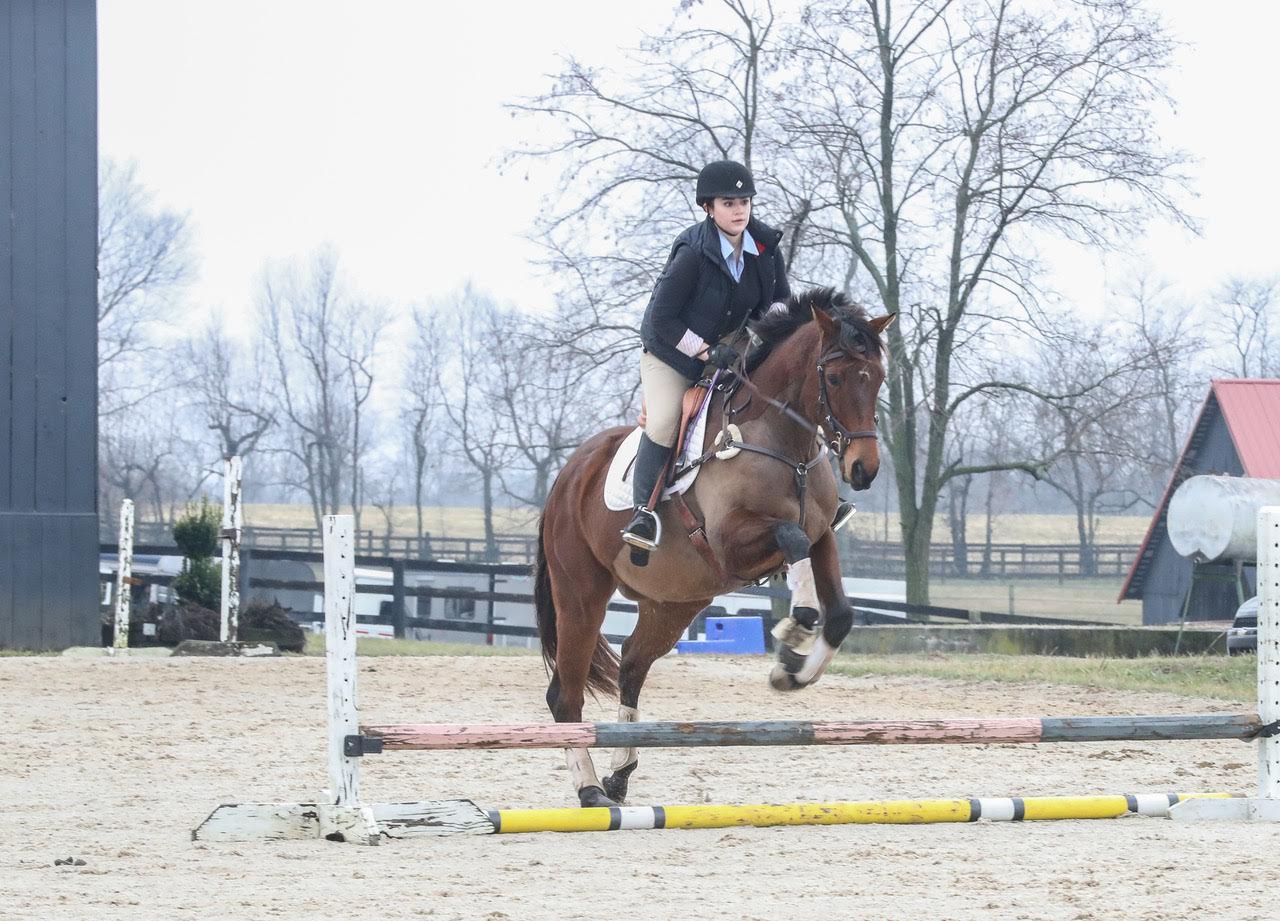 One of my students came up to me a few weeks ago and started listing her goals for the season. Being a goal oriented person myself, I was intrigued.

Claire acquired a thoroughbred off-the-track a year ago, and struggled with him all year. She reached out to me last summer after reading my thoughts on the trials and tribulations of turning “professional” to ask if I taught lessons. Not really, I responded. She explained that her horse sounded a lot like one of mine and with the successes that I’d had, she had thought that maybe, just possibly, I could help her.

But I balked. I don’t consider myself a true professional rider, even if USEF defines me as such. I am not an upper level eventer. I do not do this for a living. And there are plenty of people in Lexington who can check both of those boxes.

Six years ago I wasn’t competing at all. Just two years ago I completed my first training level event. This past summer I did my first AA hunter show. In a nutshell, I’m not sure how much skill I can pass on or how much help I can be.

But one of the few things that I do feel competent in is retraining young thoroughbreds. And so hesitantly, and cautiously, I told Claire I would meet with her. Because of that, for the past 4 months, I have been able to watch firsthand as Claire and “Johnny” develop a beautiful relationship.

One of the first things we both realized was she was going to have to wipe her drawing board clean. She was scared of her horse, and he knew it. He wasn’t malicious, but he was smart. And he had her number. 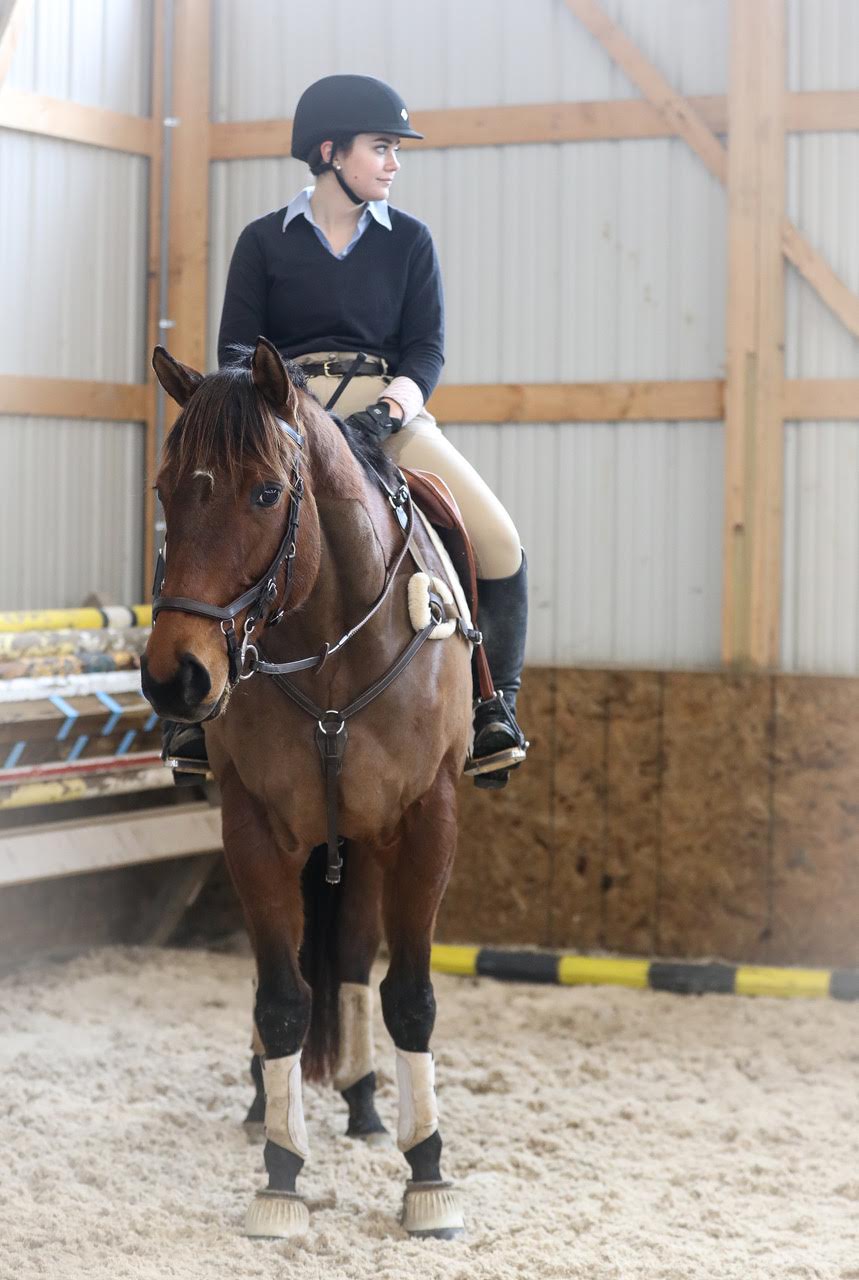 Yet, the beauty of trying to help a rider like Claire is that she is both willing and able. Every lesson, every day, held an “ah-ha” moment; a breakthrough. And as Claire and Johnny built confidence in their relationship to each other, I found confidence in myself.

So when she approached me about her goals for the year I was excited to hear them. The excitement on my face quickly turned into a grimace as I heard her say that she didn’t think she wanted to show all year. Horse shows stressed her out, she explained, and the stress seemed to then flow into Johnny. Her stress would cause his bad behavior, and then we would all be back at square one.

I tried to put the words together to tell her that I appreciated her willingness to admit her own flaws, all the while ready to explain to her that we needed to fix them, when I suddenly realized how similar we were, and how hypocritical I was being.

I too hate showing. I get extremely stressed out by the thought of people watching and judging me. I panic over the idea of a bad ride on a sales horse being seen or recorded. And I completely hyperventilate over the idea of that bad ride costing me $500.

I have realized that this fear of showing becomes a vicious cycle. You get scared to show because you are convinced your horse is going to misbehave, or hell, just be imperfect, so you don’t enter. You don’t enter and then you constantly think it was a good idea because your horse would have in fact misbehaved or you wouldn’t have ridden well. And then you don’t enter the next time because neither you nor he had a chance to prove each other wrong.

The anxiety and the fear overpower the confidence. The confidence you can only get from a good experience. An experience you didn’t get.

This fear might have nothing to do with the horse’s behavior or performance. Lord knows I have gotten there on Mak, a horse that has rarely made me question either. Sometimes you lose this confidence after a great show, wondering if it’s even possible to top it. I’ve been there on Nixon.

As I explained all of this to her, without admitting my own phobias, I realized how hypocritical I was being. Nonetheless, I encouraged her to reconsider. I told her about a small schooling jumper show only a week away and to at least come with Johnny. Best case scenario? She hopped on and trotted cross rails. Worst case scenario? I would get on and trot the cross rails for her.

The day of the show rolled around and we planned to get there early to let the baby horses get used to the environment. Not only was Claire potentially showing Johnny, another one of my so-called “students”, Caroline, was taking my baby gentle giant Kennedy in the same division. 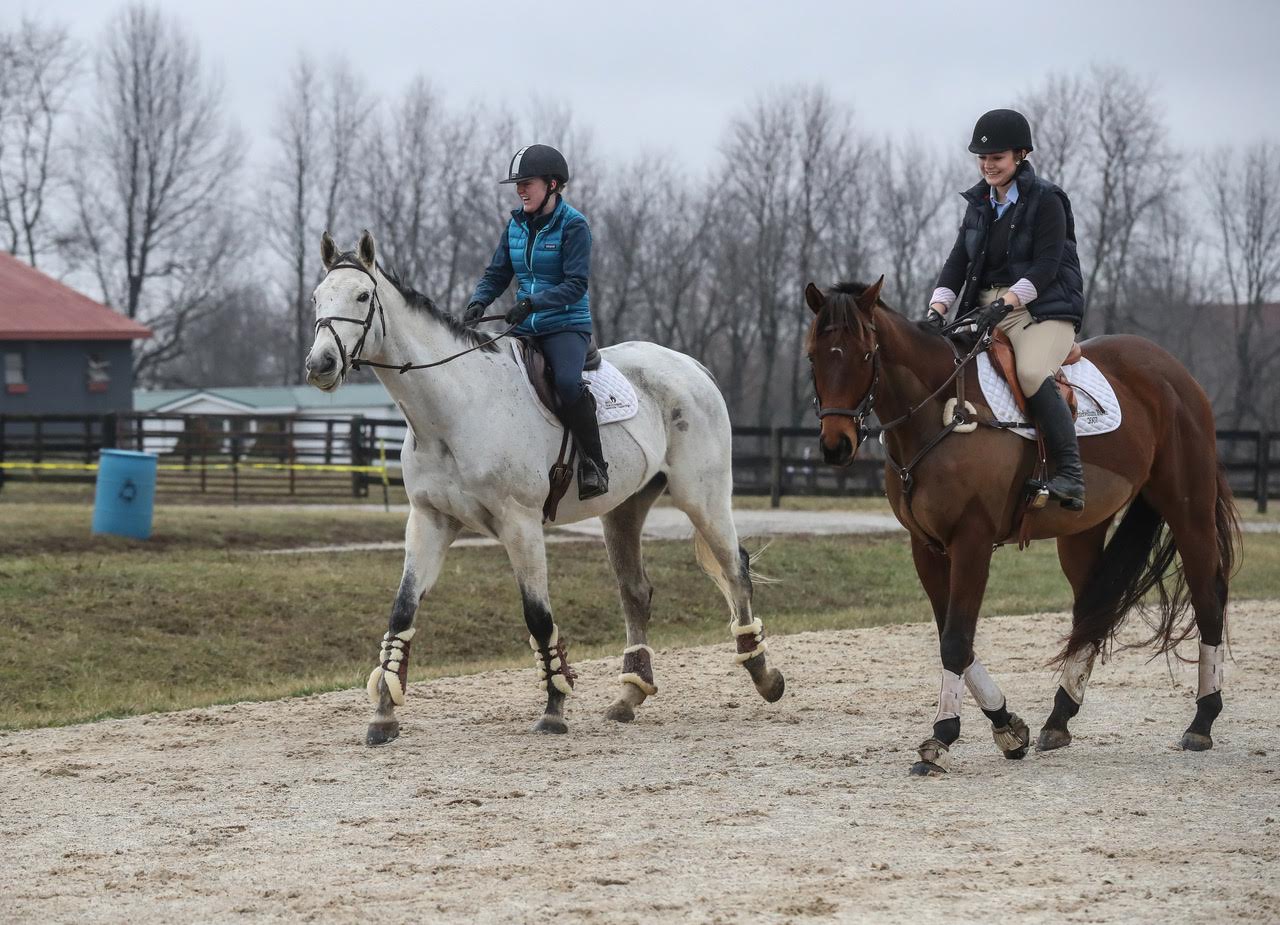 I told both girls in warm-up there was no need for fear. Both horses were over 16 hands (Kennedy being 17.3h) and could easily step over the fences. I explained that is exactly what I expected them to do if either horse slowed down or stopped. This was a learning experience, and it was crucial for the babies to learn straight and forward.

But neither stopped. Both Claire and Caroline went into the cross rails division like they had been doing it their entire lives. They came out with smiles on their faces, but more importantly they came out with confidence. I convinced both to enter starter, hoping their confidence would only grow as they jumped 2’3.

And again, they were both flawless. But as we loaded up the trailer I remarked that the weather was beginning to turn. It was pretty cold and starting to drizzle and I thought about canceling my own horse, knowing full and well it had nothing to do with the weather and everything to do with my own confidence.

I hadn’t shown Mak in almost 9 months, due to no fault of his own. When my confidence was up and my bank account was full, Nixon always drew the short stick. He “needed” the experience more, and Mak was my packer—he already had the experience. Because of that, and because of this vicious cycle, I was scared.

Luckily, in true role reversal, my students became the teachers. They gave me a swift kick in the ass and threw me the keys, demanding we go get Mak. I hauled him back and tacked him up, hesitantly walking to the warm-up. I was petrified of even the most minor error. A bad distance. A downed rail. Or GASP, a stop. But even in my blind terror, in the back of my mind I knew I had the greatest ally. The greatest team.

I went into the Novice division with my shoulders hunched and my eyes down. I glanced around at the fences wondering how they could possibly be only 3 feet tall. I kicked my horse into a canter, mumbled a prayer to the Horse Gods, and tried to keep my hands low. I told myself that as long as I didn’t tell Mak to stop, he would go.

And go he did. We moved up to the Training level division and he packed my ass around there too. And I also left the ring with a huge smile and more importantly, with a lot of confidence, something that wouldn’t have happened without taking a chance on a little schooling show at Antebellum Farm for their “Winter Staycation Series”, amazingly sponsored by Bob Mickler’s Tack. It was exactly what we needed. 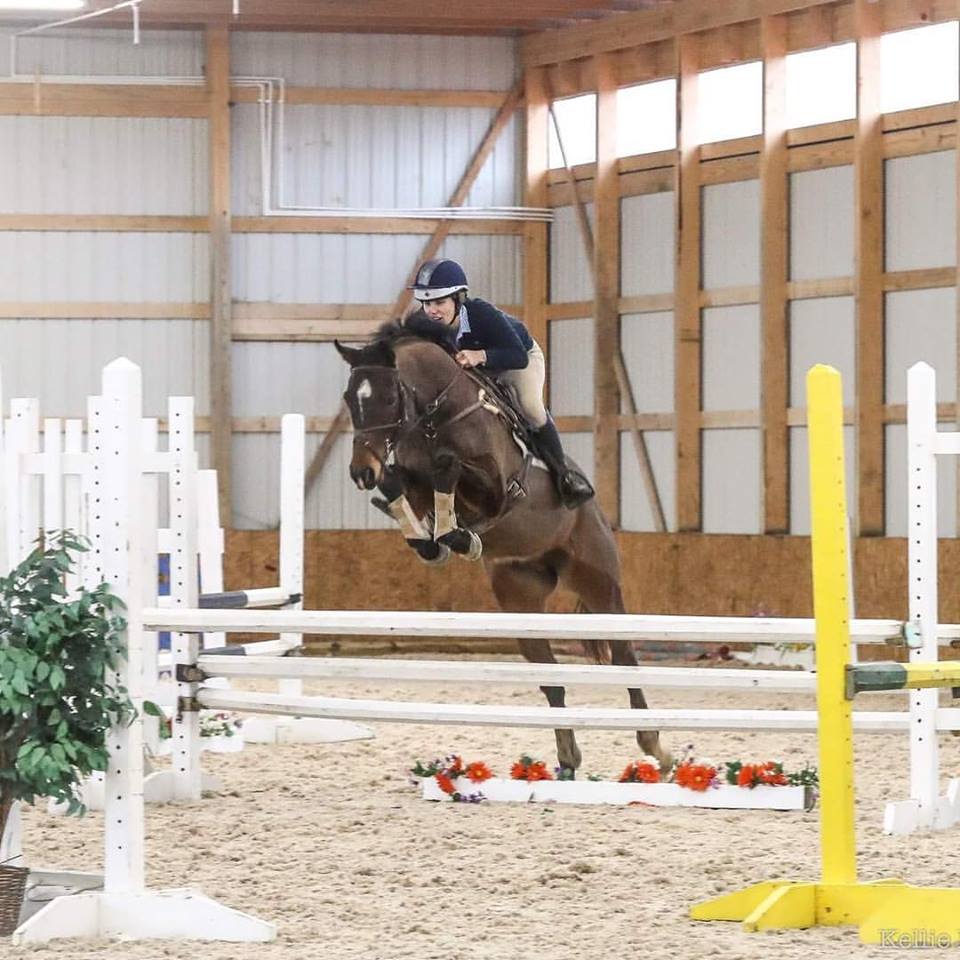 I’m hoping that the vicious cycle is broken, and if not, that it’s at least been rerouted. I have entered into another show, and I’m hoping to soon get him up to WEF for some rated jumpers. And that’s all that really matters. Small goals achieved. Goals that we didn’t plan to set, or maybe even rerouted to. Smiles earned; confidence gained. And at the end of the day the partnership with a great horse, and some good students.

Students that, in this case, constantly teach the teacher.