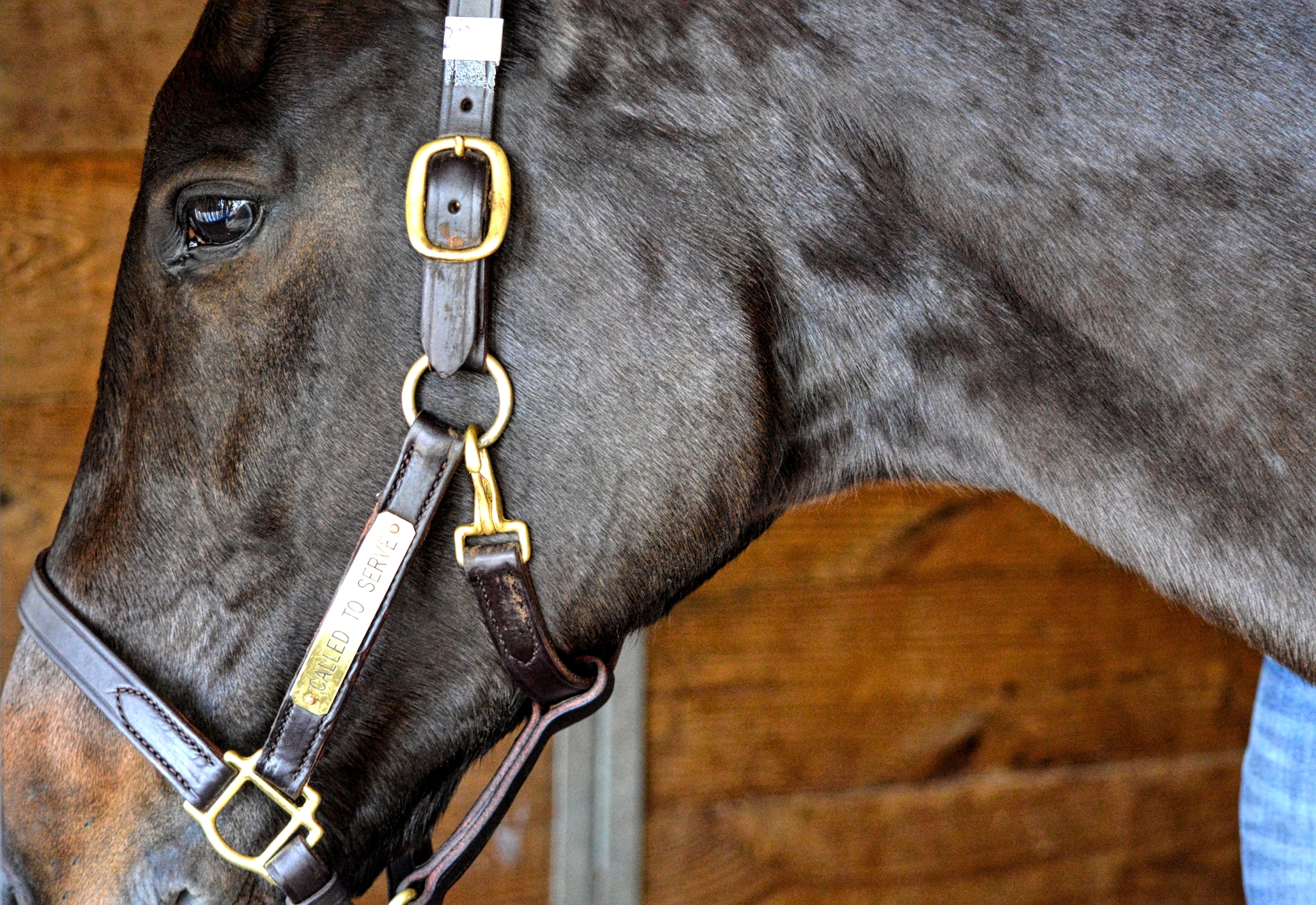 I woke up at 6am this morning and refused to leave my bed. It was a bitter 8 degrees outside in Lexington so instead I reached for my phone and began scrolling my newsfeed. I paused when I saw that my friend Kait was still having difficulties getting one of her training horses to load onto a trailer. As I began to peruse the comments under her post I gave her a metaphorical head nod from a fellow warrior of the ALH (Anti-Loading Horse) Club.

“You should only feed him when he’s on the trailer.”

“Have you tried shaking a plastic bag behind him? Works every time!”

And the kicker? “Send him to me. I ain’t never met a horse I couldn’t get to load good.”

I couldn’t take it any more. I typed out a message to her explaining that I couldn’t get into a social media war this early in the morning before I had a cup of coffee, but I just wanted to let her know that I had been there. I too had tasted humble pie. In fact, any decent horseman who has spent enough time around these creatures will admit the same. And it doesn’t taste all that great.

When I first got my OTTB “Nixon” from his race owners it became quite apparent that horse trailers were not his favorite thing. And this was understandable. Nixon had shipped from the track in New Mexico to his owner’s farm in Lexington to be retired. He had won $500,000, a GIII, and was one of the upper echelon older males in 2012. But that didn’t matter in 2015—at least not to his van drivers.

They claimed they had heard some noise upon entering the highway in New Mexico, but hadn’t stopped to check. 12 hours later, when they arrived in Kentucky, they opened the ramp to find a 1,250 lb., 17hh horse on the ground, cast against the wall with blood and open wounds covering the majority of his hind end.

And that was how Nixon entered his second life. 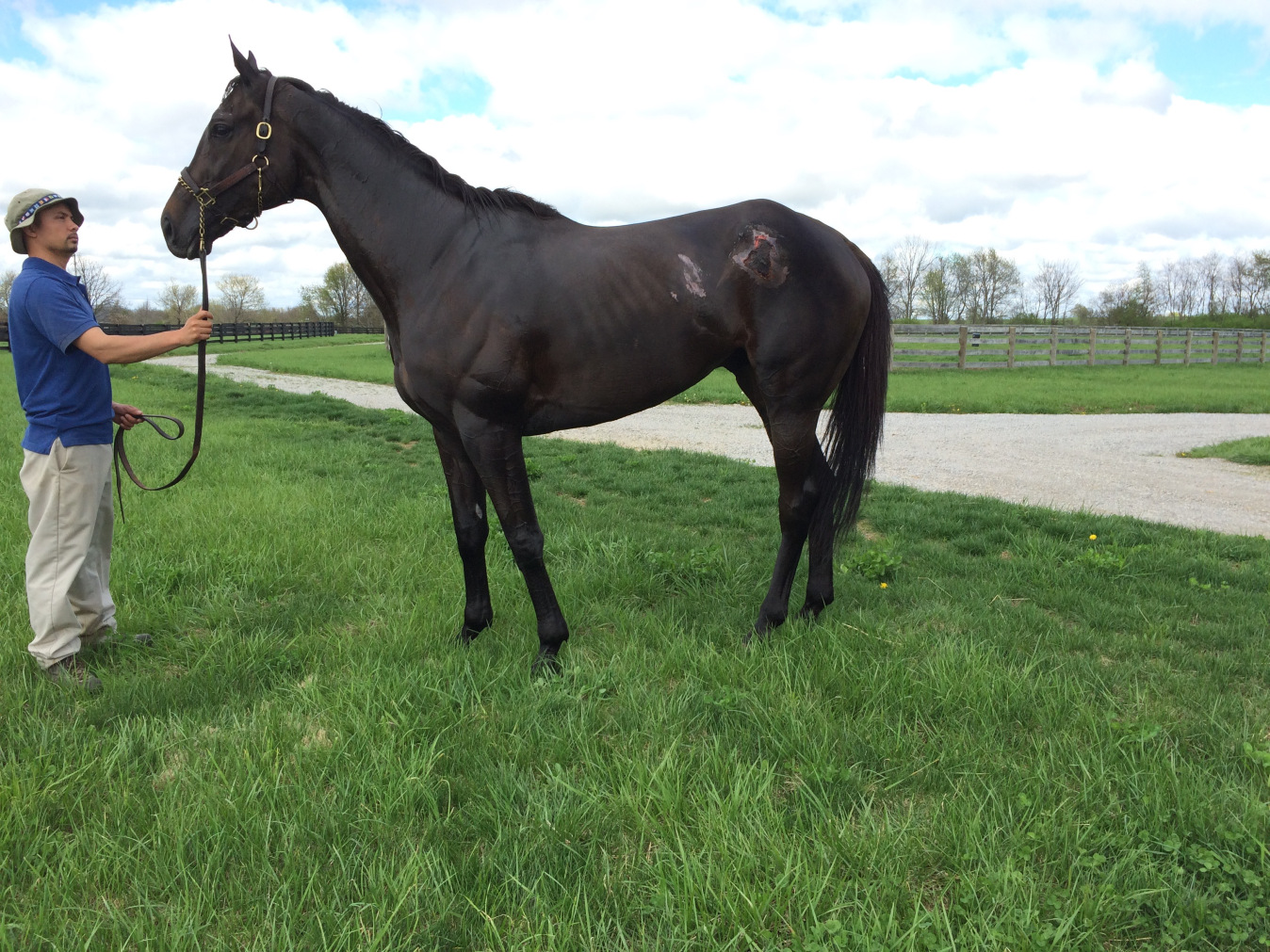 Nixon the day I met him, a few days after his trailer accident.

I tried every trick I had up my sleeve. I had always considered myself quite capable at training horses to load and had even been called upon by other horsemen to assist. My methods were quiet, simple and involved a lot of rewards and food. And none of them worked. At least not with Nixon.

After loading hundreds, if not thousands of horses in my life, I ended up owning the single one immune to my methods.

In a nutshell he was, and still is, frustrating as all hell.

Attempting to do meals in the trailer…

But now, 18 months later, I have come to terms with this. Nixon will load, albeit just for me and in a specific fashion that infuriates my manfriend. And that’s ok because I don’t want to be one of “those” people; the overtly confident type who is constantly advertising and preaching that their methods are foolproof. That says that they can ride any horse. Load any horse. Jump any horse. Hell, lead any horse.

We see those people in every aspect of this industry, from show barns to rodeos and everywhere in between. I used to be that person; but slowly, and steadily, my ego has unravelled.

First it was in my riding. I showed up in Wyoming in 2006 and told the head wrangler that I could ride any horse he put me on. Silly little eastern girl from Pennsylvania, I knew that I could stick a buck—I had done it all of my life on my trainer’s show ponies. But seventeen falls later in less than a week and I backed down. I left that ranch with a bruised ass, and a bruised ego. 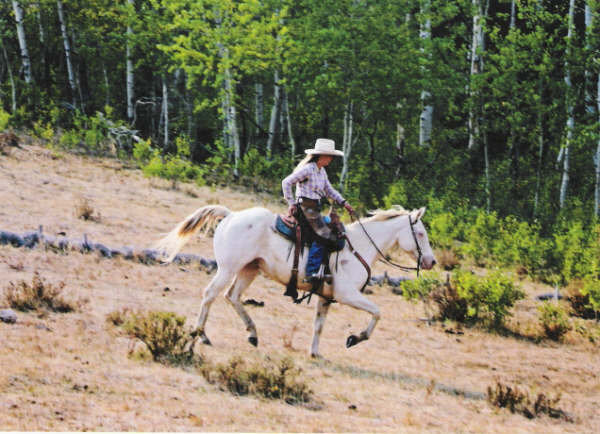 See that death grip? My first taste of scared.

And then it was the thoroughbred industry. I showed up to my first September sale and told the farm owner that I could show any yearling, any time. I had no comprehension that these horses mutated seemingly overnight as they shipped from their homes to the sales ground, but I knew that I could handle each of them at the farm. A few bites, a hell of a kick and a loose horse later, I admitted my flaws. I walked away from the sales with a new sense of my surroundings and my ability. 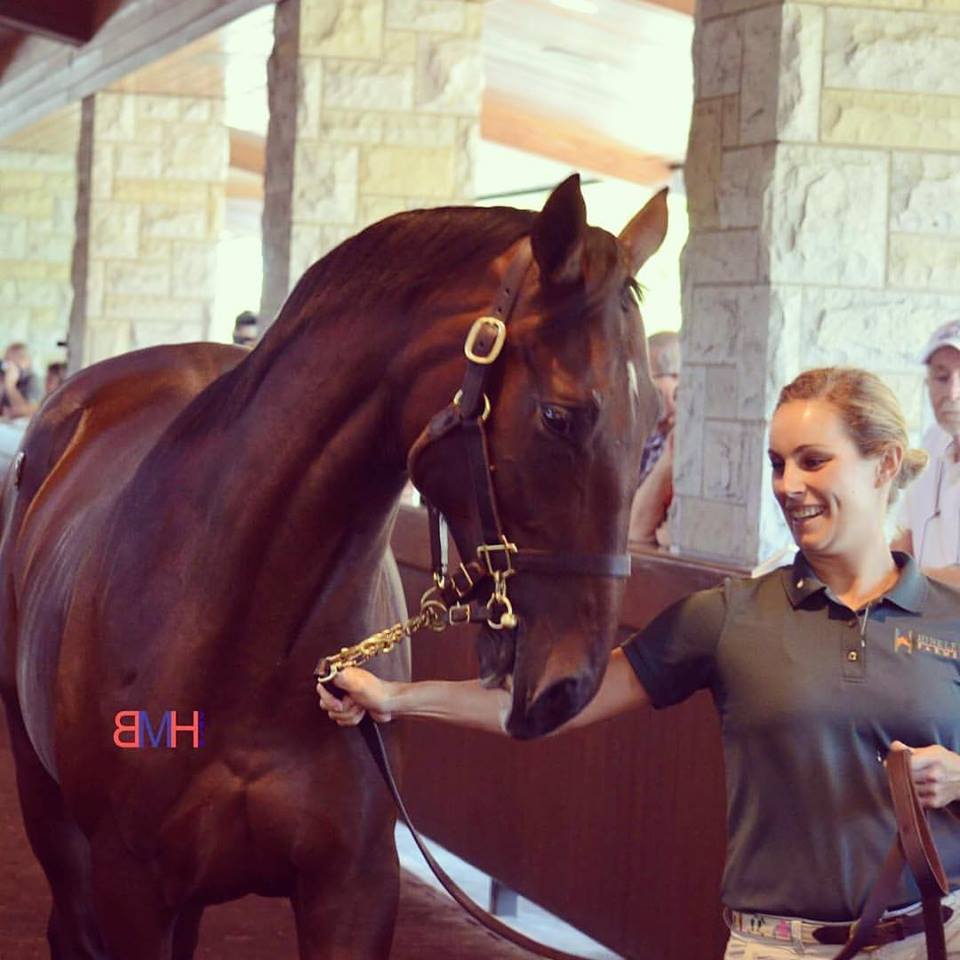 Getting “kisses” from a colt. ©Melissa Bauer-Herzog

But it wasn’t until I owned Nixon that I truly realized just how inadequate I was. But is it really inadequacy, or it is a lack of knowledge? There is a happy medium between the two—between knowing what you are capable of and what you are not, and having the sensibility to ask for help in the place where those two meet…

And that place is called humility.

Nixon has humbled me in ways that no other horse has before. And this amuses me to no end because it appears to everyone else that he is my “big” horse. The horse who has earned me any reputation that I currently possess. The one that threatens people and strikes fear into my peers.

But he’s also the horse who taught me that even with the resume that precedes my name, I am not invincible. Even with the hours logged or the skills gained, there will always be that horse that tests you; that shows your outer limits of comfort and proves that you are not perfect nor the best at anything. 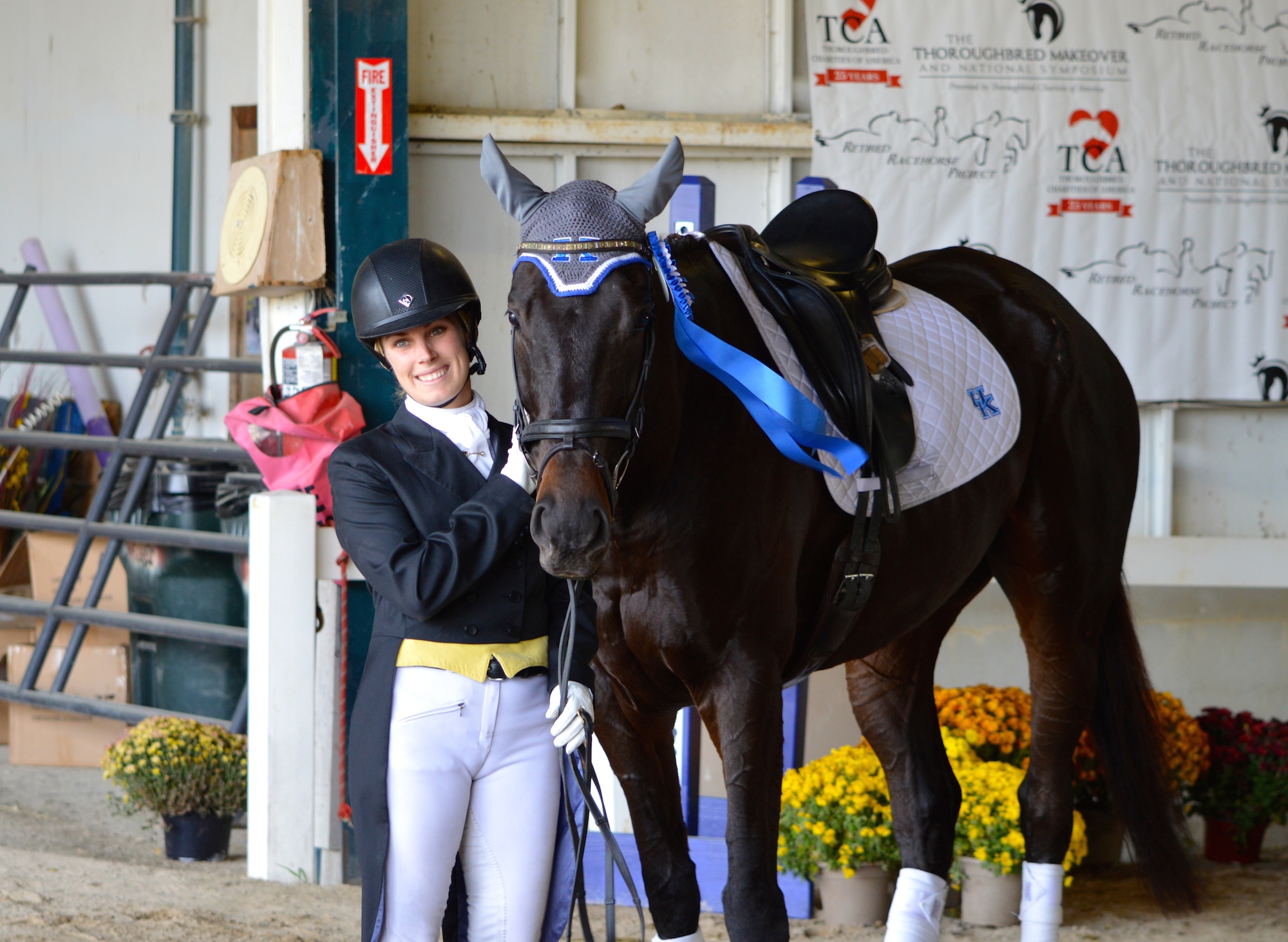 I think we as horsemen all need that horse. I don’t mean that I want every horseman to get hurt, but I think that we all need to eventually meet our match. We all need to realize that the gimmicks don’t always work. That speeding the process up with tricks doesn’t always end up with the horse on the bit or in the trailer. And, that the one sized training box does not fit all.

These horses will send you home from the barn shaking your head and shaking your fists. Most of them will lead you towards a drinking problem as well. But at the end of the day, they better you. 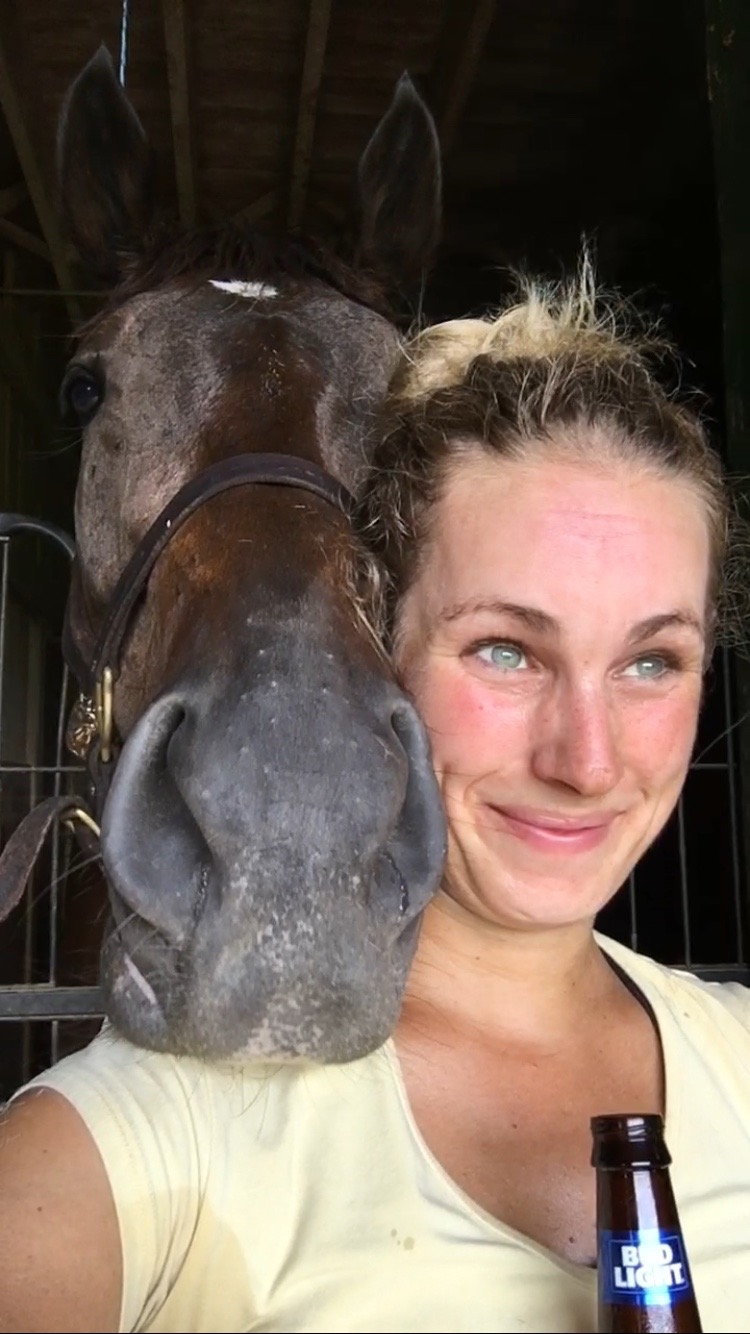 Having a drink with Mr. Humble Pie himself.

Nixon has already forced me to question everything I ever believed in. He has led me three steps backwards to reassess who I am as a horseman. He has forced me to admit when I am in over my head and reach out for help. He has shown me that I am not perfect. But hell, who is?

No one. And no horse is either. Avoid the people who claim that they can do anything with any horse. Wait it out. Eventually they will meet their Nixon. They will find humility and they will have two options when they meet that evil thing: they can either be humbled and learn from it, or power through and get hurt.

I choose to learn. I chose to eat the humble pie. It still tasted like crap but I’m learning to like it. There and Back Again: The Odyssey of an Adult Horse Owner