Holding On & Letting Go: A Playlist For The Horsing Life

Home > Blog > List > Holding On & Letting Go: A Playlist For The Horsing Life 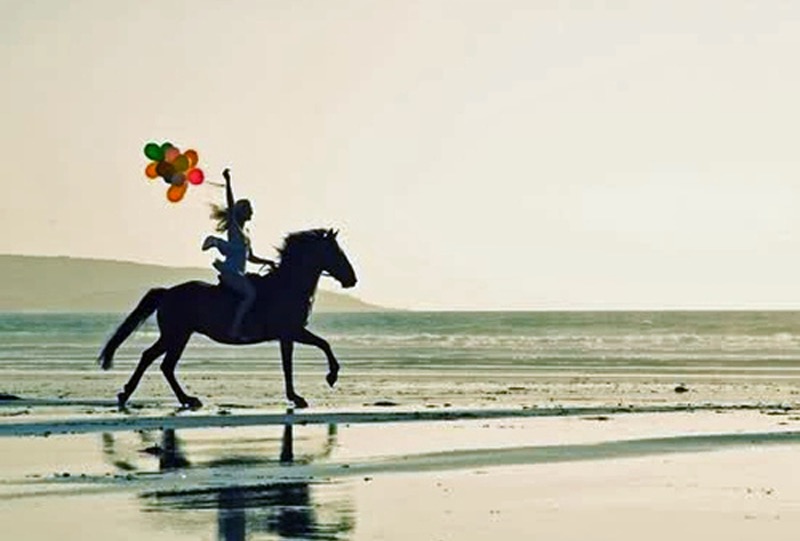 To hold on or to let go. That is the question this latest playlist tackles.

This query is common both in horseback riding and life. From on top of the horse, equestrians constantly remind themselves to hold on the outside rein and let go on the inside to maintain proper balance.

But in life, finding the right balance between holding on and letting go is more than just a matter of training. It requires an ongoing evaluation of ever changing circumstances. And it’s rarely easy to know whether you should be holding tight to your dreams or declaring this to be the perfect day for letting go.

Still, there’s a lot from your time in the saddle that can be applied to life’s many challenges. I hope this playlist will help you do just that. It opens with two tracks that champion the best of holding on. When the ride’s not over, don’t go giving in at the smallest sign of defeat. Be the tough rider you are and hold on!

When holding on becomes holding on for life, however, it may be time to consider a change of course. You’re probably headed for a fall whether you like it or not, and it’s a long way down before you hit the ground. But sometime you just have to be this low—literally and figuratively—to learn and let go.

Once you’ve learned how to let go, it can be just as joyous as holding on. So, keep your toenails on the ground, put your fingers in the air, throw back your head, and kiss all the gloom goodbye. Let’s get happy (again)!

Yes, this playlist has only nine songs instead of ten. No, this was not an accident. It was just perfect at nine, and I didn’t want to spoil it with filler. The final ANR song, with an awesome album cover, is actually about escaping a natural disaster. But I think it works perfectly as the close of this playlist because the decision to hold on or to let go is really about surviving the weather patterns in our own lives. So, whatever your decision, “let your voice just sing it loud,” and you will survive.

2. STARS (HOLD ON) by Youngblood Hawke from the album Wake Up

3. HOLDING ON FOR LIFE by Broken Bells from the album After The Disco

4. FALLING by Florence + The Machine from the album Lungs: The B-Sides

5. LONG WAY DOWN by Tom Odell from the album Long Way Down

6. DUST ON THE GROUND by Bombay Bicycle Club from the album Flaws

7. HOLD ON WHEN YOU GET LOVE AND LET GO WHEN YOU GIVE IT by Stars from the album The North

8. DOING THE UNSTUCK by The Cure from the album Wish

9. IT’S AROUND YOU by ANR from the album Stay Kids

Get the full playlist on Spotify here: Holding On & Letting Go