I Suffer from OBD—Obsessive Blanketing Disorder (Part I) 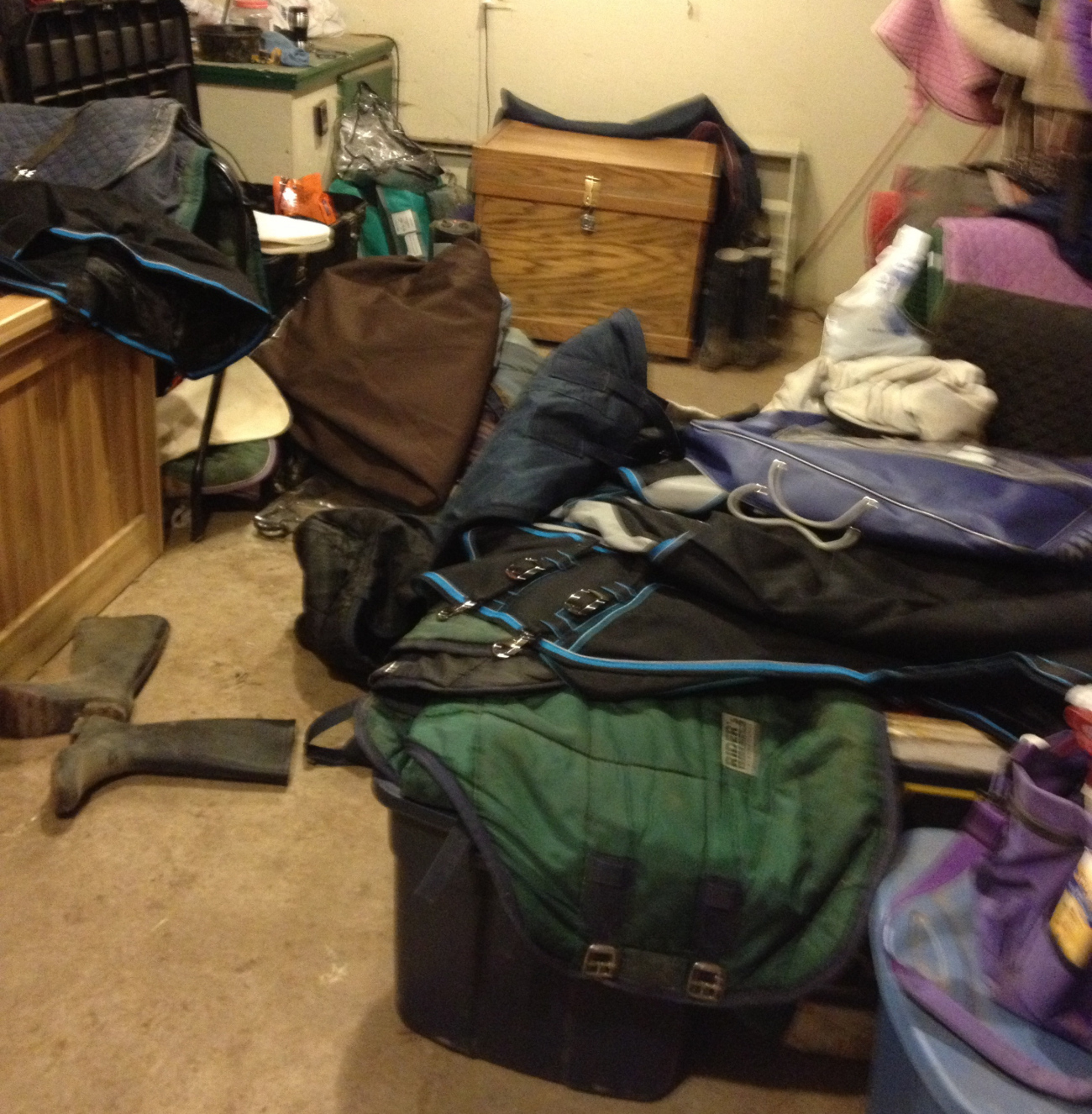 It is time that I tell the world. I have a disease.

While not well-known among the general population, it is a dark secret of the equine community. It has dangerous consequences in your life and the lives of your barn mates. It especially impacts your pocketbook. It can consume your every waking thought on an arctic winter day. Health professionals have not yet put it on the list of disorders covered by your insurance, but I expect to see it soon.

I have OBD—Obsessive Blanketing Disorder.

You know those shows you watch on A&E about the people who have to touch the door handle three times before they open it or can’t stop eating couch stuffing? Yeah, it is a bit like that, I’m afraid to say. A sickness. A disease. An obsession.

My fabulous Aunt Lori gave me a choice of Christmas presents this year—some fancy new duds for me (I’m in desperate need) or a cozy new Weatherbeeta with fleece-lined neck cover for Jorge. That was a no brainer.

I can’t leave the barn without sticking my hand under Jorge’s clothing at least half a dozen times to see if he’s too warm/cold, or if I can determine whether he will be “just right” at midnight. Some days he just heaves a horsey sigh at me, understanding that the less resistance he puts up to my icy hands darting underneath his toasty coats means I’ll knock it off. Other days he pins his ears like, “Lady, enough is enough!”

Lately, I’ve started to realize just how bad it has become. Recently my dear friend, who shall remain nameless, (*cough cough.. Jodie… *cough cough) and I had what amounted to a nearly four-hour conversation via text message about what our horses should wear that night and the next day. Let me repeat that—we texted approximately four hours about horse blankets.

I’d like to say this was a one time occurrence, but I can’t. Over the past few months while we still boarded at the same place, we would plan our weeks in advance, staggering who was going to be there in the morning and at night for multiple outfit changes on our equine companions. Some days one of us would go out to the barn twice.

Back “in the day” it was so much easier. We had three blankets —a cotton sheet, a stable blanket, and some sort of canvas *maybe* waterproof item. No neck covers, no discussions on denier or poly fill. Your trainer told you what to put on your horse and off you went, never a second thought.

Now I stare at his blanket tubs daily, contemplating which combination of the more than 14 coats he owns would he like to wear that day.

I took this picture and posted it to the faceyspace—because I just knew everyone was as concerned about Jorge as I was, of course 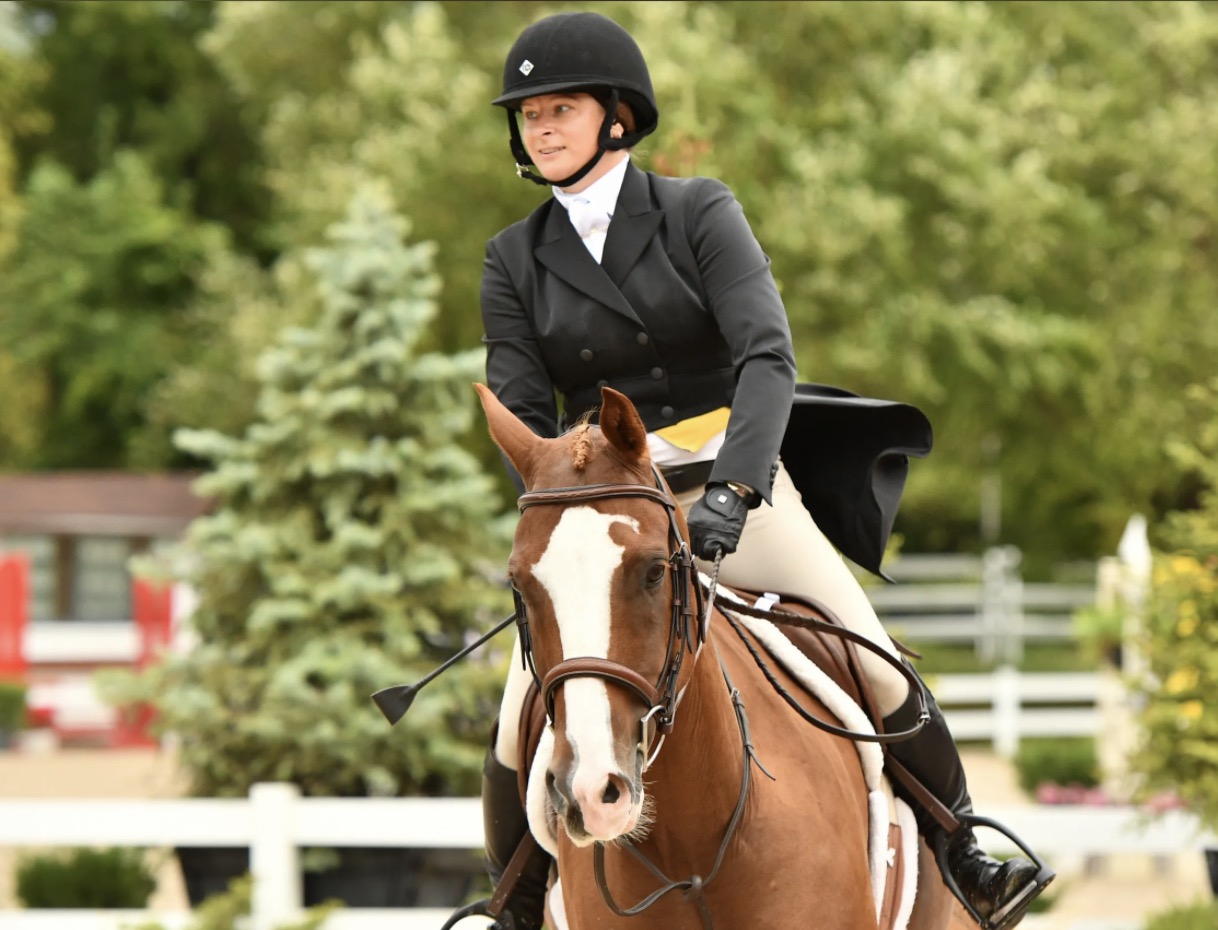 Jorna Taylor is a lifelong equestrian and head trainer at Avalon Equestrian Center in Southeastern Wisconsin where she offers specialized and affordable hunter/jumper instruction and training for all levels of riders. Learn more at avalonec.com. Then follow the hilarity on Facebook.com/avalonongreenvalley