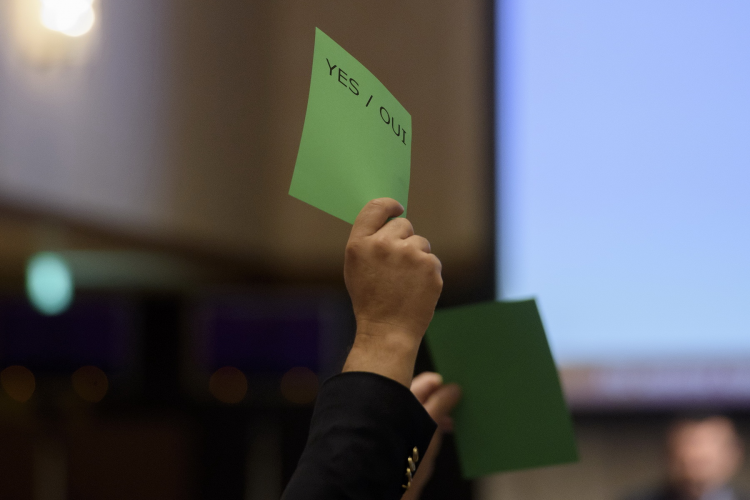 The FEI General Assembly has voted overwhelmingly in favour of the proposed format changes for the Olympic and Paralympic Games in Tokyo 2020.

Under the new proposals, the number of athletes in national teams will be reduced from four to three, and the drop score, which previously allowed for a team’s worst score to be discarded, will be removed. The use of a reserve combination will remain in place for teams, but will be even more important and will be a key element in ensuring horse welfare.

Despite a recent campaign by the International Jumper Riders Club (IJRC) and the North American Riders Group (NARG) advocating for the four-team/drop score format, only 11 of the 107 National Federations represented voted against the proposal. (Those were Albania, Bulgaria, France, Germany, Latvia, Luxembourg, Monaco, New Zealand, the Netherlands, Romania and Switzerland.)

Voting on the proposed sport-specific changes to the three individual Olympic disciplines—Jumping, Dressage and Eventing —was unanimously in favour. While the vote on the Paralympic formats saw one National Federation—Great Britain—against the proposed changes.

“This was a really important vote for the future of our sport if we are to increase universality in accordance with the recommendations of Olympic Agenda 2020”, FEI President Ingmar De Vos said after the vote.

“We need to increase the number of participating nations at the Olympic Games but within our existing quota of 200. Reducing team members to three per nation was probably the only way to boost the number of flags. Of course this now has to be approved by the IOC, but it opens the door to countries that previously could only see the Olympics as a distant dream.

“There were some National Federations that didn’t agree with the proposal, but that’s all part of the democratic process. Now we need to work together to make this a success.”

The proposed changes are as follows:

The FEI-approved proposal will now go to the IOC Executive Board for final approval in 2017.