The High-Strung Horse Who Taught Me to Calm Down

You came out of your stall willingly, allowing me to put you on the cross-ties. Then the fun began.

I brushed. You tossed your head up and snapped your teeth at the air. Another stroke. You lifted your back leg and held it. I brushed again. A quick backward kick, flashing hind leg, hoof, metal.

I jumped. You jumped. I jumped higher. Panicked, you threw yourself backward against the ties, losing your balance and crashing to your knees.

Bracing your front legs, you heaved to your feet, trembling. In that moment I found my voice and spoke as calmly as I could, unsnapping the ties with my own body trembling, fingers clumsy with adrenaline. I returned you to your stall, unhooked the lead, stepped back into the aisle, and slid the door shut. We looked at each other through the bars.

I had thought this might be a good idea, an energetic ex-racehorse. Your owner needed a shareboarder and I wanted a quality horse to ride, since the Dutch Warmblood I’d been sharing had been sold.

Carrie had explained that you were “sensitive,” handling you quietly and affectionately as she introduced me to you. From her hands the saddle and bridle went on you with little drama, other than a stamp here and head toss there on your part. Nothing had seemed amiss.

What did you think as you stood there? Nothing in particular, I’ll bet. After all, you were a horse.

Or maybe you felt safe back in your stall, away from the jumpy idiot. But you did seem to be thoughtfully contemplating me on that first day. Finally, you dropped your head and snuffled around in the hay. I went to find some water and regroup.

After a while I brought you out again, forcing myself to relax, if such a seemingly contradictory thing is possible. It must be, because I managed to finish your grooming and tack you up. The subsequent ride was as much fun as its preparations were decidedly not.

Over the next few weeks my stomach would clench as I drove to the barn. I would take deep breaths, willing myself to not be so nervous. I had ridden for many years, but never had I been near such a sensitive horse, or felt so high-strung myself. I had, of course, consulted with Carrie, who gave me helpful tips, but really, it all boiled down to how I handled myself around you.

Tightening the girth was worse than brushing, with even more drama in the aisle. The second I attached the girth you’d move your hooves closer together and scrabble them, making me afraid you would fall again, which would cause my adrenaline to flow.

Steady, steady, I willed myself.

I discovered that if I kept the girth even looser than usual at first, I could methodically tighten it once I had led you into the ring, where you were distracted by the other horses, or jumps moved to a new position, or swallows swooping among the rafters.

Within that first month I realized that your teeth snapping was always aimed high into the air over my short body, never at me. It also dawned on me that you never kicked sideways or tried to swing your haunches to aim a kick at me. In fact, I began thinking that far from threatening me, you were trying to help me by explaining as best you could about places you didn’t like touched.

I tried to take your hints. Neck to tail, the pressure apparently was like needles pricking your thin Thoroughbred skin, so I used my softest brushes and then only briefly, to remove any dirt or bedding stuck to your hide.

Your legs and face were another story. You never flinched at touch there. In fact, you loved having your face brushed—the opposite experience I had often had with other horses, who would stand still for body brushing but evaded brushes or hands near their eyes or ears.

To the contrary, you would fall into a gentle, trancelike doze as I lightly brushed around these areas. It made me chuckle so see your head droop, ears resting almost sideways, as you relaxed.

You were delightful as well with the bridle, even reaching for the bit when I didn’t get it into your mouth quickly enough, standing patiently as I buckled the throat latch and noseband, in sharp contrast to your girthiness.

Almost every time I bridled you I thought with gratitude of the people who had handled you so skillfully, from your earliest trainer up to your current owner. By far you were the easiest horse to bridle I had ever come across, which made me extra grateful—because early on, if you had given me as hard a time with the bridling as you did with brushing and saddling, I would have thrown in the towel (and the tack).

The more time passed, the more we trusted each other.

I learned to read your body language for what it was, not what I feared it might be. You relaxed around me as I relaxed around you. I might always be alert to you, as you always were to me, but we stopped scaring one another. You taught me that if I allowed you to express your annoyance at what felt unpleasant, and adjusted accordingly to make the ordeal brief, you would be a willing partner in our relationship. And what fun it was to ride you, especially sensing that you enjoyed it as well.

Over the years, at many barns, I’ve been on terrific horses—but I’ve also ridden some who viewed and bore riders with irritation or apathy.

You, on the other hand, soon had ears pricked with interest the minute I’d appear in the aisle, and would welcome me with a nicker. (Sure, the carrots had something to do with that, but I never gave them to you until we had finished our ride.) Once I had led you to the mounting block you would stand, I would place my left foot in the stirrup, and then without fail, as I swung my right leg over the saddle, you would be off and walking, ever eager to go.

And that was my greatest joy, feeling how freely you moved at whatever gait you were in, and how willingly you would respond when I asked you to change it.

Loose, long walk. Floating trot. Flowing canter. I felt your energy in every movement. I think you enjoyed the mini-dramas during our rides, too.

Often as we began you would, true to your sensitive nature, see something that alarmed you and raise your head high, nostrils extended, blowing hard at a possible threat, walking in a wide arc around it. A piece of insulation worked loose by the busy birds. A beam of sunlight that wasn’t there the last time we headed for this corner. A jacket someone had draped over a post.

You needed to adjust to the many changes that occur in a busy competitive jumper ring over the course of a week. Once you settled, it was back to the business of moving.

Me, I wasn’t there to compete. I was riding strictly for pleasure, and what a pleasure it was.

One frigid winter day, during turnout in the indoor arena, a bone cracked audibly as you moved off. The vet was summoned, the verdict was given, and within an hour—your heartbroken owner comforting you at the end—your brave heart stopped beating.

When I heard the news I thought my own heart would stop. For a while I could hardly leave my house, and I couldn’t face the barn, with its empty stall.

“Come back. It’s the best thing for a broken heart,” my trainer said.

So I did. And she was right. Though the two horses I shareboarded since then couldn’t know it, your legacy lives on in the way I handled them. Neither was as sensitive as you, but one was green and quirky. They challenged me at times, but thanks to the education you provided, I could respond thoughtfully and, for the most part, effectively.

Now, when I think about the relatively short time I had with you, I feel not bereft at your absence but so happy to have known you. What a privilege. Never would I have predicted that a high-strung horse would help me become a calmer, more centered person, but you did, you lovely mare, and I am forever grateful to you.

Trinity, whose registered name was Sefa’slab (also known as Naughty by Nature), was owned by Carrie Haubrich, from whom I shareboarded at Red Coat Farm in Hawthorn Woods, IL, from 2011 to early 2014. Red Coat Farm leases and sells hunters and jumpers.

Amy Spungen, a freelance writer and editor, lives in Highland Park, IL, and has been riding horses for more than 40 years. 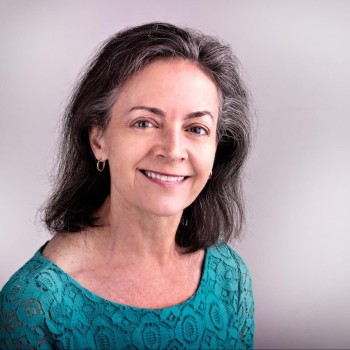