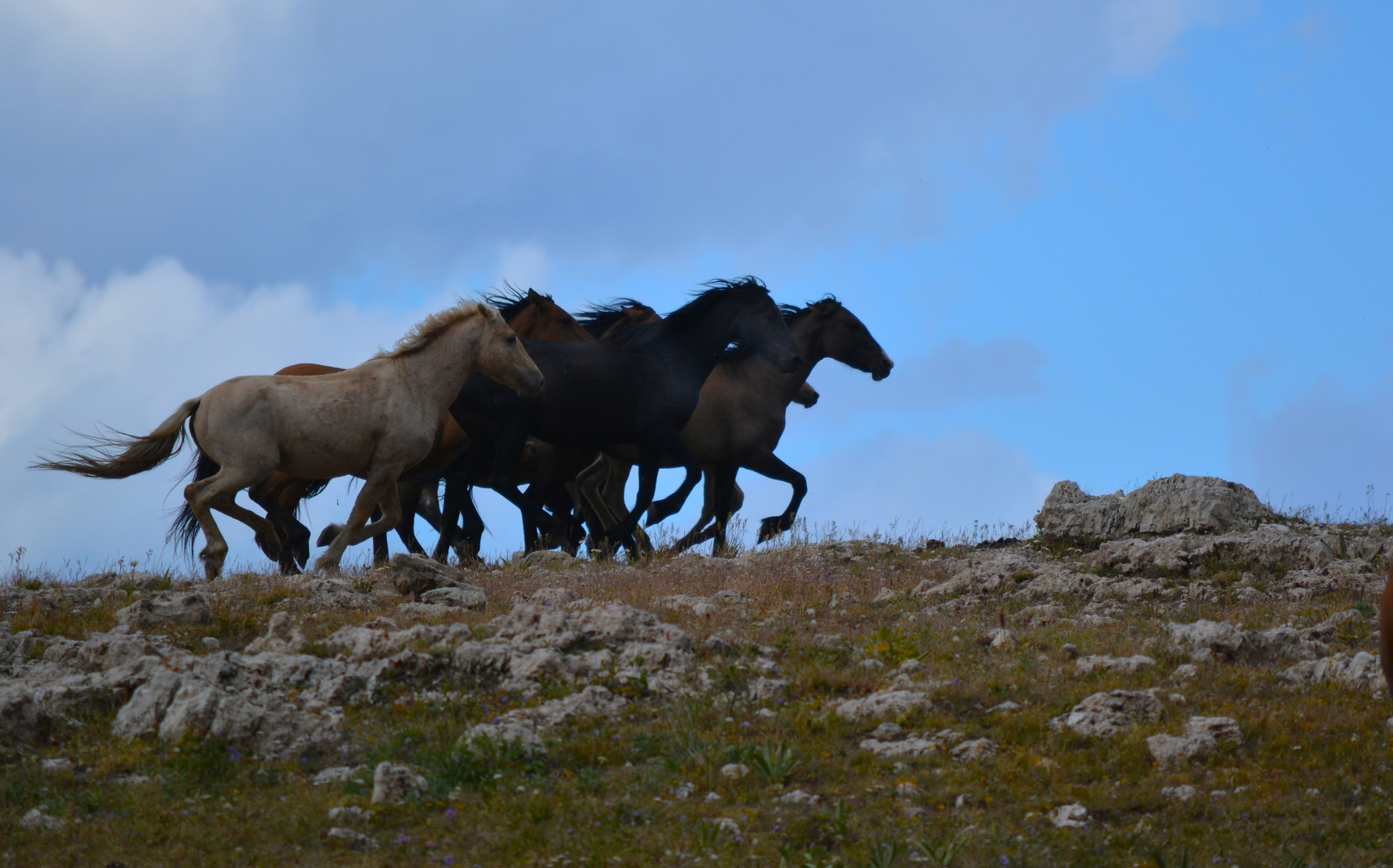 For the past few months, I’ve been involved in a training course to become certified as a Texas Master Naturalist. It’s a program whose mission is to train a corps of well-informed volunteers to provide education, outreach, and service to help with the beneficial management of natural resources and natural areas within their communities for the state of Texas. It has been a great experience, and I’m looking forward to starting my volunteer service—likely for the Katy Prairie Conservancy—now that the training portion is drawing to an end. Tuesday was our last class and each of my class members was expected to give a 5-minute presentation on the topic of their choice.

Shockingly, I chose to talk about horses. I’ve been reading about and learning about the U.S. wild horse population for years now, ever since I went to the horse exhibit at the American Museum of Natural History many years ago and saw information about adopting a wild horse. I lived in NYC at the time, and I mistakenly believed this was the kind of “adoption” where you send some money and you get a picture to put on your fridge. It was the closest I could imagine getting to one of these creatures at the time, as when I learned that it meant really actually taking a horse home with you, I doubted the BLM would deem a one-bedroom in Brooklyn a suitable living space for a horse, wild or otherwise. Later, I learned about the Extreme Mustang Makeover Challenge from watching the movie “Wild Horse, Wild Ride,” which I still dream of participating in one day. I’ve even taken a course on how to gentle a wild mustang. Clearly I have a lot of background in this topic. But the learning I’ve done in my Master Naturalist program has framed the issue in a new light for me; one I hadn’t considered before I started putting together this presentation. A huge part of what we’ve been taught in our training is about the role of native species and non-native invasive species in ecosystem management. Often this relates to plants, but it can refer to animals as well. (A really common example is European starlings, which were introduced by a man who was part of a society in New York in the late 1800s that decided we should import all of the species ever mentioned in Shakespeare. Starlings are all over the place now, and giving a lot of grief to Eastern Bluebird populations.)

[The BLM’s] mission is to protect native species from non-natives that would harm the land. If the horses are non-native, they are viewed as part of the problem and not a valuable form of wildlife.

The problem with situations wherein a new species that not native to the area is introduced is that they compete with the natives for resources, and can choke them out. The native species are integral to the ecosystem, like plants that provide food for pollinators such as bees and birds, and if they are diminished, it can throw everything out of balance. If a food source for pollinators is decimated by an invasive species taking over, it can disrupt every level of the food chain.

When it comes to wild horses almost all of them in the U.S. are under the purview of the Bureau of Land Management (BLM), based on the Wild and Free Roaming Horse and Burros Act of 1971, which covers the management, protection and study of horses on public lands. The BLM currently governs horse populations in ten states (Arizona, California, Colorado, Idaho, Montana, Nevada, New Mexico, Oregon, Utah, and Wyoming), where it manages herd numbers by rounding up horses in excess of what the land can bear (to prevent overgrazing and all its attendant problems for long-term rangeland health, and ensuring adequate food supply for the horses remaining loose.) Currently, there are over 44,000 horses in BLM holding pens throughout these states, most of whom have never interacted with humans. The cost to keep these horses is about $50 million a year—which is 2/3 of the BLM’s entire budget (they do a lot of other stuff besides manage horses). The Wild and Free Roaming Horse and Burros Act prohibits the sale of these animals for profit (meant to prevent their sale for slaughter), and a number of these horses are able to be adopted. But that’s not enough. The Bureau has considered drastic measures to deal with the problem.

What I hadn’t realized prior to working on this presentation is that the BLM classifies the horses as a non-native species, and this classification frames its management decisions. Their mission is to protect native species from non-natives that would harm the land. If the horses are non-native, they are viewed as part of the problem and not a valuable form of wildlife (not to mention an enormously symbolic one in American heritage) to be protected. But are the horses really non-native? We all know that horses were brought to the Americas by the Spanish in the 1500s. The mustangs now roaming on BLM-managed public lands are the descendants of those horses, and are therefore technically “feral”—the term for animals from a domesticated species that have gone back to living in the wild—rather than truly “wild.”

However, fossil evidence has shown that horses did once reside in North America before the arrival of the Europeans. In fact, it was a center of horse evolution. Wendy Williams offers an excellent read on this topic in The Horse: The Epic History of Our Noble Companion, which chronicles the fossil evidence showing the North American horse’s evolution through millions of years as it adapted to drastic changes in climate and the subsequent rise of the grasslands, and the evolution from a four-toed creature to the one-toed creature we ride today.

For reasons not entirely understood, after millions of years of evolution and adaptation the fossil record indicates the North American horse became extinct around 13,000—11,000 years ago. Luckily, animals from the genus Equus had already migrated via land bridges to other parts of the globe—Asia, Africa, and Europe—making them available to the Europeans who reintroduced them to North America in the 1500s.

And herein lies the crux of the debate into whether these animals can be considered native or non-native: Is the species that was brought by Europeans to the Americas (Equus caballus; the horse as we know it today) the same species that was present in North America 13,000–11,000 years ago and became extinct?

Both fossil evidence and the emerging science of studying mitochondrial DNA seem to answer that yes, it was the same species. This article goes into great detail on the subject, and provides citations for the research being conducted, but the main points are these:

-The fossil record indicates that Equus caballus is about 2 million years old and originated in North America, and there is no evidence for its origination elsewhere.

-While the genetic analyses of mitochondrial DNA do not indicate the origination of the Equus caballus species, it does indicate that it underwent genetic divergence around 200,000 to 300,000 years ago—from which we can extrapolate that if it was present that long ago, surely it originated earlier than the 11,000—13,000-year time frame given by the fossil record for North American horse extinction.

-Furthermore, the study of many species’ genomes has led to the reconsideration of much of our taxonomy—showing that animals we believed to be related may not be, and showing that we have perhaps been overzealous in species splitting, creating subspecies based on observational differences that are not reflected on a genetic level. This seems to be the case with horses as well. Genetic analysis indicates that Equus caballus is genetically equivalent to Equus lambei, the horse that according to the fossil record was the most prevalent and recent species in North America prior to extinction. Does this information make any difference to the 40,000+ horses now sitting in pens? Not likely. But this points to a serious gap between scientific research and the management decisions made by governmental agencies in charge of the protection of our public lands. It is vital that this gap is closed so we can begin using fact-based evidence to manage our lands and natural resources—not just the bottom line of a corporation, the rhetoric of a politician, or the hysterical ranting of people on the Internet who think they are “raising awareness” but who are, in fact, fear mongering and spreading ignorance.

As a final thought, I’ll leave you with this quote from the Texas Master Naturalist curriculum textbook, by Gregory Bateson, an English anthropologist:

“The major problems in the world today are the result of the difference between the way nature works and the way people think.”

As a naturalist, I am committed to continuing to form an understanding of how nature works and to educating others. I believe this is important in order for us to work in concert with nature to both further our goals as human beings and protect the land we live on for ourselves and its other inhabitants.

Jess Filippi is a freelance writer and editor based in Houston, TX. An English rider for most of her life, she now leases an American Quarter Horse, and is training to compete in Western riding disciplines. See more of her writing at jessicafilippi.com and urbanequestrianblog.com. 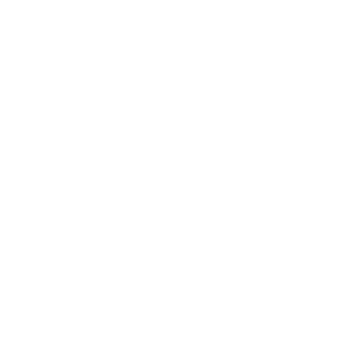