Take a shot at the Grand Prix. Do a shot on the podium! That was the order of the day for the $40,000 Amalaya Investments CSI 3* Grand Prix at the Split Rock Jumping Tour’s Bourbon International.

“It is my first time winning an FEI ranking class,” said Bluman. “It is truly a special moment for me.”

If the name sounds familiar, it should. There are Blumans aplenty in show jumping. Ilan rides for Bluman Equestrian alongside his cousin, two-time Olympian Daniel Bluman. His youngest brother, Marky, also competes at the international level in the USA. While cousins Steven (Daniel’s younger brother) and Josy (Ilan’s eldest brother) compete in the amateur classes under the guidance of their trainers—Ilan and Daniel. 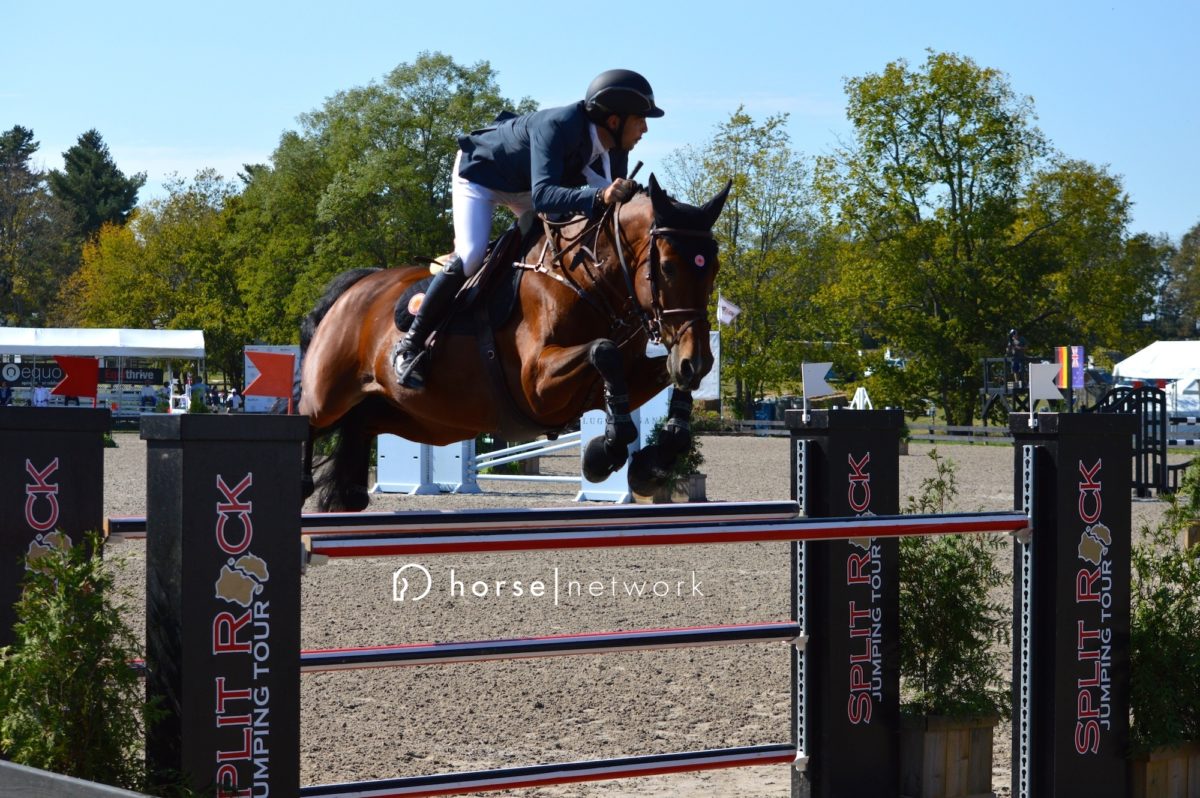 “I was talking with my cousin before the jump-off and I just wanted to go clear, I didn’t want to try to go fast,” said the 27-year old. “My horse is not the fastest horse.”

The strategy paid off. Riding Ladriano Z, Bluman was the only rider of 49 starters to post a double clear.

“My horse jumped really well and I am so happy,” said Bluman.