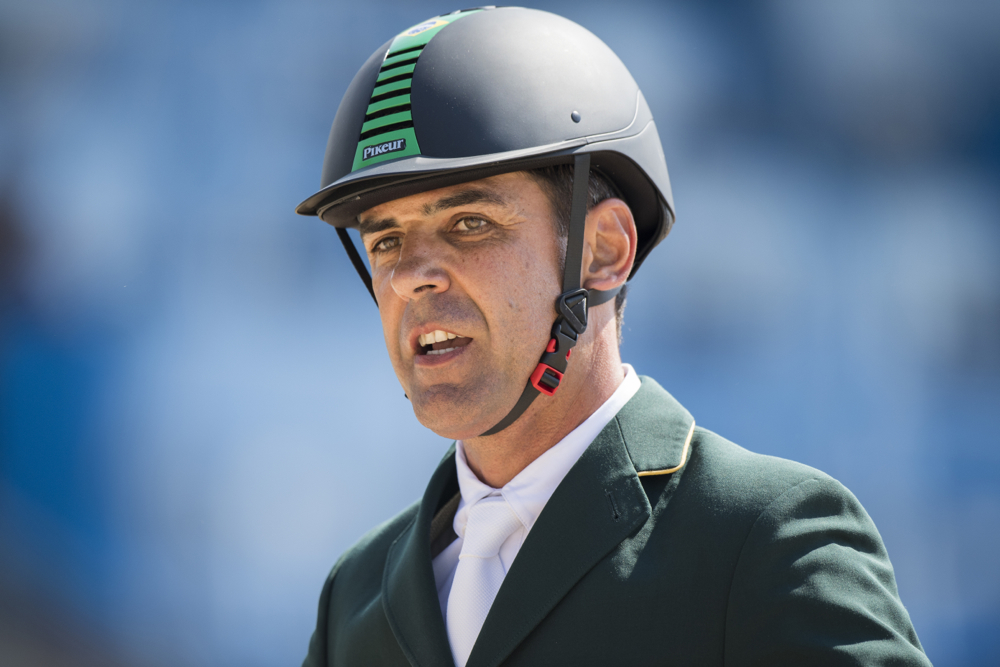 Think the high stakes drama of the Olympic Games is over? It was just the opening act.

Several media outlets have reported that Doda de Miranda returned to Belgium after the Rio Games to discover he would not be able to see or ride his Olympic partner, Cornetto K. The Brazilian rider is currently embroiled in a divorce with French-Greek heiress Athina Onassis. According to a statement by her lawyer published on World of Show Jumping, all the horses, including the 10-year-old Hanoverian gelding, are owned by Onassis’s equestrian sports entities. She’s asked for “privacy and respect” as they end their 11-year marriage.

Penelope Leprevost is still feeling that fall from Rio 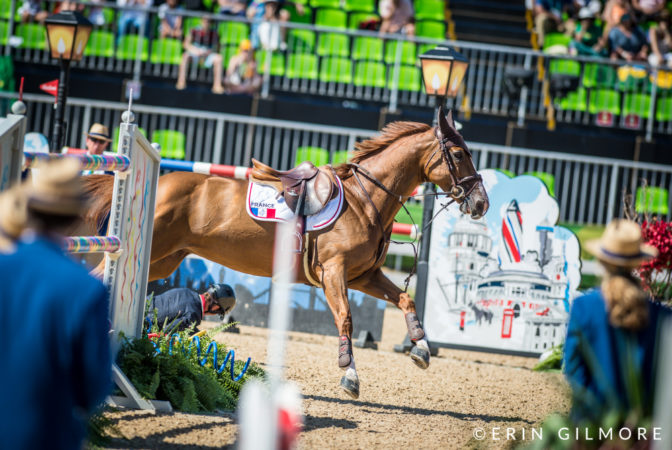 Penelope Leprevost (FRA) continues to feel the effects of the stumble that unseated her in the first individual and team qualifier at the Rio Games. She went on to help Team France secure gold. But, the fall left her with a “sharp pain in her right thigh.” According to her August 31 Facebook post, medical examinations revealed a muscle tear that will keep the French rider out of competition for a few weeks. Her horse, Flora de Mariposa is said to be back from Rio and in Olympic form.

Swiss rider Steve Guerdat announced that Nino des Buissonnets has jumped his final championship. The 2012 Olympic gold medalists were one of six combinations to jump off for the individual medals in Rio. Alas, a rail at the first jump would land them just off the podium in fourth. Guerdat confirmed the news in this heartfelt Facebook tribute to the horse that “makes my life better every day.” 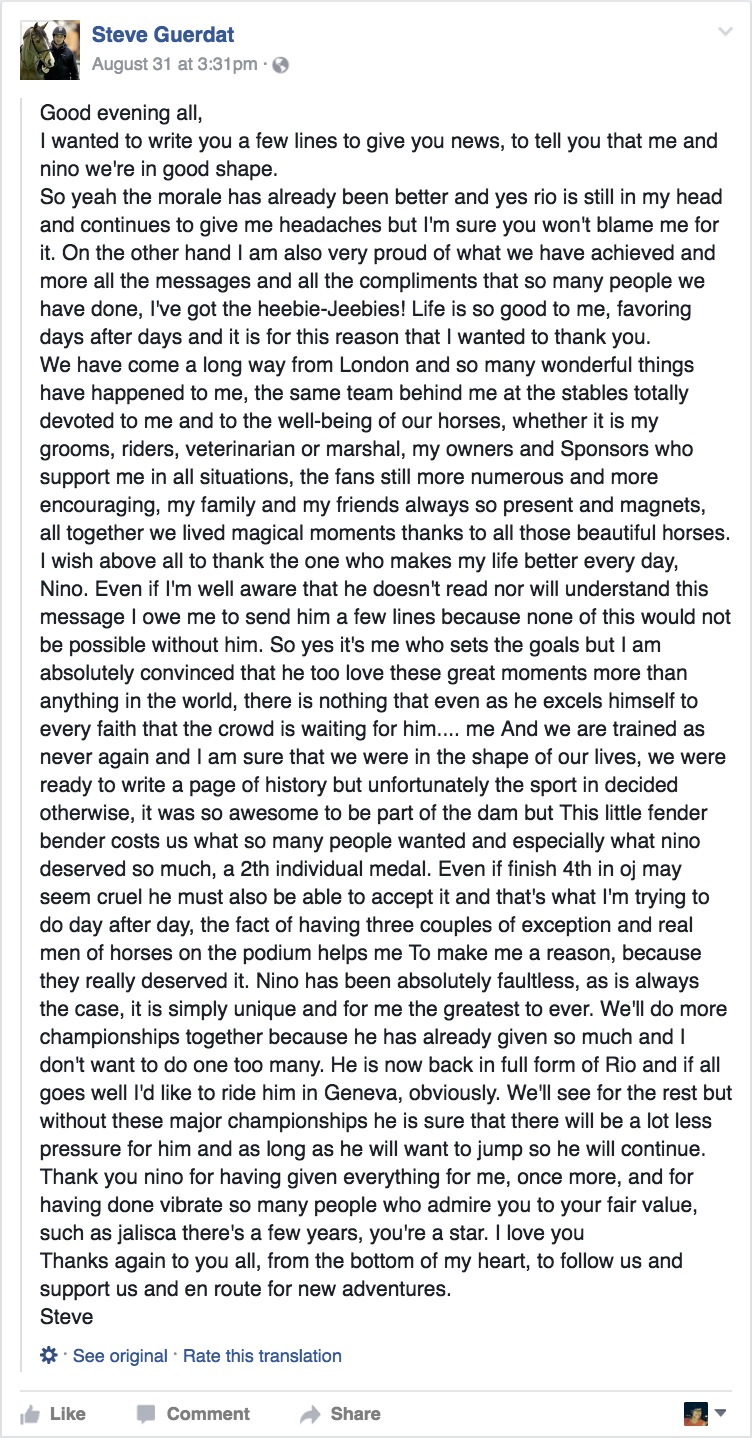 Ludger Beerbaum to retire this month 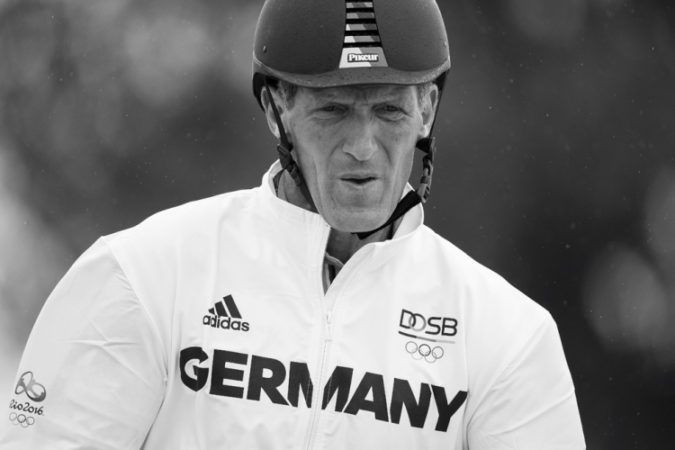 Germany’s Ludger Beerbaum is retiring from the national team following the Furusiyya FEI Nations Cup™ Jumping Final in Barcelona later this month. The seven-time Olympian made the announcement after capturing team bronze in Rio. Beerbaum took his first Olympic team gold medal in Seoul 1988 riding The Freak. He went on to capture two more at Atlanta 1996 with Ratina Z and Sydney 2000 with Goldfever and clinched the individual gold with Classic Touch at Barcelona in 1992.

“It was a tough decision,” said the 53-year old. “I’m grateful that I was able to represent Germany as a rider. Now this is a job for my younger colleagues.”