About That Video With Titan: An Open Letter To Clinton Anderson

Home > Blog > Life > About That Video With Titan: An Open Letter To Clinton Anderson 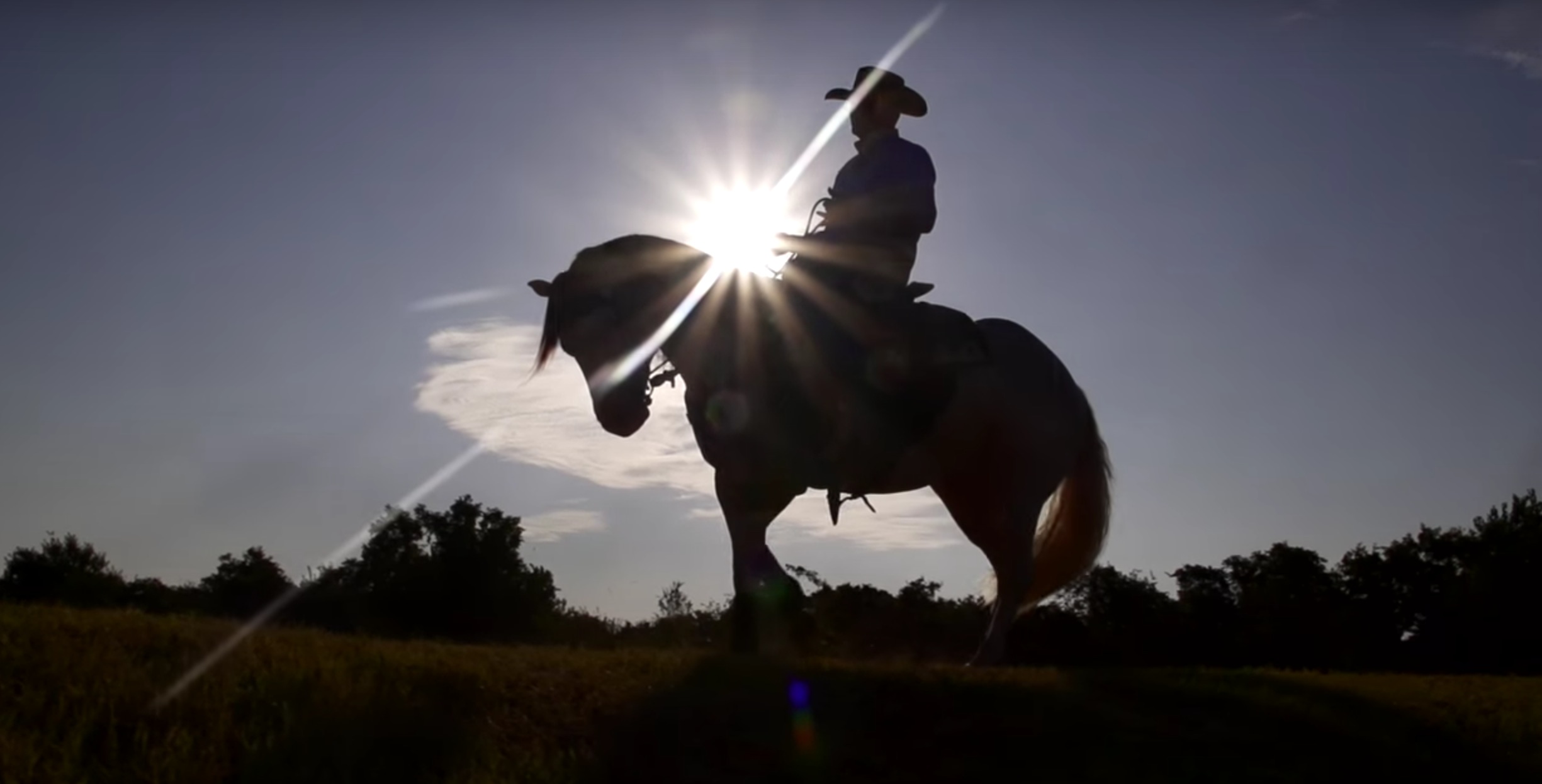 I have been a fan of yours for years now. As a horseman, your consistency, and the way you teach the importance of pressure and release is something I have always admired. As an equestrian personality, your honesty, lively sense of humor, and the way you refuse to gloss over the often messy side of horse riding rings true in a world where many clinicians prefer to make it simply look like magic. In fact, whenever I teach someone how to use a lunge whip or a handy stick I always tell them what you said to an audience I once sat in.

Last week, I watched your final video training Titan. Even in his most stud-colt moments, I appreciated your cool-headedness, and how you were kind, but still held him accountable. The more time I spend on horses, the more I learn that balance doesn’t just refer to my position in the saddle, or the movement of the horse, but the evenness of my actions and reactions.

I agreed with what you had to say about stud-colts too. Stallions and colts are simply more unpredictable and require a firmer hand and it’s better to have one bigger reaction than a dozen small nagging ones. I still have the scar on my shoulder to remind me of the moment I let my guard down around even a well-trained, socialized stallion. Since then, I have handled several more studs. We built up good working relationships, but that is because I heeded advice like yours and approached them with a different mindset than a mare or a gelding.

Here is the point in the letter where I have to disagree with you about something. I could fall down the Politically Correct rabbit hole, and comment on the use of words like “tree-hugger” or the problematic and tired analogy of the stallion as a teenage boy. I am not really interested in policing your every word, I am only interested in policing one word and that word is rape.

At the 10:20 mark of your video you say that a stallion will “rape your ass” if a rider doesn’t check the bad behavior before it escalates.

Clinton, I was raped. Not by the stallion who left the small white scar on my shoulder, but by a man I once knew. As the Bureau of Justice defines, I am a survivor of “Forced sexual intercourse including both psychological coercion as well as physical force.”

Horses are prey animals, they have survived as a species by being able to run away from predators. This flight response makes it so that any good equestrian knows that there is always a risk of bodily harm involved when getting on a horse. We as equestrians knowingly take this risk when choose to ride horses, stallions included.

Rape is never an acceptable risk factor. It should never be an expected danger of any activity. But just being a woman often comes with the danger of rape. And while I am aware that the risk of being raped is an unfortunate reality, taking the word out of your vocabulary for describing anything other than actual rape is a huge step in the right direction.

By doing this, you help de-normalize it as an “acceptable risk,” because you leave the word alone to exist as a verb that only describes the one thing it was meant to describe. By taking it out of your everyday speech, you prove that we as people can’t get raped by a project at work, or by a really steep parking ticket, or even by a horse that threw, bit, and kicked us all in one ride. Nope. We can only be raped by another person who purposefully perpetrated “Forced sexual intercourse including both psychological coercion as well as physical force.”

Taking it out of your vocabulary also makes great business sense. Most statistics including those from the Center for Disease Control suggest that anywhere between one in three and one in six American women have been raped in their lifetime. For men, it’s one in 10.

According to reports by American Horse Publications, The American Horse Council and others, somewhere between 80 and 90% of horse owners are women. So, out of all of those packed arenas to see your demonstration, all the DVDs you have sold, all of the students and clients you have had and all of the people who have watched you on RFD TV, anywhere between 16 and 18% of them have been raped.

If you are looking for numbers instead, think of it this way. Out of all of your Facebook followers, roughly 23,241 of them have probably been raped and add another 1,600 of your Twitter followers for good measure. These are the numbers if I use the smaller estimate. Think of the fanbase you potentially lose by using this word to describe something other than exactly what it is.

The reoccurring criticism I hear when I ask people to stop using rape as a verb for other things is that it shouldn’t matter because it is common in our vernacular. But you, Clinton Anderson, are one of the most recognized horse trainers in the US, in your home back in Australia or even around the world—you gave up being common a long time ago.

Later in the video, you say that people are drawn to you because you are genuine. This is true. Now I am asking you to please use your genuineness and stop using rape as a verb to describe anything else but rape. Even if it helps just one person feel safe, or just one person avoid the nasty experience of a flashback, or even help someone stop and remember that no one ever deserves to be raped, it will be worth it.

A fan and a Rape Survivor

Gretchen Lida is a Colorado native and nonfiction MFA candidate at Columbia College Chicago. Her work has appeared in Chicago Review of Books, The Horse Network, Mud Season Review, and others. She also rides horses and thinks about Aldo Leopold in Wisconsin.