McLain Ward: What Show Jumping Means to Me 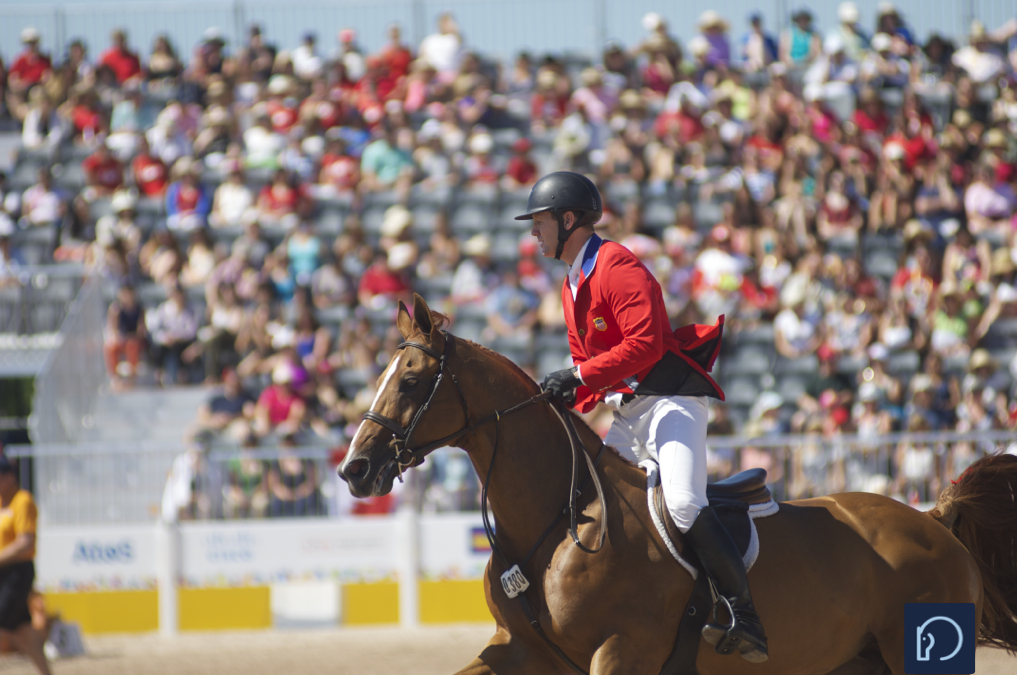 Show jumping was in my breeding, so to speak.

Both my parents were professional riders, so I grew up at a horse show. I wouldn’t say I was obsessed with horses as a child. I was never a “barn rat.” But I loved the life. I enjoyed the travel. I enjoyed the hotels, the atmosphere.

Unfortunately, I wasn’t very talented, so riding didn’t come to me very easily. To be honest, it was so bad that at one point a judge who was my dad’s dear friend, Artie Hawkins, told him to make sure he didn’t push me too hard. My dad was a little bit high strung.

I’d say in the beginning, I did the sport a little for family reasons, having divorced parents. It was something my dad did and my mom did. Being close to them is probably what kept me sticking with it as a boy. Boys sometimes find other sports, particularly if they’re not gifted.

In retrospect, I was lucky to have wonderful teachers—my mom, my dad, Paul Valliere, Albert Voorn—and to be immersed in the trenches like that. It’s amazing now, looking back, how that interaction with Ian Millar, Francois Mathy, George Morris, Rodney Jenkins, Michael Matz, Leslie Burk, Tim Grubb, all of these great horsemen, was just part of my daily life growing up. That was my normal.

When I got into jumpers and equitation, things started to come together with my riding. I sat on a horse well, which helped me a lot. I didn’t have the best eye, but I was able to develop that because of good position and great training and control.

Like I said, I wasn’t talented. But talent is overrated.

At 14, I won the USET Finals and that kind of set the journey. I was hooked. I won my first Grand Prix at 16. Compared to most it was very early but, in the grand scheme of my life, it seemed late because I was involved from such an early age.

I had enough success in those early Grand Prix to stick with it, but not so much that it came easy. That was lucky too in its way. It gave me a great work ethic if I wanted to be successful. And determination. I’ll never forget the year Lee [McKeever] and I went to Europe to compete for the first time. It was the winter of ’92/spring of ’93. We were on our own a little bit. We had kind of normal horses talent-wise and were trying to compete against Ludger Beerbaum. It was rough.

I look back now and I think that made us because from that moment on failure wasn’t an option. We weren’t going to accept that. Somehow, some way, we were going to succeed.

When the opportunity arose to ride for Team USA for the first time, I absolutely fell in love with it. It was in Rome ’95. I wouldn’t say I “made” the team. I was in Europe working for George Lindemann at the time and he was the chef d’equipe. But that was an incredible experience at age 19. In those days, it really was a team. You went to the show together. You ate together. You trained together.

It’s something that my dad instilled in me early on, too. In the old days of the equestrian team, he was probably on the wrong side of the tracks, but he never lost his love for or belief that true success was through being part of the team. For people of his background and his generation, the team and the USET was kind of The Man. Very few of them embraced it. But my dad did and it has been a guiding light for my entire career. The team, these international championships, representing your country, is the priority in the sport. Everything else comes with it.

I had my first real shot on the team for the indoor circuit. We used to do Washington, New York, and Toronto—to be in that environment doing what you love and what you’ve dreamed of, you’re on top of the world! I was living the dream.

We had some success, too. I always think success hooks you right in.

Now that I’m a father, my relationship with the sport has changed again. For me, fatherhood is absolutely first and foremost the greatest blessing in life. It’s an indescribable feeling, particularly if you’re lucky enough to be in a great relationship and have someone to enjoy it with.

I’ve been so intense and so driven in my career, getting that perspective things are just a mild bit calmer. It doesn’t really change how I do the sport. The sport is the sport. My professional is my profession. My daughter and my family, while they are intertwined with the sport, I never compare one to the other. They’re incredibly important to me in different ways. Of course, my family is my complete and total priority, but I also need the sport like a drug. Show jumping is so much of what I am and who I am and what I’ve done with my life.

I think what having a good family life, a beautiful daughter, has done for me is not changed how I do it, but if anything made me a bit better because it’s more clear why I do it. Why I put so much time and effort. Why I continue to battle that struggle, particularly when you get later in your career and you’ve won what some people would say is good enough.

I can’t say I’m any less torn inside when I have a bad day, especially when I felt I didn’t perform up to scratch. I’m still me. It’s just at this point you can only accept or allow so much of that to overtake your life.

As I look toward the next phase in my career, I kind of always thought 50 was going to be the number that I’d retire from competition. As I’m getting closer to 50, I’m not so sure now. If I’m healthy and keep myself fit and I can continue to have the wonderful support not only in sponsors and owners but with the people in the trenches with me, my team—if everybody is still as enthusiastic and loving it as much and feeling we are doing it well—for the first time, I’m thinking maybe a little beyond that.

Time will tell. I’m at a point where I’ve got a great mix of many things that are kind of at their peak, including HH Azur. So I’m going to focus on this right now and make the most of it and try to enjoy it a little bit.

And I do. I love it. Particularly when I feel I’ve done my job well.

But you know sport is a struggle, it’s a battle. And that’s what beautiful about it. You have to embrace that struggle to do it well. But have no illusions that it’s a simple life.