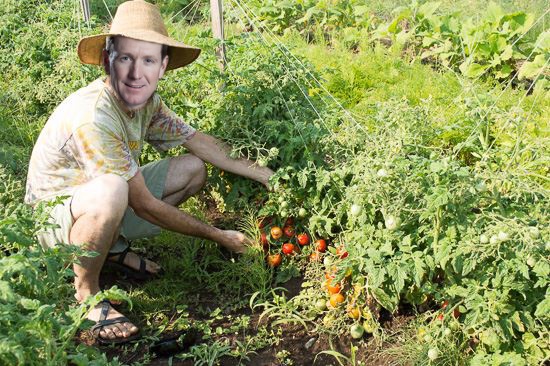 McLain Ward will not be going to Rio.

The two-time Olympic gold medalist announced today that he is retiring from show jumping to pursue a career in gardening. Week 12 of the Winter Equestrian Festival in Wellington, Florida will be his final show jumping competition.

A shoo-in for the US Olympic team, Ward has competed at the past three Games. He earned team gold medals in 2004 and 2008 and finished sixth individually in 2012. With his latest superstar mount, HH Azur, the World #5 ranked rider was heavily favorited to medal in Rio. Instead, he’ll be tending the newly installed flower beds at Castle Hill Farm in Brewster, New York.

“Listen, it’s something I’ve been working toward for a long time. At this point, the horses are taking me away from what I’m truly passionate about—gardening. Did you know that there are roughly 150 known species of roses? That’s not even counting the varieties! It’s my personal goal to grow every single one of them,” said Ward.

“I feel like my skills in the greenhouse are finally at the stage where I can make a serious go at it.”

“Obviously, we’re disappointed. Ward’s is sitting on the horse of his career in HH Azur—it’s insane to walk away from a ride like that,” said Ridland.

“But frankly, he’s become a bit of a distraction. In Ocala, the team was walking the Nations Cup course and Ward kept stopping to smell the flowers and comment on the arrangements. His head just isn’t in the game.”

“To be honest, I’m a bit surprised this is coming as a shock to anyone. I’ve been dropping hints about it for years. My daughter’s name is Lilly, for goodness sake.”

Stay tuned for more updates on this developing story.