George Morris All Access: A Lesson in Creating Opportunity 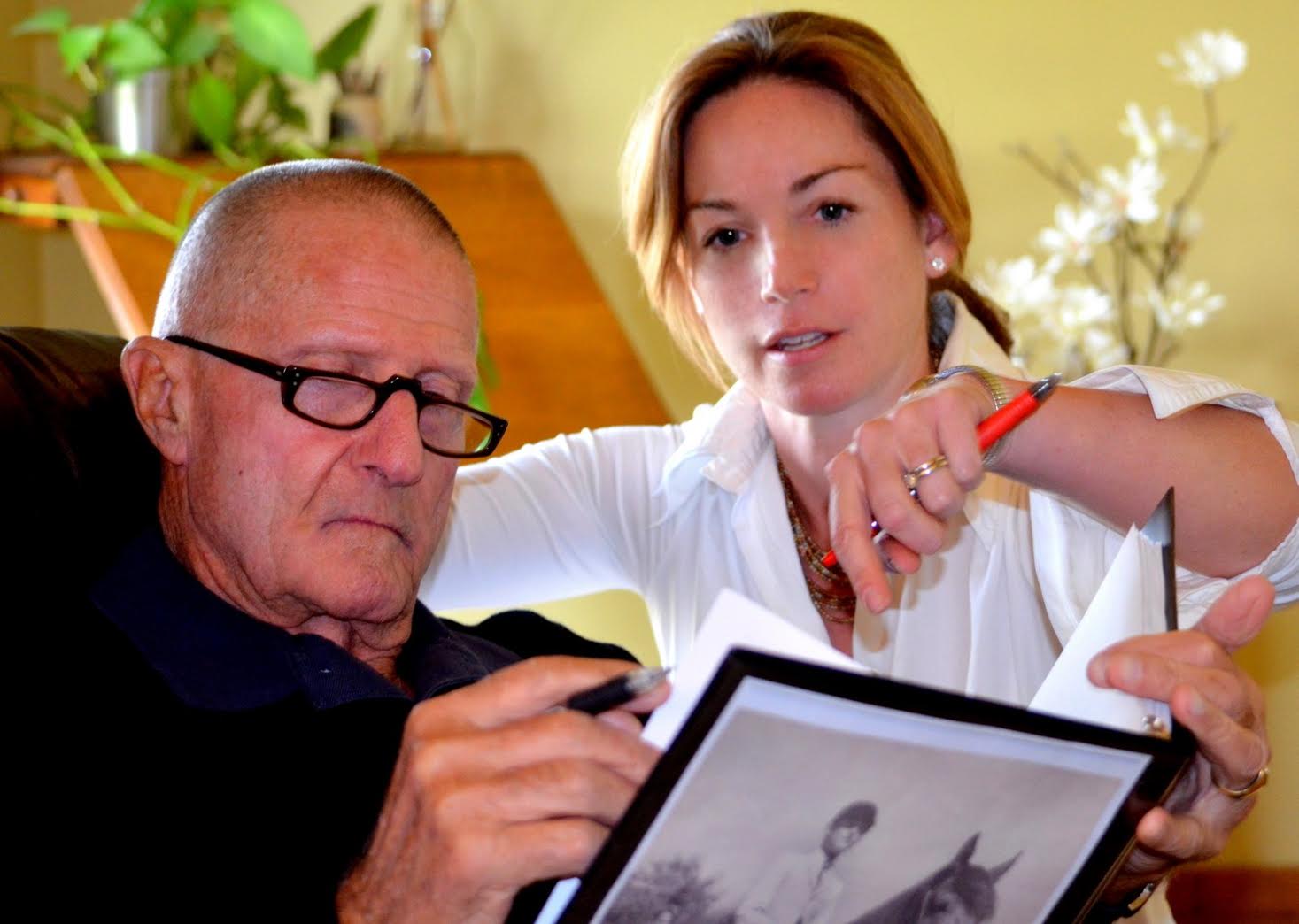 “I didn’t grow up in a horsey family,” says Karen Robertson Terry, a tall, tawny-haired regulatory affairs professional in the pharmaceutical industry. “But I was naturally drawn to horses from a very young age. After hearing me beg endlessly, my mother took me to a neighbor to ask if I could help with her horses. After a while I moved on to a large lesson barn and rode school horses in a big group lesson every Saturday. Saturdays turned into long weekends—and eventually into weekdays too. Having a horse of my own wasn’t in the cards, but as I gained some experience I had the opportunity to work in exchange for show entry fees, ride and handle green Thoroughbreds off the track, and even show some adults’ horses in the junior divisions.”

“Imagine being asked to write a book with George Morris over dinner! I nearly fell out of my chair in complete shock.”

Karen says because of her circumstances, she learned early about the “haves” and the “have-nots” in the horse world—but also that if you were willing to work hard, opportunities to ride and show would present themselves. She has carried this work ethic and belief in creating opportunity into her adult life, and her most recent accomplishment is a direct reflection of that conviction.

Unrelenting, the red-hot bestselling autobiography of the one and only George H. Morris, would not exist if it wasn’t for Karen creating opportunity.

“Putting myself in a position to be considered for this project was a result of being spurred into action by a little bit of well-timed inspiration,” Karen explains. “I’ve always loved writing and in particular fiction: my degree is in English and after college I worked for a publisher in New York. When I moved to Boston five years later, I took an entry-level job at a booming little pharmaceutical company. The job was a great opportunity and I figured I could write on the side, which I did a little (a children’s novel about a horse girl has been gathering dust since 2005). Years later while living in Oregon, I decided to send a book proposal to equestrian book publisher Trafalgar Square Books, although to be honest I thought it might be a total long shot.”

Karen’s idea for a book may have indeed been a long shot, but her submission and subsequent meeting with the editors at TSB convinced them that she was a candidate for a very different project: George Morris was writing his autobiography, and he needed help from a bright, hardworking, open-minded horse person who could roll with his notorious moods and meet his demands for perfection.

“Imagine being asked to write a book with George Morris over dinner!” Karen exclaims. “I nearly fell out of my chair in complete shock.”

Working on the book with George, while an honor and responsibility that Karen accepted, promised to be a massive challenge. She had a demanding “day job,” her own horses, husband, and home outside of Bend, Oregon—about as far away from George’s base in Wellington, Florida, as could be—and when they began the project, George had an almost nonstop, international clinic tour schedule, as well as private clients and coaching duties. “George also doesn’t own a computer or have email,” says Karen with a wry smile, “so right from the get-go I knew we’d be working face-to-face, over the phone, or sending documents by regular mail or fax. My first of three trips to Wellington was in October of 2013 and since then, well…”

This meant Karen’s own competitive riding goals (she has a Canadian Sport Horse named “Shade” she shows in the jumpers) had to be put on hold and vacations with her husband were simply impossible.

“All my vacation days went toward trips to work with George,” she says. “It was worth every sacrifice though! Even though I felt overwhelmed sometimes about the work, there was never a doubt I would press on. I had to do it. George was counting on me.”

Surely there was more than one moment when Karen doubted that she would ever be able to help turn the over 600 photographs scanned from George’s personal collection, over 100 interviews with George’s friends, family, and students, and over 345 hours of recorded “George,” telling his story, decade by decade, into something at all resembling a coherent book. But Karen persevered, and now, after three years in the making and numerous hurdles cleared, she can celebrate not only having created the opportunity to work side by side with one of the greatest horsemen of all time, but also the chance to immensely improve her own riding via the hours upon hours she has spent watching him teach and coach. “After I watched a clinic, I would go home and recreate George’s exercises with Shade,” she admits. “Every time I watched him teach, I would learn something to put into action with my own riding. At one clinic, George talked about the importance of encouraging both lateral and longitudinal softness in your warm up. Ever since then, when I warm up Shade (who starts out cold like a typical Warmblood) I make a point to have both kinds of flat exercises so that when I put her to work, she’s softened and flexed on all sides, able to shorten, lengthen, with lateral movement in both shoulders and hindquarters. When George articulated the importance of both kinds of softness, I realized why in the past I’d be inconsistent in getting that wonderful connected feeling with Shade.

“And now? Well, now I have the secret to getting it every time.” Unrelenting: The Real Story: Horses, Bright Lights, and My Pursuit of Excellence, by George H. Morris with Karen Robertson Terry is published by Trafalgar Square Books and available now.