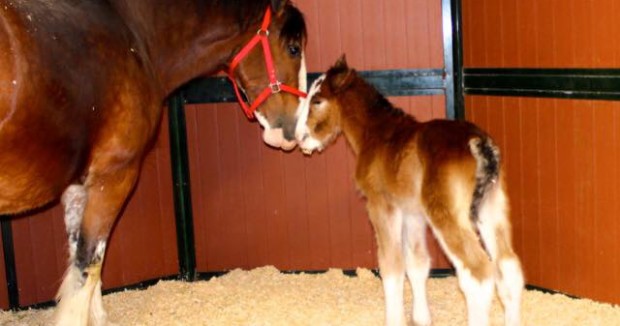 Here he is world, the newest member of the Budweiser Clydesdale family. His name is “Mac” and he hit the ground on Tuesday, apparently eager to get a cameo during the Super Bowl.

Mac was born at Warm Springs Ranch, Anheuser-Busch’s 300 acre nursery located in Boonville, Mo., and both foal and mom are healthy, the beer titan reported on Facebook. It’s here at the ranch Mac will spend the next few years with the dozen or so other foals, learning the trade and looking cute. 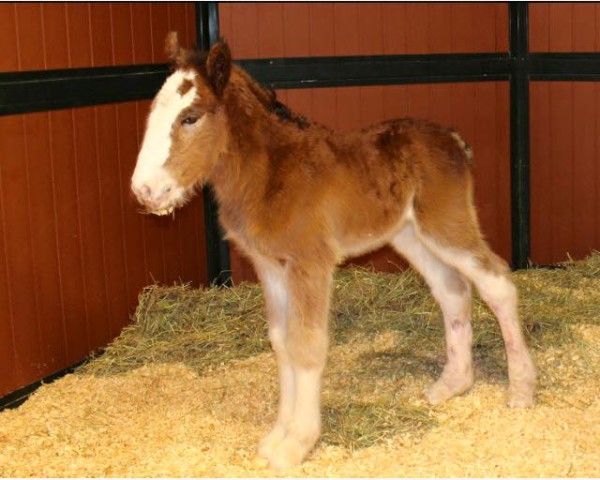 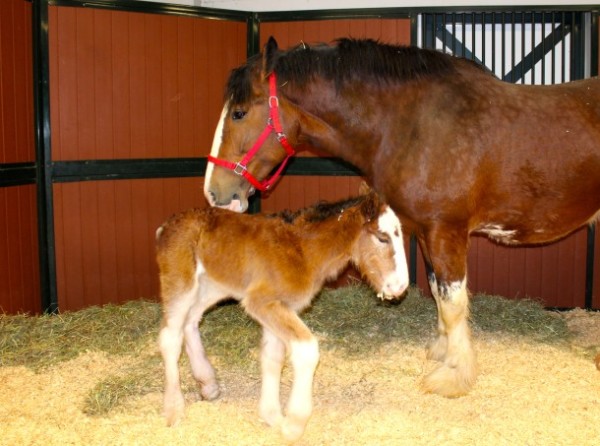 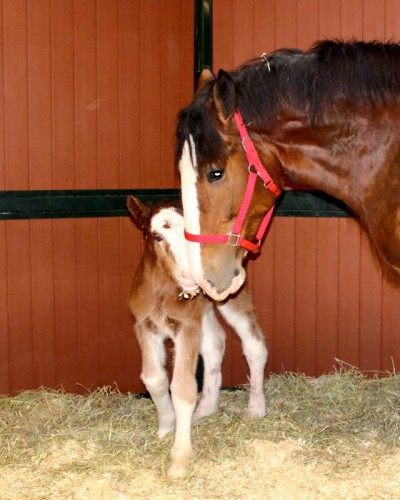 So when can you expect to see Mac pullin’ a hitch in a parade near you? Well, it’ll be at least another 4 years. According to the farm’s website, the criteria for becoming a working Budweiser Clydesdale is more than just a name:

They must stand at least 18 hands high (or 6 feet tall). They must be geldings and at least 4 years old. They must have a bay coat, four white stockings, a blaze of white on the face, a black mane and a black tail. And they must weigh between 1,800 and 2,300 pounds.

Speaking of the Super Bowl…A-B has been pretty mum on it’s plan for featuring their iconic equines during the big game, but did announce it would not be bringing back the puppy.

Despite being the most popular Super Bowl ad in history, the puppy did not translate to beer sales, and thus, is presumably still lost and looking for work.

Anyway…cheers to you, little Mac!