The Most Overlooked Fundamental in Flat Training 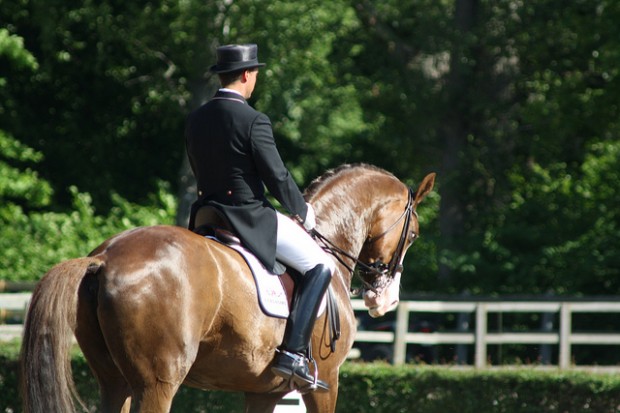 If you do a Google search for “Juergen von Buttlar,” you’ll find one article and a few random quotes from people promoting the fact that they’ve trained with him or had their horse trained by him. Because if you know who von Buttlar is, you advertise the association.

Here’s the thing. Most people don’t know who he is. Unless you frequent the Grand Prix hitching rings of Spruce Meadows or Wellington, you’ve probably never heard of him.

Let us fill you.

In the 90s, von Buttlar was the flat riding force behind show jumper Eric Lamaze (CAN), training horses like Cagney, Rio Grande, Millcreek Raphael, Kahlua, Tempete van het Lindehof and Hickstead. He’s married to Olympic dressage rider Martina Pracht (CAN). And he’s been associated one way or another with just about every major Canadian show jumping talent in the past 20-odd years. In fact, when the Canadian team sent its horses to Spain for the 1992 Barcelona Olympics, von Buttlar was the only rider they all wanted to school their mounts during the lengthy quarantine. He’s that good. 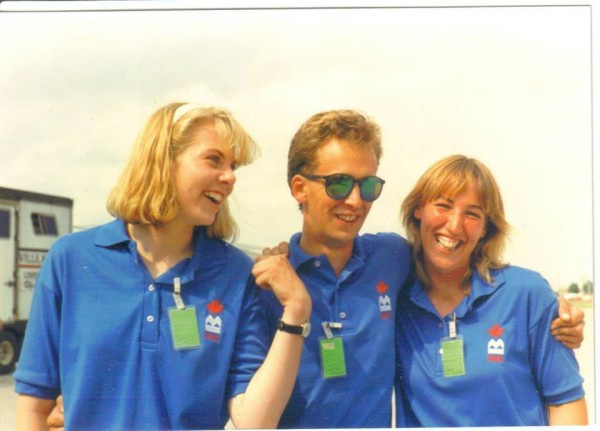 So when this German-import says straightness is an overlooked fundamental, chances are he knows a thing or two about it.

“Straightness is the basic essential of all training and the one that is overlooked the most. It’s the first thing that I feel for when I get on a new horse and is a skill that I keep honing throughout its career. Basically, straightness creates balance, rhythm and power,” says von Buttlar.

“I think people fixate on the horse’s head carriage, which at the end is important, but first you have to make sure your horse is going straight and between your hands and your legs. As your horse shifts either left or right, you lose power. The power comes from behind. If that power is not going in a perfectly straight line through the horse, you are going to lose scope in the jump.”

Here show jumping’s most reclusive horseman shares how he schools for straightness.

“In order for your horse to be straight, first and foremost you have to look straight ahead between your horse’s ears. Basically, horses go where you look. If you keep your eyes up and you focus on where you want to go, it’s an aid to teach them to go straight,” says von Buttlar.

To get in the habit, learn not to rely on the kickboard or the track of your arena, he says. “Ride about six feet away from the wall and don’t be overly concerned with your horse’s head carriage to start,” he advises.

[von Buttlar is the one in the red hat and dark breeches standing next to Eric Lamaze.]

“One of the key elements of creating a straight horse is riding the horse from the back to the front, meaning leg before hand. You want to try to create a tunnel with your hands and your legs. It has to be even pressure from both hand and legs,” says von Buttlar.

“It shouldn’t be fixated and forced,” he continues. “It has to be kind of a balancing act where you are trying to create power with your leg and you are harnessing it with your hand, almost like an elastic.”

One of the main causes of crookedness, he says, is too much hand pressure and too little leg pressure. “If you pull too much, the horse is going to bend his head to the right or the left, whichever rein you’re putting too much pressure on, and he’s going to try and evade.”

Step 4: Put straightness to the test

To gauge a horse’s straightness, ride down the centerline of the arena at the trot or the canter (ideally both, says von Buttlar) and feel if the horse able to stay perfectly straight in both gaits. If the horse is correct, it will ride a straight line and maintain its alignment through the turn at the end of the arena, he says.

“People tend to turn too much off the inside rein. Ideally, when you have a horse that is broke and straight you should be able to ride a turn more off the outside rein than the inside rein,” he concludes.