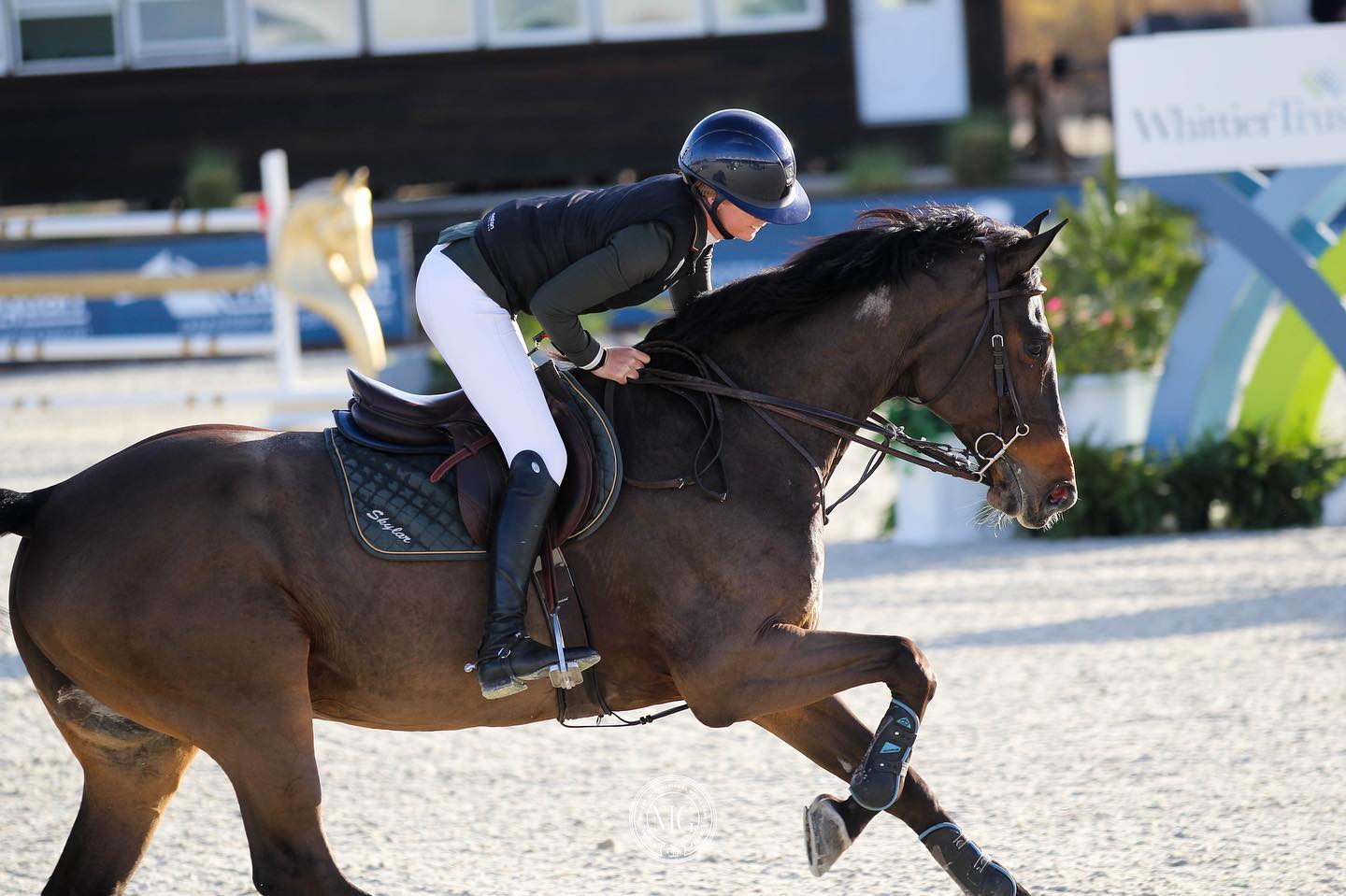 “I honestly can’t even explain the feeling. It is incredible!”

That was 18-year-old Skylar Wireman after winning the first Grand Prix of her pro career, the first week of her pro career. The 2022 USEF Junior Equestrian of the Year turned professional this year, riding for her mother, Shayne, at Chestnut Hills Stables in Bonsall, CA.

On Saturday, Wireman and Coolio 23 were one of 24 horse and rider combinations to take on Ken Krome’s track in the Valencia Saddlery National Grand Prix at California’s Desert International Horse Park (DIHP).

The starting lineup included perennial winner Kyle King (USA), veteran combination Tracey Epp (CAN) and Chicago, Olympians Lisa Carlsen (CAN) and Emma O’Neill (NZL) and frequent DIHP winner Mark Kinsella (IRL). It was a trio of teenagers that topped the podium in the first Grand Prix of the 2023 Desert Circuit, however.

Five pairs found a clear path around the 15 effort first round, including Epp and O’Neill (London’s de Muze).

But it was 16-year-old Cameron Trimino (USA) and Firewall, fourth to return, who were first to jump double clear. The pair stopped the clock in a speedy 42.065, five seconds faster than both Epp and O’Neill. Chasing their time, Wireman and Coolio 23, winners of Wednesday’s Welcome Speed, shaved another nearly two seconds off, crossing the timers in 40.839 for the win.

“I knew I was going to have to be fast and leave all two jumps up,” said Wireman, noting that Coolio can get “a little too excited” at speed.

“He turns really well. So my plan was to come to [fence] one on the angle, a pretty good angle going the right direction, and shave time off in the turns and do less strides back to jumps. Back to the combination on the side, I shaved off a ton of time there, just shaving the corners.”

Wireman has been partnered with the 16-year-old Oldenburg gelding for just under a year. The pair had “rocky start,” according to the rider, but were able to find their footing with downtime, trail rides and a bridle change, which notably doesn’t include a noseband.

“I don’t know what made me think to try without one,” said Wireman. “I think he likes to move his lower jaw a little bit. And it seems to work well for him. He looks a little like a western horse. But he loves it.”