Krawitt & Chicago Cm Are Second to None 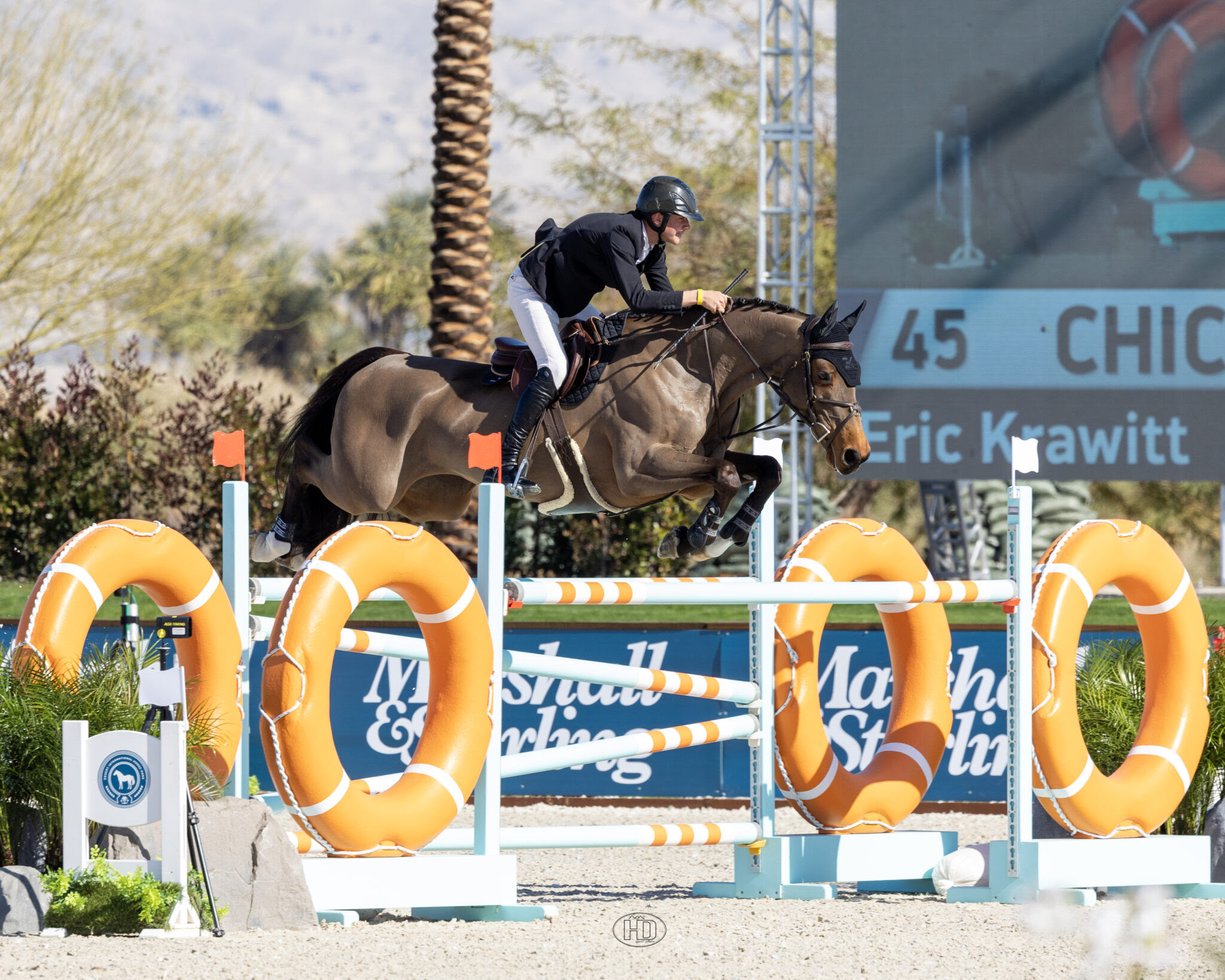 “This is actually our first FEI show together and I’m just taking my time with him. I think he’s going to be a very good horse in the future so I’m excited,” said Canada’s Eric Krawitt of his 10-year-old gelding, Chicago Cm.

Horses and riders learn more about each other every ride, and Krawitt has been partnered with Chicago for about a year now. That might sound relatively brief for the U-25 rider, but it’s enough time to identify the character of a top show jumper.

“I think he’s got all the qualities and all the scope. He’s got the mind for it, and he really goes in and wants to do his job and wants a clear round,” Krawitt explained.

The stats support that conclusion. Chicago Cm has at 52% overall clear round rate, according to Jumpr Ap, and has competed most in the 1.40m level, earning a 45% clear round rate and 19% top ten finish rate at the height.

Patience is a virtue that is often learned over time, but it’s one that 19-year-old Krawitt already possesses.

“It’s nice to always have a good result. It always gives you a little bit of confidence, but you just kind of keep doing what you’re doing, doing your job, and it’ll come,” said Krawitt.

With Cactus, he’s already gotten his feet wet at the CSI5* level and even won a 5* 1.50m class at Spruce Meadows last June. With his now 3* winner Chicago, this young rider is one to watch.