The King of Clears 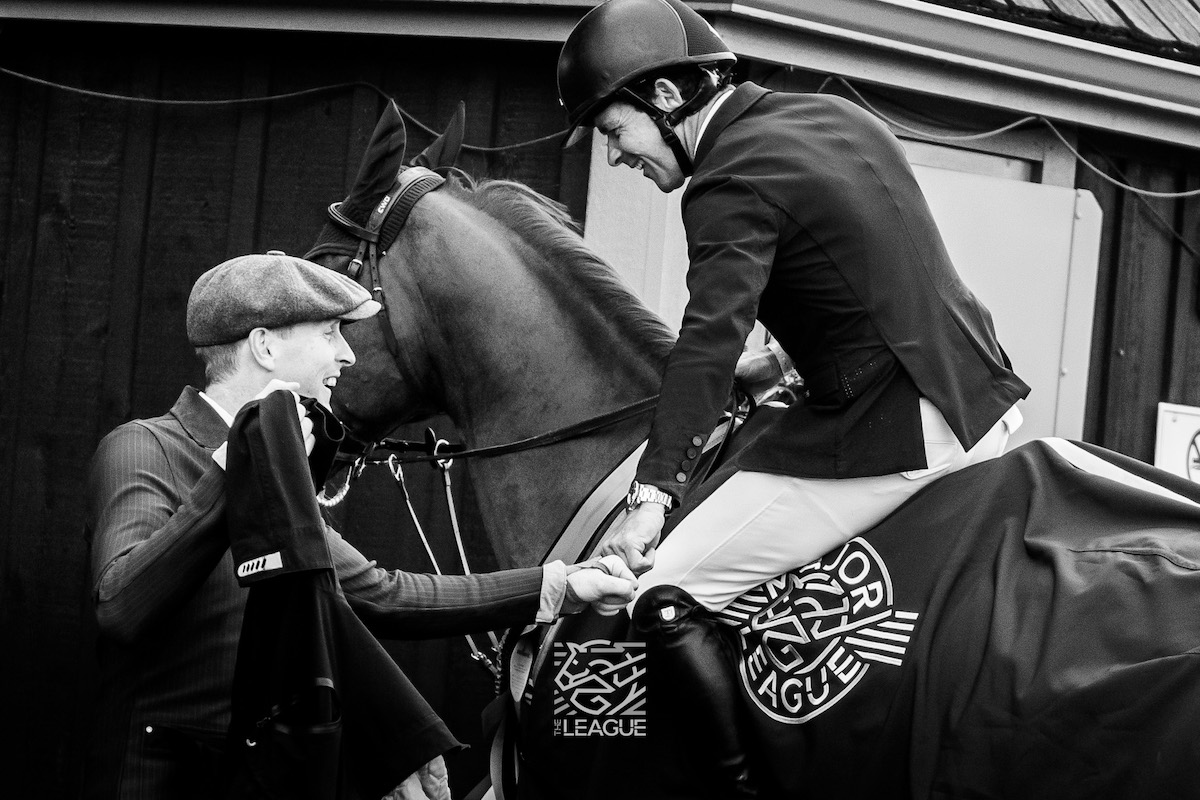 In a sport where clear rounds and top horses can come and go with the wind, you learn to keep the daydreaming—both past and future—to a minimum.

Like many showjumpers who have made a name for themselves from the ground up, Ireland’s Conor Swail has spent his career making pragmatic, often difficult choices. For most riders, that typically means selling a promising horse before they’d like to—but not so much for anymore for Swail.

“Vital Chance [de La Roque] and Count Me In are a little older, and so probably not that saleable, [but] they’re very, very useful to me,” says Swail, who is currently ranked in the top-five of the Longines Rankings.

“If I can keep them healthy, I can keep a good ranking position [for] myself, and it’s unlikely that someone’s going to come along and buy them off me. In that way, it’s nice to be able to plan a little better—for maybe the next few years—about what can happen if they stay healthy.”

At 50 years old, Swail has ridden his fair share of horses throughout the years, but his batting average hasn’t faltered. He’s currently a regular figure in Major League Show Jumping competition, where he’s in third place, individually, as a member of the #2-ranked Eye Candy squad. He’s also well known as the winningest rider at Thunderbird Show Park, having amassed more than $400,000 in prize money in the last six years.

But what’s perhaps most notable about Swail is the variety of horses that have kept him atop the sport. Of the scores the Irish rider has campaigned throughout his career, some have possessed world-class potential, others far humbler prospects. Both types have been worthy of respect, in his eyes.

“I’ve had a lot of very nice horses for different reasons. You get horses that probably never should have achieved what they did—it doesn’t necessarily [mean they] have to be a grand prix horse,” he says.

“For me, it’s all about the talent they have [naturally] and how much of it they use.”

Born in the Down countryside in Northern Ireland, Swail grew up working at his mother’s family dairy farm, and honed his work ethic from an early age.

“I suppose I’m a little bit of country bumpkin, really,” he jokes. “I used to milk the cows when I came home from school.”

As a child, Swail hunted and competed in the pony jumpers, both he says helped to develop his competitive edge.

“I think [the Irish are so dominant] because we ride from a very young age, most of us, and we would do a good bit of hunting and other stuff that probably makes you brave. For me, I think doing the jumper ponies made me very competitive.”

Swail eventually elected to set up his own shop and pursue the sport professionally. That decision led him to a new homebase in County Fingal, outside of Dublin.

“I started out helping a few different people when I younger, and then I sort of decided to have my own farm and built [on it],” he says. “Basically, that was me, taking other peoples’ horses in and charging them to ride them, and producing them and selling them.”

One lesson Swail learned early on: Horses will always surprise you.

“Obviously, we all have boxes to tick for what we look for in a good horse, but there’s no set, hard rule that has been successful every time,” he continues. “It’s about having a partnership [and] getting the horses to like you, and understand you, and fight for you. For me, they seem to want to do that more times than not.”

Even in his early days as a professional, Swail’s ability to get horses to go the extra mile for him led to impressive results in the ring. During that time—and despite the growing success of his operation—Swail was, in large part, on his own. He had no sponsors, few owners, and for a period, employed just one groom for a stable of more than 20 horses. (“Those were long days,” he notes, dryly.)

But hard work would eventually pay off, thanks, in large part, to three special partners.

The first was a young Dutch stallion named Rivaal, whom Swail produced from a five-year-old.

“He was an unbelievable horse for me at the time. He did everything very well, but he was quite unassuming. People never really asked the price of him so much, even though he used to win very often,” he explains.

“As an eight-year-old, he won five international grands prix. When I went to sell him, the fellow wanted me to write down his results, and when I actually did, [I was amazed].”

With Rivaal, Swail earned a number of high-profile wins, including a CSI5* in Paris and Nations Cup victories with the Irish team at Athens, Austria, and Drammen, Norway.

“I think he did seven Nations Cups [in one year] and was never worse than four faults,” Swail says, adding that it was thanks to Rivaal that he earned his then-highest international ranking at #23 in the world.

By 2007, Swail had also established a successful business partnership with Irish horse dealer Barry O’Connor, a friendship he still maintains to this day. With O’Connor, Swail bought, trained, and sold several horses that would eventually go on to fame, among them his second ‘home run’ horse, Lansdowne.

In 2011, Sue Grange purchased the KWPN stallion from O’Connor, Vanessa Mannix, and Swail for Lothlorien Farm in Cheltenham, Ontario, and shortly thereafter, Swail was given the ride. Eight months later, Grange asked Swail if he’d be interested in coming to Canada to ride all of Lothlorien’s horses full-time.

“It was a bit of a move for me, since I had to move to North America,” says Swail, who says he looks back fondly on the five years he spent riding for the Granges. In that period, Lothlorien horses including Cita, Martha Louise, Grafton, and Simba de la Roque earned CSI5* wins with Swail at Spruce Meadows, Wellington, and beyond. During the same period, Lansdowne was also ranked the #5 horse in the world.

Without question, Swail’s profile as an international rider was on the rise, and so was his reputation as a competitor. Today, it’s that same reputation that causes other riders to sweat when they see his name behind their own in the jump-off order—and for good reason.

According to Jumpr App, Swail jumps clear more than half-the time he enters the ring, with 61 podium finishes and more than $1.2 million in prize money earnings this year alone. He’s been a dominant force in the Longines FEI Jumping World Cup North American League as well, winning five legs in the last two seasons (to date) aboard Vital Chance de La Rogue and the 15-year-old Hanoverian gelding, Count Me In, who Swail calls the third most instrumental horse of his career.

“I’m just lucky that the horses that I have at the moment are giving me so many good chances,” says Swail, adding that he can’t quite get used to the idea that these days, when he enters the ring on a longtime partner, he’s more often than not a favorite to win the class.

“That’s never, ever happened to me in my career,” he says.

A coveted position, to be sure. But when asked about all that he’s accomplished, Swail is circumspect. “I think talent, for me, is about putting in the hours,” he says. And, though he may be selling himself short, it’s a notion grounded in his own story.