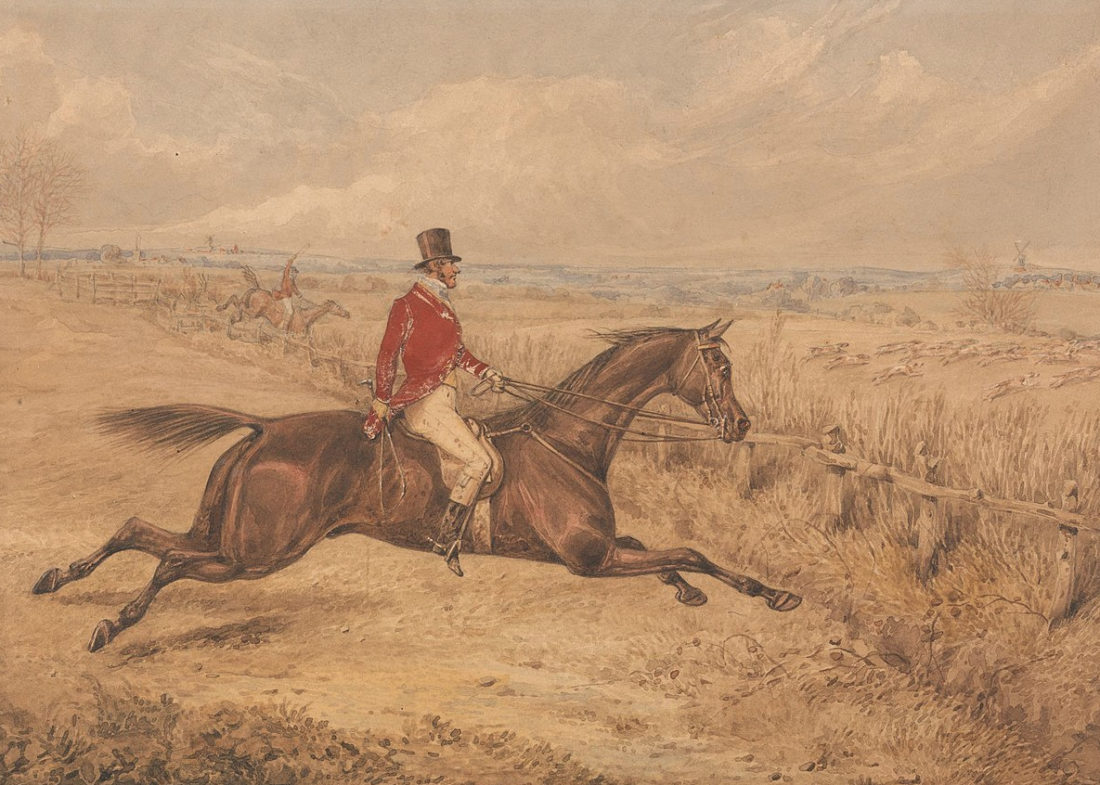 This idea was given to me by one of my adoring fans. Can I say that? “I have adoring fans.” It’s a stretch really, it was a Facebook friend and only a fan out of obligation, but I don’t like to split hairs.

In the interest of appeasing those around me, I have set out to tackle the origin of the odd names of the fences we jump. I have an enormous list of jump types, such as Swedish oxer, Normandy bank and coffin, and I have elected to run with the four I felt I might have a chance of finding an answer to.

We use the word a lot, but I doubt we think about it much. Oxer, almost like oxen, but not at all the same. My computer thesaurus offers no suggestions, and the dictionary part is spewing more red lines.

My much loved and well-worn Penguin Dictionary has room to slide the word in between oxen and oxeye daisy but has chosen not to, for reasons unknown.

My favourite website etymonline.com is under the impression I have misspelled oxer and the Collins online dictionary has offered up the definition, “Horse racing, a high fence,” and to further prove the point, in their infinite wisdom, they’ve given us a picture of a horse jumping a vertical.

However, Merriam-Webster gives us, “OXER: a hedge with a guardrail running along one side at a distance of two or three feet and often a ditch along the other side to prevent cattle from passing through it.”

It then offers up an enticing link to Double Oxer. Naturally, I clicked on it and was given, “An oxer with a guardrail on each side.” I should have seen that coming. Nevertheless, I followed the clue.

I have to say, it does make sense as I’m sure the word oxer found its way into the show jump ring via the fox hunting fields.

I next went to Wikimedia Commons, where this fabulous vintage feature image comes from, and I searched “Ox Fence” and what do you know, a hunting picture pops up from the late 1700s entitled Charging an Ox Fence.

Though I’ve come up empty-handed vis-à-vis a direct and reliable source stating, “The oxer show jump comes from the ye old ox fence…foxhunting…show jumping…cross country…” I think we can safely make this leap ourselves.

The natural jump to turn to once the oxer is cleared is the vertical. After careful consideration, I feel we can surmise a vertical is called a vertical because it’s vertical. Though I could be wrong.

From here things began to wane, which was fantastic as I managed only one and a half jumps.

The dreaded Trakehner. Some clever son of a gun thought hanging a log over a ditch was a great idea, which it must have been because it has been a rider-frightener on many a course for a long time.

I’ve read several different sources that told me, in the exact same wordage, that the Trakehner cross-country fence came about when fence lines were placed in drainage ditches in the Trakehnen area of East Prussia in the 17th and 18th centuries. Sounds promising.

The Trakehner breed came about in 1732 and was used as both war and plow horses. I can hardly imagine a Trakehner as a plow horse, but that was some time ago and things have changed. Anyway, part of training these Trakehners for war was, allegedly, to jump over the fence lines in the drainage ditches, testing bravery and athletic prowess.

I can buy into this because the story is similar to that of the oxer. However, I say allegedly because of my inability to find a proper source that confirms this to be true. So, as often is the way, I have to say I don’t have this information on good authority, but rather questionable authority.

Let’s end things on a high note. Excuse the pun.

The high jump of the horse world with a French name. Puissance means power, strength, might and that sort of thing makes perfect sense when you think about how high the horses are jumping and how much power that effort takes. The secondary test is of the horse and rider’s bravery and willingness to even contemplate trying.

The word puissance is used often enough in the English language that my dictionary has it listed and defined correctly as we know it, though I feel there is some relation to math, which is a horrible thought.

It is unclear as to why the puissance ever became a thing. I’m sure it has something to do with war and the cavalry before turning into fun and games.

The puissance appeared for the first and the last time in the 1900 Paris Olympic games. Oddly, there was also a horse long jump competition that was, at best, anti-climactic for all those involved. Constant Van Langhendonck (BEL) and Extra Dry won long jump with a leap of 20ft (6.10m), which sounds impressive until you learn the world record for a long jump by a human is 29.4ft (8.95m).

That is four jumps decoded out of a possible 30 or more. Until next time!