Sweden Checks the BMO Nations’ Cup Off Their Bucket List 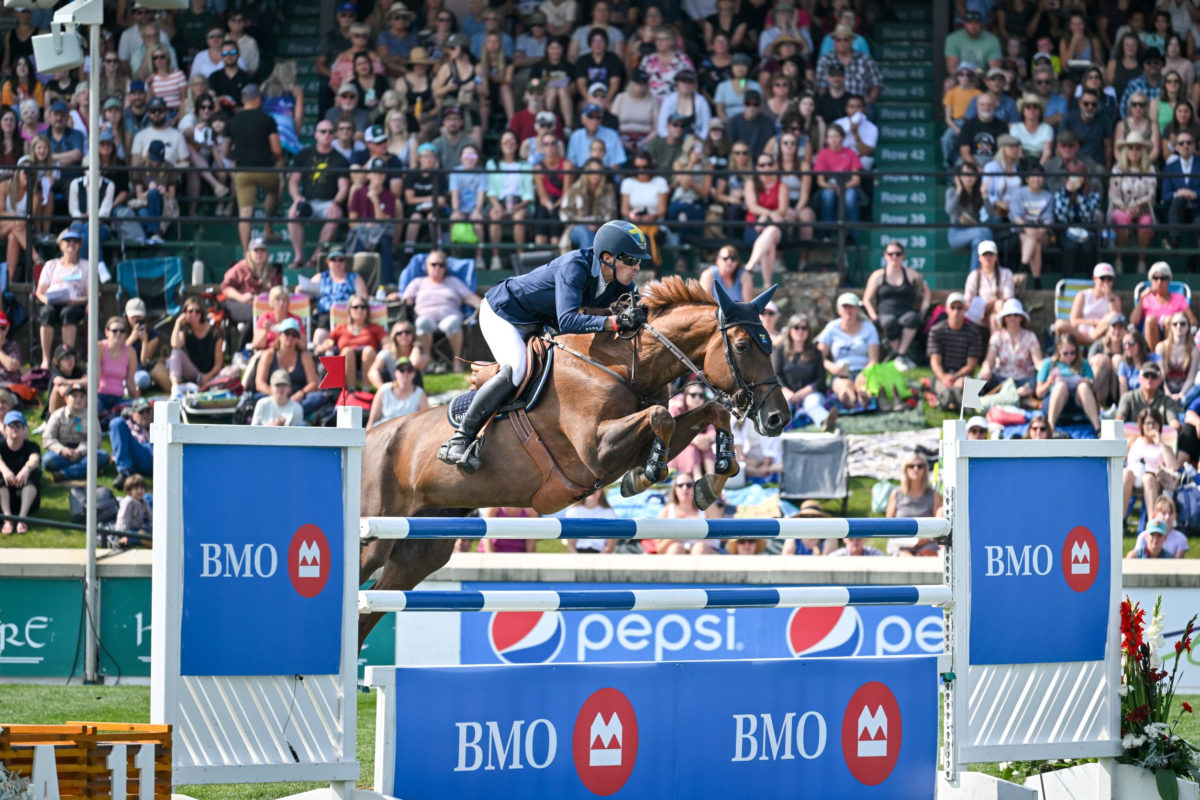 The Swedes are on top of the world right now, and they have no plans to come back down. Especially not on BMO Nations’ Cup day at the Spruce Meadows ‘Masters’.

“It’s a bucket list thing, I think every show jumper in the world starts from the beginning and the world knows about something called Spruce Meadows, the ‘Masters.’ Just to come here and see it is one thing and to come here and fight for the trophy is another,” said Swedish chef d’equipe Henrik Ankarcrona.

Fighting together for a big title is something the Swedish team now have down to an art. They arrived in Calgary as the team to beat after breaking a nearly century-long Olympic gold medal drought at Tokyo 2020 and then going on to capture their first World Championship in Herning, Denmark in August.

On Saturday, when they zeroed in on the $600,000 BMO Nations’ Cup, the other six nations had an inkling they were in fact chasing second place.

The team, comprised of Jens Fredricson, Henrik von Eckermann, Peder Fredricson and Rolf-Goran Bengtsson, did test their luck along the Leopoldo Palacios (VEN) designed course, however. Sweden and the Netherlands both entered the second round on a zero fault score, but that quickly changed.

Aboard 11-year-old mare Nababette Z, von Eckermann faced a surprising elimination in the second round. The mare is still green at the 5* level, having finished only 13 rounds at the 1.60m height in her career to date according to JUMPR App. Scratching world number one von Eckermann off of the card meant the scores of the remaining three riders would have to count.

Bengtsson rode a 0/0 while in the irons of 13-year-old stallion Ermindo W. Jens Fredricson accomplished the same with his Olympic and World Championship partner, 11-year-old gelding Markan Cosmopolit, a horse known for his dependability. In Herning, the gelding was the only horse besides King Edward to jump two clean rounds in the World Championship Team Competition.

Peder Fredricson and 16-year-old gelding Catch Me Not S collected one rail on course in the second round, but it was good enough for Sweden to secure the pole position.

“It’s so much work to get here, I’m super proud of the riders,” said Ankarcrona.

So much work because of the competitive company they keep at Spruce. The Swiss team, stacked with the like of Martin Fuchs and Steve Guerdat, took silver. While the Netherlands entered the second round on a zero score, the faults they accrued in the second round ultimately dropped them into the bronze medal position.

The Swedish riders celebrated their Saturday win, but hopefully not too much. They still have some fighting left to do ahead of Sunday’s $3 million CP ‘International.’ With 40 qualified riders, and Gerrit Nieberg (GER) live Rolex Grand Slam contender, it’s fixing to be an exciting result.