William the Conqueror’s Not so New Forest

Home > Blog > Memoir > William the Conqueror’s Not so New Forest 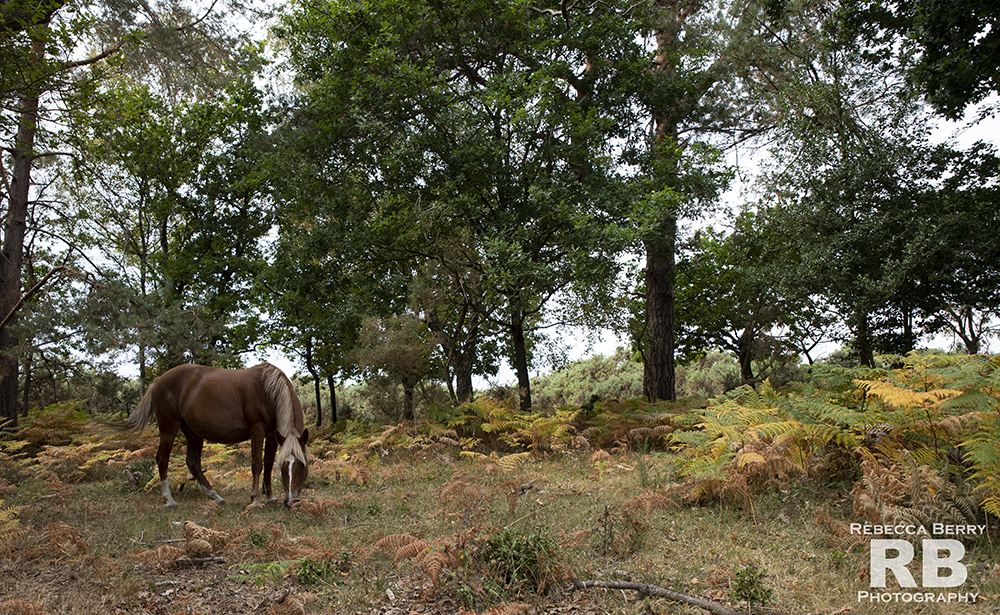 I was unsure what to expect when I entered the New Forest. I assumed I’d see ponies and trees and maybe a few roads winding through the area and that would be it.

But there are towns and villages in the forest, homes and campsites, train stations and pubs. It’s almost like a county unto itself, especially since it’s 140 to 160 acres in size.

There are also signs warning of fire risk, and the high potential for driving headlong into animals, whether it be a pony, deer or cow. There have already been 27 animal fatalities this year, which equals three a month. A sad detail, but one that needs posting alongside the 40mph speed limit sign.

So, I’d been in the forest for all of five minutes and had learned about fires, fatalities and collisions. What I also came to understand in the following minutes was that the “New Forest” is neither new, nor much of a forest and it houses far more than ponies as there are free-roaming horses, donkeys, cows and during acorn season, pigs.

I am perpetually in a state of surprise.

Naturally, I struggled to find any animals, which is often the way with me. This was during one of the major heatwaves and with temperatures reaching the high 30’s/90’s the animals had headed for the shade, or so I told myself to conceal my ineptness in finding animals. I did, however, find a small area to park and happened upon some locals who gave me some suggestions.

“How are you spelling that?” I asked with my thumbs poised over my phone keyboard.

I located Frogham with ease and also a pub so I  decided to stop in for lunch. I choose an umbrellaed picnic table outside desperate for some shade and a breeze. Once seated I noticed the grounds of the pub were fully fenced and it didn’t take long to understand why.

There were ponies, or maybe they were horses, all over the place but mostly congregating in the middle of the road or under a large shade tree. As soon as I ordered my food, I let myself out of the pub paddock and wandered over to the shade seekers.

Never before have I had a more difficult time distinguishing the difference between a horse and a pony. New Forest (NF) ponies have a broad size range with no minimum and running all the way up to 14.2h and if you mix them in with other ponies and horses, well, it’s impossible to know what you’re looking at.

I made my way under the tree to take a closer look. There was a small gray mare in charge and as I neared, she ordered the herd to move, almost as though she was getting them organized for class pictures. They did as they were told and once the gray mare was pleased, they went back to dozing and I took pictures.

It wasn’t long before another onlooker from the same pub joined me. He was the same age as me, tall and English and carried with him a point-and-shoot camera. His wife watched on from their umbrellaed picnic table

“It’s hard to tell the difference between a New Forest pony and someone’s horse,” I said.

I was just trying to make conversation, as I’m supremely bored of myself these days.

“Ponies,” the man said, “are smaller than horses. It’s easy to tell the difference.”

I’ll never know if I’ve seen an NF Pony or not despite there being around 5,000 within the forest and it will have to remain one of life’s mysteries.

NF ponies, as with all the native breeds I’ve seen in the UK, are not wild. The owners of the ponies (horses, cows, donkeys and pigs) have commoners’ rights to graze their animals, but in an unusual twist–the rights are attached to the property people live on, not the people themselves. Which explains why I saw such a varying degree.

The history of these ponies is convoluted but what is clear is that they have been around for over 1,000 years and some sources say they go as far back as the last Ice Age, which, if I’ve researched correctly, is between 10,000 – 20,000 years ago. Either way, they’ve been around for a while.

The one thing that remains constant throughout my research is that the ponies and the forest have a long-standing relationship and rely heavily on one another. While the forest offers food, water and shelter, the ponies offer a cleaning service ensuring the forest doesn’t become overgrown, allowing for over 100 bird species, 5 deer species, as well as a large array of colourful flowers and foliage.

Over the centuries, the ponies not only worked on farms to lighten the load, as it were, but they were also raced and used as war horses. They fought in the French wars in the 1500s and in the Boer war in South Africa in the late 1800s. It is said that a NF pony can carry as many stones in weight as they are hands in height.

Over the years to prevent inbreeding, other breeds were introduced such as Arabs and thoroughbreds. More recently (the last few hundred years) they have been crossbred with other native ponies such as the Dartmoor, Exmoor and Welsh breeds.

And while the NF breed may sound like and indeed is an amalgamation of many, they are considered true New Forest Ponies as they are able to survive on the open forest land all year round.

The not so new name

In 1079, William the Conqueror designated 219 square miles of land as his and his alone. He wanted unfettered access to all the animals on it in order to hunt them down to his heart’s content. I suppose when you are given the suffix, the Conqueror it’s not because you like to share and cuddle.

W. Conqueror named his hunting land, Nova Foresta, which translates nicely into New Forest. The word forest (which perplexed me earlier as there isn’t a lot of forest) in this case, is not a reference to trees but instead an area subject to Forest Law, which 1,000 years ago exclusively reserved the area for the king to kill all the animals.

To recap, the word new means 1,000 years old and the word forest means a law not a group of trees. Ergo, the “forest” is not “new”.

There are six commoners’ rights for the 500 or so commoners

Pasture: the right to graze

Mast: the right to let your pigs out to eat acorns

Marl: the right to dig clay

Turbary: the right to dig peat

Sheep: the right to graze sheep

Estovers: the right to fuelwood