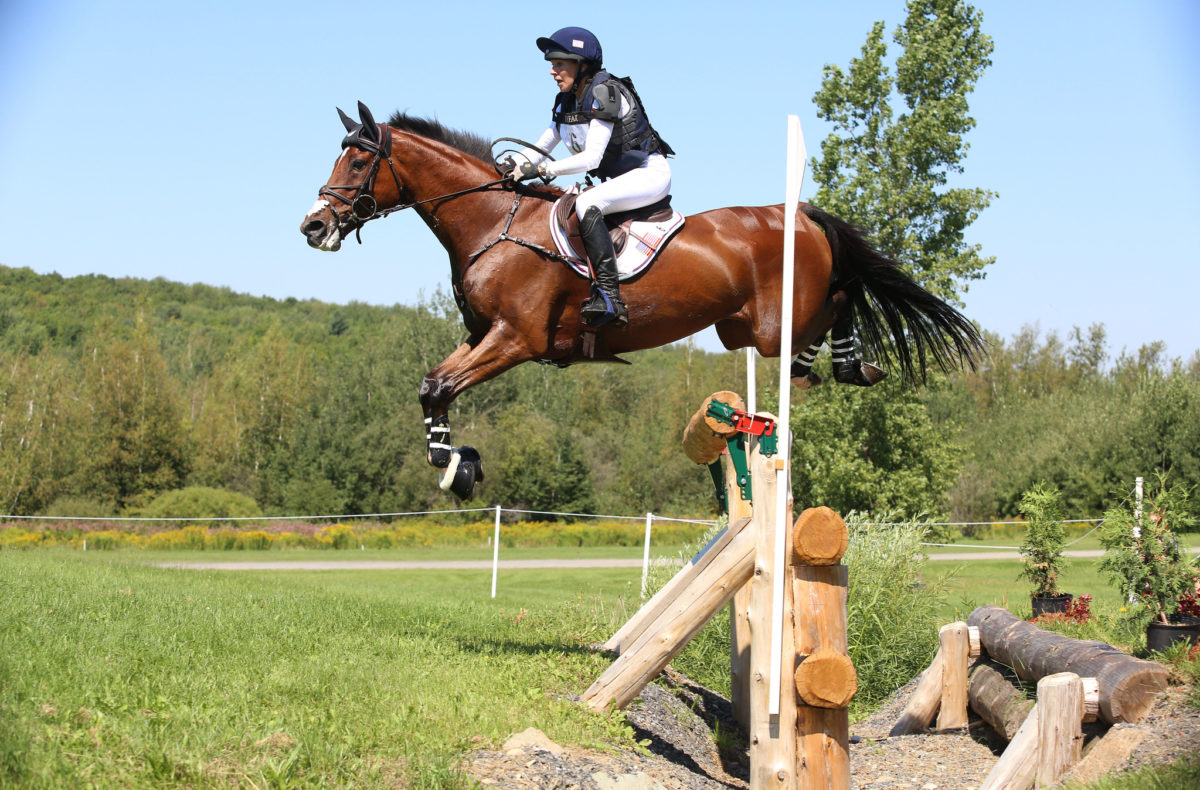 The United States led the FEI Nations Cup™ at the Bromont CCI held on to an early lead and claimed victory ahead of Canada and Australia, respectively, on a total score of 138 penalties.

Miks Master C jumped clear yesterday and blazed around the cross country to win the four-star and help the team stand atop the podium. Unfortunately the mare had to be pulled up on cross country after she took a “funny step” galloping between fences and was taken off course to be checked by the veterinarian.

“He’s a very sensitive ride and it’s taken a little while to get to know him. I feel like we’re a team now, he’s a sensitive horse and has tons of scope,” said Halliday-Sharp, who is aiming to move him up to the four star level next year.

Loach, who has represented Canada numerous times in team competition including at the Tokyo Olympics, finished second overall in the CCI4S with Vermont, a, 18.2h Hanoverian gelding by Van Helsing out of a Heraldik mare (32.1) and third with FE Golden Eye (Goldfever x Cascade) (33.1).

“I think it’s really exciting that we have the Nations Cup here in Canada. It promotes a great atmosphere between the riders and it’s a great thing to be able to practice in a team environment. I hope it continues into the future and that we can draw more teams,” said Loach.

Ema Klugman (AUS), making her Nations Cup team debut, was the sole Australian to complete the event. Both of her teammates, Dom Schramm and Ryan Wood withdrew from the competition. Klugman and Bronte Beach Z, a Zangersheide mare by Verdi, finished fifth overall on 50.3 in the CCI4-S.

The big, technical course designed by Derek di Grazia caused its share of problems for quite a few riders. There were falls in every CCI division, and three riders are currently in hospital for observation. Yet, most attest the course was good education for their horses.

After the event was postponed in both 2020 and 2021 due to the COVID-19 pandemic, organizer Sue Ockendon was thrilled to bring Bromont back to those who look forward to it each year. Such as Wyatt Westover, a parliamentary assistant who was attending the event from the House of Commons, who felt sentimental about the event.

“It’s great to be here on the behalf of the Minister. It’s our third time at the Olympic Center here this summer; I grew up on a farm and this is certainly important to the identity of our region. It’s a big part of who we are here, stuff like this is part of the essence of people here,” said Westover.