Home > Blog > By the Numbers > Deslauriers Domination: Don’t Forget This Last Name at the Hampton Classic 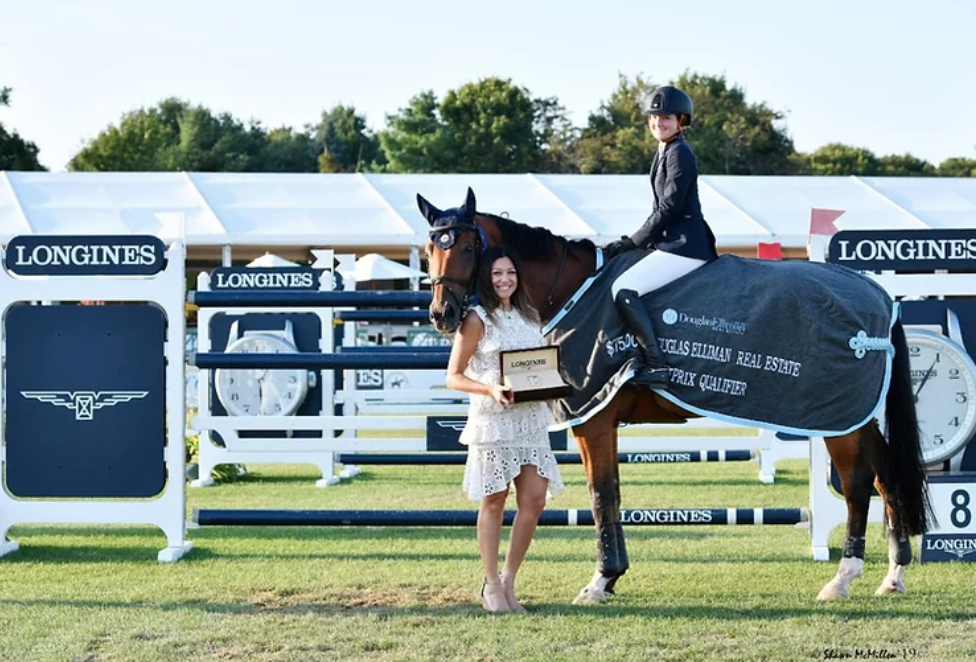 In 2016, a then-17-year-old Lucy Deslauriers (USA) finished second in the $75,000 CSI4* Grand Prix Qualifier at the Hampton Classic—behind only McLain Ward (USA) and HH Carlos Z.

She would have been full of confidence heading into that week’s CSI4* Grand Prix, but she couldn’t compete. She simply wasn’t old enough.

Riders may not compete in an international grand prix at the CSI3* level or above until the age of 18. Deslauriers had to wait one more year.

In the five years since (outside of 2020, when the Hampton Classic was not run), Deslauriers has not finished outside of the top 10 in the Hampton Classic Grand Prix, averaging a finish position of 6.25. In 2019, she finished second—behind only her father, Mario Deslauriers (CAN). And after finishing second in that 2016 Grand Prix Qualifier, she won the class in 2019 with the same horse—the phenomenal Hester.

Despite an age gap, over the course of the last six years, Lucy and Mario boast very similar numbers in Bridgehampton. Their average scores are within one penalty point of each other, and both have averaged a finish position within the top 20.

In fact, Lucy has outpaced her World Cup-Champion father in this category, averaging a placing just outside the top 12 (13.2).

But Mario has seemingly mastered the courses in the Hamptons in the last four events. He has averaged less than a rail every year since 2017, which has boosted him above his daughter’s numbers in the category since her breakthrough debut in 2016.

If you look at Mario’s numbers beyond 2016, it reveals an interesting trend. As Mario’s daughter’s career took off, his seemed to resurge after a drop in his numbers between 2012 and 2016. It appears as though this family pushes each other to be better.

The Hampton Classic offers both CSI5* and CSI2* divisions this year; Lucy will jog for the five-star with both Hester and Enanda, a horse she has been bringing along for the last two years. Enanda had just one rail in the Grand Prix Qualifier at last year’s Hampton Classic and jumped a clear first round in the Sapphire Grand Prix at this year’s Devon Horse Show. Look for this 13-year-old mare to improve this year.

One should never count out Hester, who has averaged just 3 faults in the Hampton Classic Grand Prix. According to Prixview Next Gen data, just be wary of a course dominated by fences off the right lead: 63.64% of Hester’s faults have come off the right lead this year and 68.18% have had a point of contact of the front legs.

Mario will bring forward Bardolina 2 and Uris de la Roque for the five-star. Bardolina is a previous winner of the Hampton Classic Grand Prix (2019) and has never had more than a rail at the show in seven international starts. If Uris de la Roque makes a jump-off, don’t bet against him, either: He’s faultless in jump-offs this year (100% clear round rate).

Did you know? Impress your fellow Hamptonites with this stat: Mario’s wife and Lucy’s mother Lisa Deslauriers has also jumped in international competition at the Hampton Classic, last doing so in 2011. She finished seventh in a ranking class with her mount Diablo, finishing just ahead of her husband. That class that was won by McLain Ward (Antares F), and Prixview founder Lucy Davis finished sixth with Nemo 119!

Follow the Deslauriers family in Prixview’s fantasy game offerings this week at the Hampton Classic at Prixview.com/fantasy.