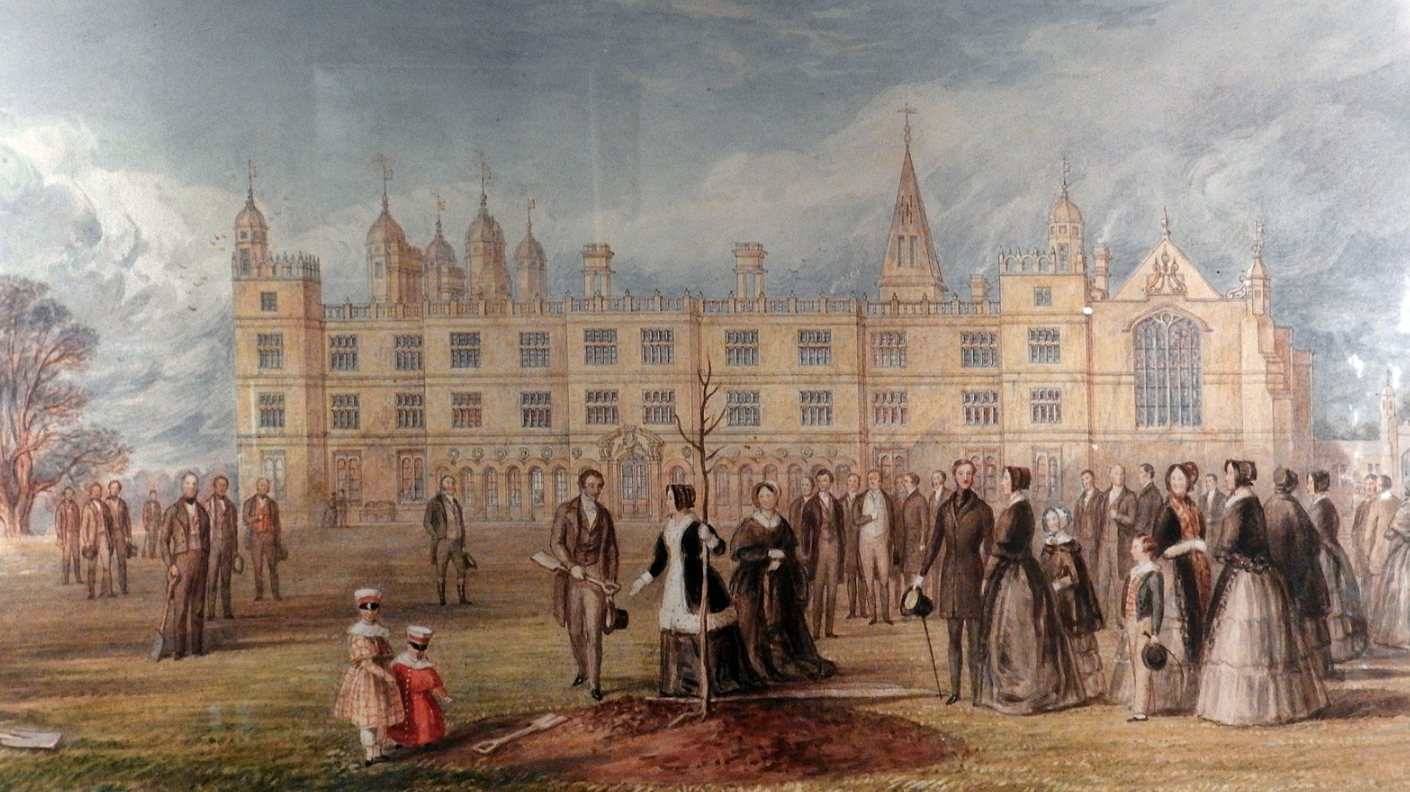 For me, eventing has always been about Badminton and Burghley, the two most prestigious 5* in the world.

Since my trip started with Badminton, it only seems fitting it should end with Burghley.

I am primed and ready to attend my first Land Rover Burghley Horse Trials, which will run September 1-4, 2022. I will be one of about 170,000 spectators over the four-day period and will have to pull myself away from spending too much time “window shopping” with the 600 vendor stands. I still need to get home after all, and a new tweed hat with a jacket to match and a silver ring to add some flare probably aren’t going to get me there.

There are 65 of the best event riders from six nations (six riders from the US) vying for the £100,000 cheque that goes directly into the winning rider’s pocket. The prize money filters down to 20th place and comes out of a purse of £320,000, so there is plenty to go around.

As odd as this sounds, we can thank a suspected outbreak of hand, foot and mouth disease for the existence of the Burghley Horse Trials. This suspected outbreak occurred in 1961, and caused the cancellation of the Harewood 3-Day Event. The Marquess of Exeter, a keen equestrian, was disappointed by the news and offered up his 13,000 acres of Burghley’s Elizabethan Parkland to the British Horse Society in order for the event to run as planned. That was sixty-one years ago, and Burghley has run ever since.

If you are an eventing fan, then you know that Burghley has its fair share of infamous cross-country fences. Though I am only going to discuss three of them because they are, for lack of a better term, working fences. By that I mean they had a life and purpose long before the event took place. These three fences are a staple at Burghley and have been on the cross-country for more than 50 years.

Capability’s Cutting: A steep-sided gulley that normally has a jump on the way in and another on the way out of the “cutting”. Though the question might change each year, the steepness of the gulley does not. Why such an odd name? Burghley’s parkland, garden and aspects of the house were designed by the famous and amazingly named landscape architect, Lancelot ‘Capability’ Brown. What a spectacular nickname.

Leaf Pit: An enormous 2m high drop fence, or 6’6” if you’re old like me. Back in the day before it became a jump, the Leaf Pit was used as a pit for the dead leaves that the gardeners picked up while keeping the estate looking clean and pristine.

Trout Hatchery: This is the main water jump at Burghley and was the only water jump until 2000. Made up of several small pools, the Trout Hatchery is indeed where trout were bred and raised. Even in the 60’s you could still find fish swimming in it while walking the course.

If you wish you were attending Burghley, you still can and from the comfort of your own home. All you have to do is subscribe to Burghley TV for £20, from anywhere in the world. With your subscription, you will be able to watch livestream footage of all the 5* competition, starting with the first horse on August 31st to the final prize-giving on September 4th. You will get a behind-the-scenes look at Burghley, can watch the two masterclasses given by Carl Hester and Yogi Breisner and listen to interviews, expert analysis and commentary as the event unfolds.

Some of you may recognize Burghley House from the 2005 movie Pride and Prejudice. It was the home of Mr. Darcy’s aunt Lady Catherine de Bourgh, or so I have read. If you are akin to this Lady Catherine de Bourgh and lived in Burghley House you’d be rambling around a home that is made up of 115 rooms (35 major and 80 minor), a floor plan that covers an astonishing 78,000 square feet, with a roof that is said to make up the best part of an acre. So, it’s roomy.

The Grade I listed house has been in the Cecil family for over 500 years and 16 generations. It is one of the largest and grandest Elizabethan houses in the UK. Sir William Cecil (a.k.a First Baron Burghley and/or Lord Burghley) was the Lord High Treasurer and Chief Minister to Queen Elizabeth I.

And because those aren’t enough accolades to have attached to your name, Cecil was also, daringly, his own personal architect and had Burghley House built for himself (1555-1587). Construction took 32 years from start to finish with a few moments of downtime in between.

Burghley House is now run by the Burghley House Preservation Trust and Marinda Rock, the cousin to the Marquess. Rock acts as the House Director for the Charity and lives with her husband and four children in the House.

Today’s Lord Burghley, the 8th Marquess son, Anthony, also lives in B.C. and I suppose it’s very possible I’ve stood beside he and his parents at some point in my life. You never know whom you are rubbing elbows with on a BC ferry.

There is a lot to see and learn about Burghley whether horses are involved or not and I’m excited
for it to begin, so for now, this is Rebecca “Barley Capable” Berry on the brink of yet another
amazing UK experience.