Home > Blog > Horse Sport > There’s Nothing Quite Like Aachen 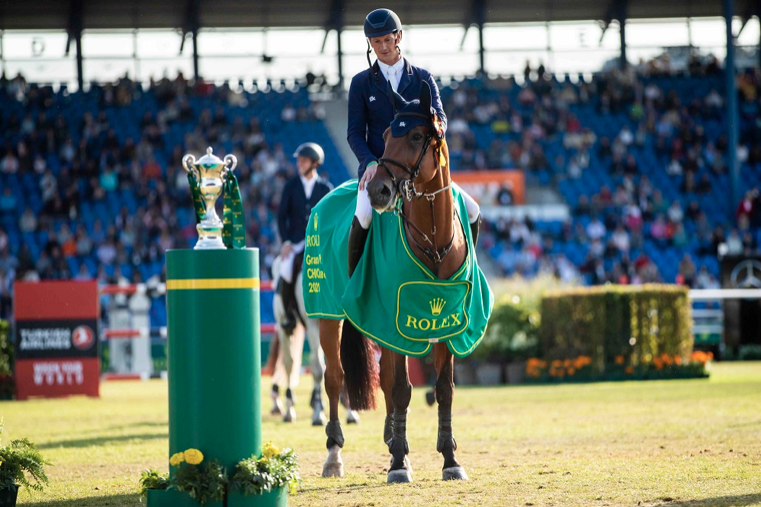 In a sport where there are often multiple five-star events in a weekend, there seems to be a universal understanding among riders: Aachen sits in a class of its own, even among championships.

With 350,000 spectators throughout the week—all with a great reverence for show jumping—Aachen is often compared to Wimbledon in tennis. From the stadium to its tradition, there’s an atmosphere at Aachen that simply hasn’t been able to be replicated anywhere else.

Both the first and second round are against the clock with a jump-off against the clock in a case of a tie on penalties for first place. After the first round of jumping, the top 18—as determined by faults and time—advance to a second round “almost equal in number of obstacles” with an “increased level of difficulty.” Over the course of the last five editions, it has taken an average score of 4.2 faults to advance to the second round:

In the second round, athletes start in reverse order of standing from Round 1, and if any riders are tied on equal scores after two rounds, a jump-off determines the winner.

Daniel Deusser (GER) enters this event as not only the defending Champion, but also the “Live Contender” for the Rolex Grand Slam after winning at the Dutch Masters in March. He’ll bring forward Killer Queen VDM (Eldorado vd Zeshoek x For Pleasure), who not only partnered with Deusser for last year’s Rolex Grand Prix victory, but also finished second in the Sparkassen Youngesters Cup Final at the venue in 2018. This mare’s record at Aachen is hardly believable.

In nine starts at CHIO Aachen since 2018, Killer Queen VDM has never had a rail. This includes a double-clear performance in the Mercedes Benz Nations Cup last year and a win in the RWE Prize of North Rhine Westphalia in 2019. Killer Queen’s average placing at Aachen is 4. Wow.

Deusser alone also has an impressive record at this venue. In 100 starts since 2009, he has averaged just 3 faults and a finish position in the top 15 across all mounts.

Martin Fuchs (SUI) is eligible for the non-consecutive bonus, and this year’s Longines FEI Jumping World Cup™ Final Champion enters the event as the World’s top ranked show jumping athlete. In 2022, Fuchs, already a European Champion (2019), in on pace for a career best year. He is averaging just 2 faults across all mounts and a finish position of 17.

Make your selections for the CSIO5* Rolex Grand Prix at CHIO Aachen at Prixview.com/fantasy.