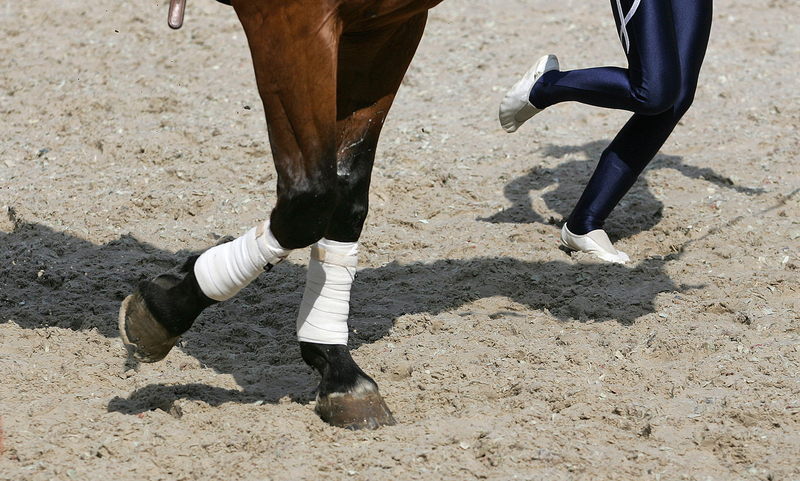 The Canadian vaulting team will compete in their fourth championship in the ECCO FEI World Championships in Herning, Denmark in August.

Canada last campaigned a team in 2018 at the World Equestrian Games in Tryon, North Carolina, where they finished in 10th place. The sport, though, has grown since then, and so have the young riders who will be taking up the gauntlet at the ultra competitive venue in Denmark. They have individually qualified two female and one male athlete.

“We are thrilled to have three vaulting athletes heading to Herning this summer,” said director, high performance James Hood.

“It is exciting to see a contingent of younger athletes stepping up to represent Canada. All have been competing internationally for some time and have the maturity and skills to make a statement at the Worlds this year.”

Those athletes are 18-year-old Averill Saunders, 21-year-old Shaina Hammond and 20-year-old Talmage Conrad. Led by Hood and chef d’équipe Kathleen Saunders, the three athletes might be young but they have a plan to be expertly prepared.

“Averill, Talmage and Shaina will be settling in Europe before anyone else to acclimatize to their local horses and build connections that will help their performances in August. We are all looking forward to seeing what they will accomplish and have confidence their passion and competitive spirit as a team will make Canada proud,” said Hood.

Averill Saunders is 18-years-old and is from Sundre, Alberta. She has represented Canada internationally for the the past seven years, and most recently became the first female individual to ever make the top 15 in the 2021 Junior World Vaulting Championships.

Shaina Hammond is 21 years old and is a duel citizen, living in Parksville, BC and Utah, USA. She has competed internationally for for six years, becoming a three-time U.S. National champion and began competing for Canada in 2018.

Talmage Conrad is 20-years old and from Lethbridge, Alberta and has been competing internationally since 2016. He represented Canada at the Junior World Championships in the Netherlands in 2019 and achieved a top 10 finish.