Laura Collett and London 52 Are Setting Records and Taking Names 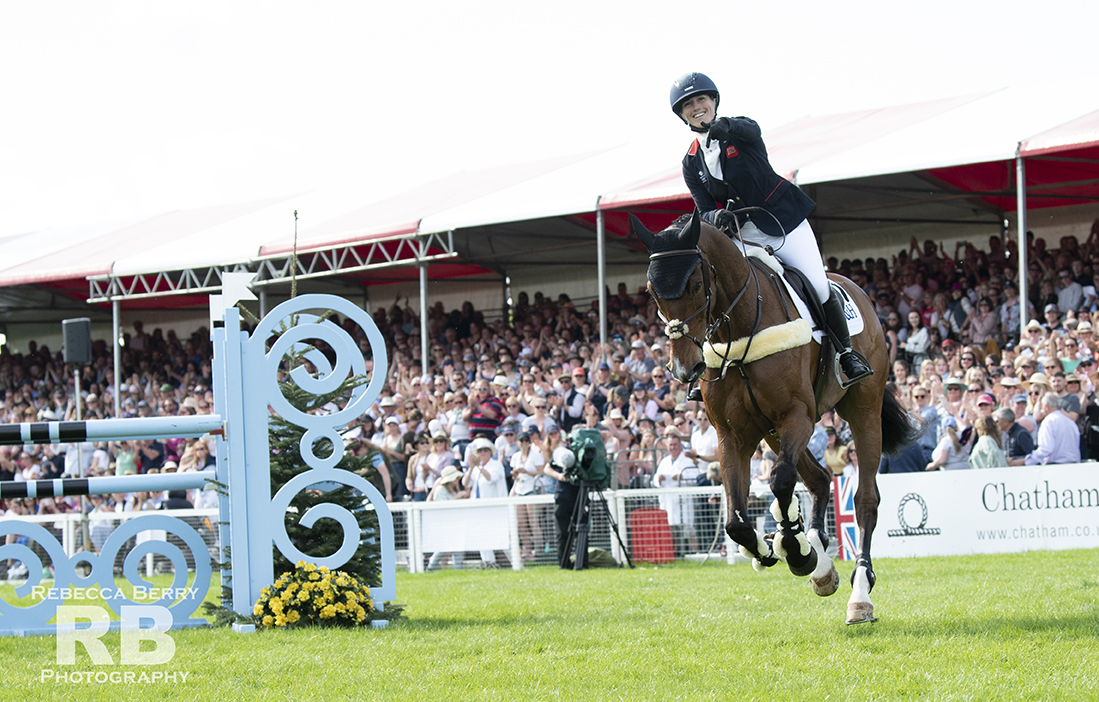 “I’m the luckiest girl in the world to be sat on a horse like him,” Laura Collett (GBR) said of her horse London 52.

She’s on her way be the winningest, too. Collett and the 13-year-old Holsteiner gelding have made two career 5* starts to date—and won them both with record setting scores.

Their latest conquest: Badminton Horse Trials in the UK.

The Olympic team gold medalists led the 2022 event from start to finish this week, scoring a 21 in dressage, posting a double clear in cross country, and adding just 0.4 of a penalty to their score in show jumping. The result: an all-time Badminton record score of 21.4. It’s a mere 0.1 penalty off their record setting 21.3 score at Pau 2020.

That’s two record setting scores in under two years for Collett and London 52. They now hold two of the top three 5* finishing scores ever recorded, according to EquiRatings.

After a two-year hiatus due to the pandemic, the crowds were out in force on Sunday to see who would take home the Badminton Horse Trials Trophy and the £100,000 in prize money. With much fanfare, the arrival of Princess Anne and a parade of competitors, spectators settled into their seats for the top 20 riders to show jump.

Tensions were running high as less than one point separated world No. 1 Oliver Townend (GBR) on both second and third place mounts, and Rosalind Canter (GBR) and Lordships Graffalo sitting in fourth place.

Townend rode his third-placed horse, Ballaghmor Class, early in the order. Alas, a rail and 0.4 time faults dropped him to fifth place overall.

“The horses are very professional and special. It has been a very good week and has been enjoyable to see people back. The atmosphere has been unreal,” Townend said.

Third last to go, Canter and Lordships Graffalo produce a double clear to keep the pressure on Townend with his second mount and Collett with London 52.

“He is an amazing horse… and I truly think he had a wonderful week,” said Canter of the 10-year-old British Sport Horse gelding.

Entering the ring on Swallow Springs and with no room for error, Townend pulled another unfortunate rail, dropping the pair to third and moving Canter into the second.

With a rail and 0.6 time in hand, Collett and London 52 entered the ring last. The crowd was hushed as she saluted then made her way to the first fence and wove their way around the course, erupting into cheers as they crossed the finish line with all the poles in place, and just 0.4 in time penalties. Collett and London 52 took a victory gallop to a roaring crowd on their feet.

“He just gets better and better and the most exciting thing is he is still young enough to come back and do it all again,” said Collett.