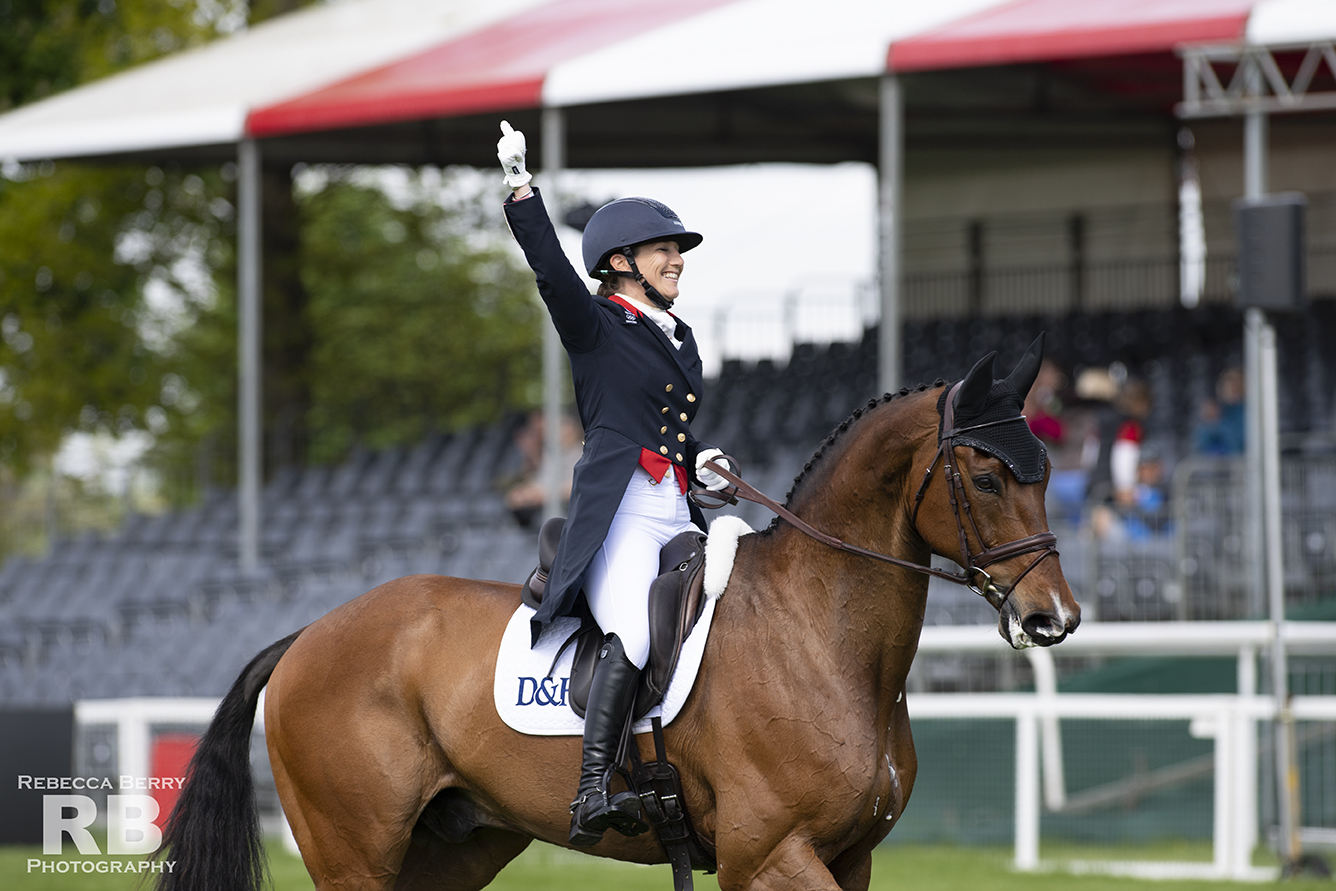 Great Britain maintains its lock on the leaderboard after the second day of dressage at the 2022 Badminton Horse Trials in the UK, but there’s been a shake up at the top.

Laura Collett and the handsome London 52 rode a beautiful test, scoring multiple 10s, to take over the lead with a score of 21.0. It’s a top five all-time best dressage score at Badminton and the highest test score ever recorded by a woman at the iconic venue, reports Equiratings.

“It’s not often you go into the dressage arena at Badminton and actually have a nice time, but I can say I definitely did that today,” Collett said after her test.

McEwen and Toledo De Kerser remain in the second position on their score of 23.4, while Kitty King and Vendredi Biats keeps a hold on third on a 24.8.

“I was thrilled with him yesterday,” King said of “Froggy,” a horse said to have a cheeky character and a propensity to buck his riders off. “And to be honest I am quite shocked to still be up here. There were some brilliant combinations today.”

After two full days of dressage, it is now time to switch gears and start thinking about cross-country. The course looks imposing, but since I’m not a 5* rider it should. The Ford Broken Bridge is reminiscent of old-school eventing and will be surrounded by spectators on Saturday, as will the new Rolex Rails set just before the infamous Holland and Cooper Vicarage Vee.

“You’re going to have to have a very brave and real 5* horse and I just hope that [London 52] decides that he is brave enough to be a real-life 5* horse tomorrow,” Collett said of Saturday’s cross-country.

Tamra Smith remains the top placed American, currently sitting in fifth with Maui Baum (25.3). Her closest compatriot is Phillip Dutton on Z, who sits in a distant 39th position (33.2).