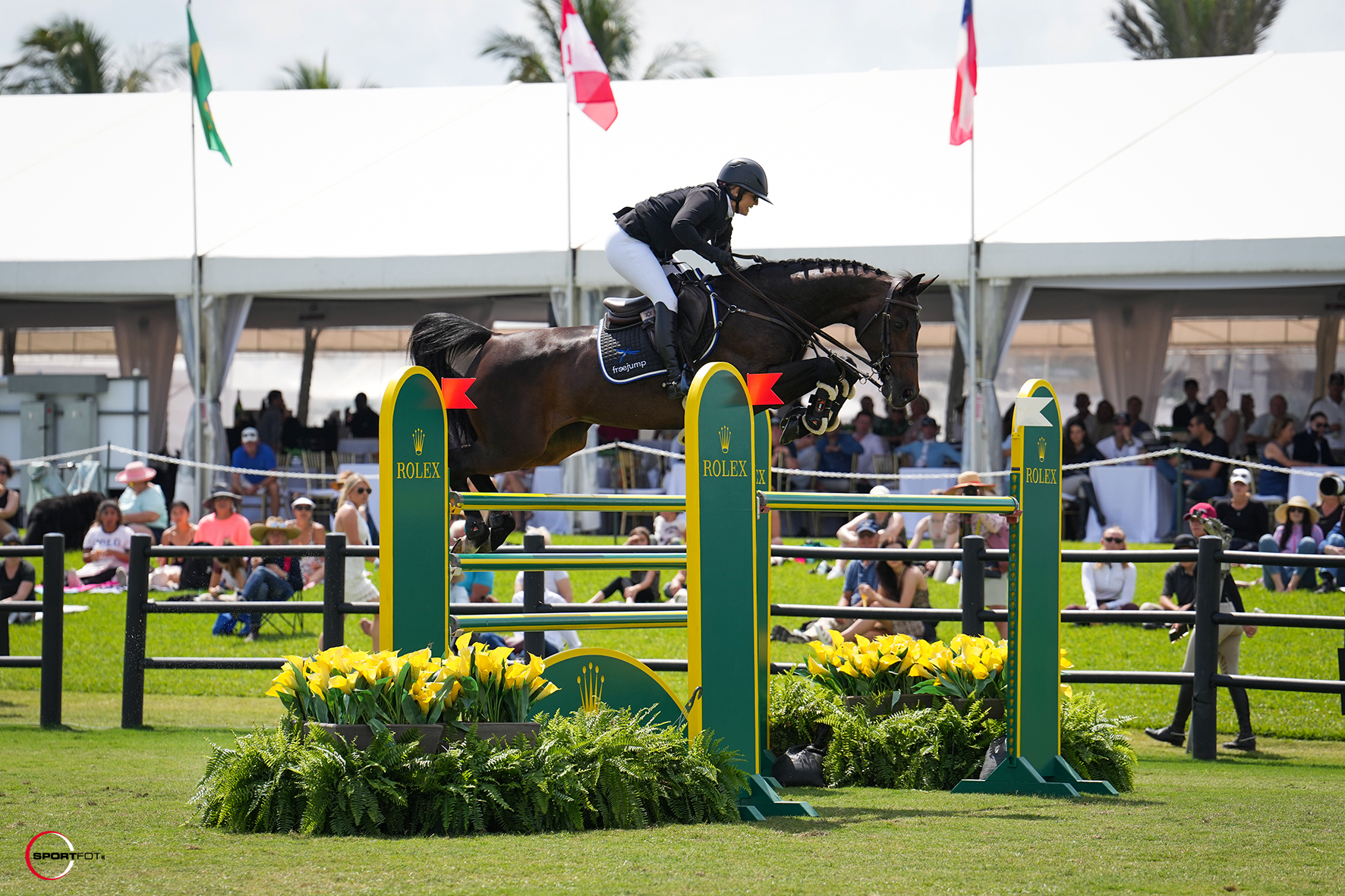 But it wasn’t a slow burn. The pair had a short five-weeks to get acquainted before capturing their first 5* Grand Prix win. It was the mare’s 5* Grand Prix debut and the pair’s first ever jump off together.

Equally surprising was the path that brought them together. The 12-year-old mare by Diarado, affectionately known as “Korra”, was previously picked up by Belgium’s famed Philippaerts’ twins—Olivier (BEL) campaigned her as an eight-year-old before brother Nicola took over the reins for her international debut.

Perhaps it was foreshadowing, but Bond and her father were present when Engle tried Korra. The mare caught their eye right away.

If the perfect horse arrives on your arena doorstep, could you turn it away?

When sparks didn’t fly for Engle (USA) and Korra, the mare was sent back to Nicola a year later to resell during the winter circuit in Florida.

“Nicola asked if he could come by [our farm] and school a horse,” shared Bond.“Then I see Tiffany, his head groom, opening the trailer and I said, ‘Wait, that’s Korra!'”

Nicola suggested that Bond sit on the mare, but it took some convincing. She wasn’t in the market for a new mount at the time, and she prefers to buy horses she can eventually resell. At 12-years-old, the mare was pushing the boundaries of prime resale age.

“They convinced me to get on her, begrudgingly, and then it was like a perfect match. It was just so good,” she recalled.

Steve, Bond’s father and business partner, struck a deal with Engle and the next day the mare was back in her stable.

“It was a total God thing. She was literally brought to my stable,” said Bond. “It was crazy.”

The pair competed in their first 4* Grand Prix on Week 10 of WEF, two weeks before the Rolex Grand Prix, jumping a conservative clear with two time faults.

“It was our first night class—she’s never done a night class—and we are just getting to know each other,” she explained. “[Our plan was] to take the pressure off, not worry about the time allowed, and just go out there and get to know her.”

Bond didn’t intended to show the mare again until Longines Global Champions Tour Miami in April, after they’d had more time in the tack.

While they were able to stick to the first part of the plan, you can’t fight fate. As the Rolex Grand Prix approached, her top horse Donatello was coming back from two-months off due to an abscess and felt rusty. Her other ride, Contefina, had an overreach just prior to WEF Week 10. Not wanting to push her top two mounts, Bond decided to give Korra a crack at the class.

It was a win, win

Coming out on top in their first 5* class against a highly seasoned field undoubtedly felt good. But what does Korra feel like to ride?

“She’s very, very sensitive. She’s got a lot of blood, but for me she’s not that hot,” said Bond, comparing Korra to her string.

“She’s more sensitive to me than anything because it’s in her brain. She does not like when you hold and balance on your hands, she wants to be left alone. And you can make adjustments, but she can get a little bit shaking of the head when you pull too hard. But then she’s also very sensitive in the air so you can’t hold on her mouth in the air.”

For Bond, a forward rhythm riding rider, this style ride favors them both.

“She’s just my match, I don’t know how to explain it other than she’s my perfect ride.”